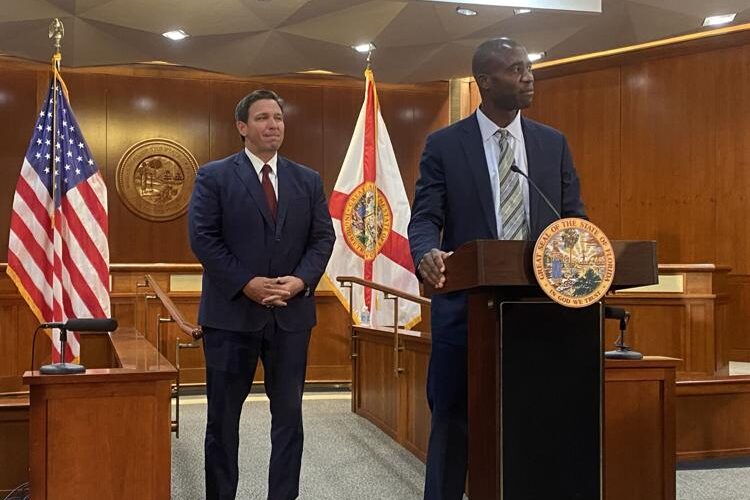 The Florida Department of Health on Wednesday released guidance that said treatment such as puberty-blocking medication and hormone therapy should not be used for transgender youths, clashing with federal officials over the issue.

The guidance came amid debates in other states about such treatment and is the latest move by Gov. Ron DeSantis’ administration and Republican leaders to target transgender issues. As an example, DeSantis last month signed a controversial law that restricts instruction about gender identity and sexual orientation in public schools.

A news release from the Department of Health said the guidance addresses treatment of gender dysphoria, which the federal government defines as clinically “significant distress that a person may feel when sex or gender assigned at birth is not the same as their identity.”

“It was about injecting political ideology into the health of our children,” Ladapo said. “Children experiencing gender dysphoria should be supported by family and seek counseling, not pushed into an irreversible decision before they reach 18.”

But the U.S. Department of Health and Human Services last month issued guidance that said its Office for Civil Rights “will continue working to ensure that transgender and gender nonconforming youth are able to access health care free from the burden of discrimination.”

“The Department of Health & Human Services stands with transgender and gender nonconforming youth and their families — and the significant majority of expert medical associations — in unequivocally stating that gender affirming care for minors, when medically appropriate and necessary, improves their physical and mental health,” the federal agency’s statement said. “Attempts to restrict, challenge or falsely characterize this potentially lifesaving care as abuse is dangerous. Such attempts block parents from making critical health care decisions for their children, create a chilling effect on health care providers who are necessary to provide care for these youth, and ultimately negatively impact the health and well-being of transgender and gender nonconforming youth.”

Among medical groups that have supported such treatment are the American Academy of Pediatrics.

“AAP (the academy) policy states that youths who identify as transgender should have access to comprehensive, gender-affirming and developmentally appropriate health care that is provided in a safe and inclusive clinical space in close consultation with parents,” said a post this month on the academy’s website.

Issues about treatment of transgender youths have led to fights in states such as Alabama and Texas. Alabama Gov. Kay Ivey this month signed a measure that would make it a crime to provide treatment such as puberty-blocking medication and hormone-replacement therapy. The measure quickly drew a legal challenge.

“The department crafted this guidance using published and peer-reviewed data that calls into question the motives of the federal HHS,” the accompanying news release said. “Guidance of this magnitude requires a full, diligent understanding of the scientific evidence.”

But the LGBTQ-advocacy group Equality Florida issued a statement that said the DeSantis administration “seeks to replace science and the safety of young people with political propaganda.”

“The Florida Department of Health has released non-binding guidance opposing science-backed health care resources for parents of transgender children,” the Equality Florida statement said. “This guidance demonizes life-saving, medically necessary care and asserts that the government, not parents, knows best when it comes to health care for our children. And, once again, DeSantis wants the government to intrude into doctors’ offices to pander to extremists in service to his political ambitions.”