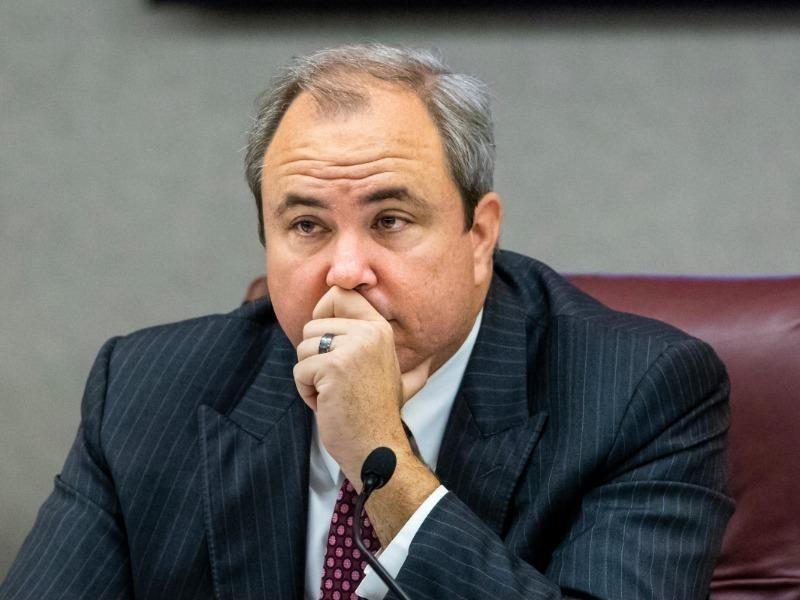 TALLAHASSEE – A proposal that could pump more than $600 million a year in tax dollars into coronavirus-damaged state and local coffers got off to a quick start Monday in the Florida Senate.

But backers of the proposal (SB 50), which drew unanimous support from the Senate Commerce and Tourism Committee, just don’t want anyone calling tax collections required in the bill a “new” tax.

Sen. Joe Gruters, who doubles as chairman of the state Republican Party, said his proposal simply requires online businesses with no physical presence in Florida to collect sales taxes when customers in Florida make purchases.

Currently, through what is sort of an honor system, Florida residents are supposed to submit the tax money when it is not collected by out-of-state retailers.

“I think this bill will help consumers at the end of the day, because most don’t have the wherewithal to go on to the Department of Revenue website to download those forms to calculate the taxes that are out there,” said Gruters, a Sarasota Republican who is a certified public accountant.

However, Karen Woodall, executive director of the Florida Center for Fiscal and Economic Policy, cautioned that even though the sales tax already exists, the effort remains “regressive” for Floridians who “have not been paying” the tax on online purchases.

“If you’re going to raise the state sales tax, we’re encouraging you to also look at returning the state corporate income tax rate that was there before 2018 as a fair way to raise revenue,” Woodall said.

Rich Templin, a lobbyist for the Florida AFL-CIO, said the state needs to take a bigger view on meeting revenue needs, as the bill will impact front-line workers and, regardless of technicalities, will be viewed as a “new tax.”

“When they make their online purchases, they will be spending more on those purchases,” Templin said.

Gruters’ bill will be considered during the legislative session that starts March 2, as lawmakers also grapple with major budget problems stemming from the coronavirus pandemic.

While an estimate hasn’t been issued for the bill, a staff analysis of a similar proposal Gruters filed for the 2020 legislation said the change would generate $479 million for the state government and $132.9 million for local governments during this fiscal year.

But fears about the proposal being considered a new tax have stymied efforts to pass it, even though the change has been supported by large business groups, the Florida League of Cities and the Florida Association of Counties.

As state and local governments face budget crunches – and as the pandemic has led to more shopping online – a task force led by officials from Associated Industries of Florida, the Florida Retail Federation, the National Federation of Independent Business Florida and the Florida Restaurant & Lodging Association included the online sales tax collection in a list of proposals for the 2021 legislative session.

Tallahassee-based Florida TaxWatch for years has argued the proposal would ensure online dealers don’t have an advantage over brick-and-mortar stores in selling the same products without the added state tax.

“They are invading our markets, and we are not collecting the sales and use tax. We are putting our own employers at a clear competitive disadvantage,” TaxWatch President and CEO Dominic Calabro said. “This needed to be done before this pandemic and absolutely must be done because of the pandemic.”

Gruters’ 2020 proposal did not get through Senate committees. The House never took up a version of the bill, which was sponsored by Rep. Chuck Clemons, a Newberry Republican who is again sponsoring the issue for the 2021 session (HB 15).

Many online sales to Floridians are taxed if, for example, retailers have stores or other operations in the state. But Gruters’ proposal uses a 2018 U.S. Supreme Court decision in a case known as South Dakota v. Wayfair as a basis for trying to require other out-of-state businesses to collect and remit the taxes to Florida.

A South Dakota law, which focuses on remote sellers with $100,000 of sales or 200 individual transactions into the state, has since been copied by 43 states and the District of Columbia. Another 38 states and D.C. have set up marketplace provider collections.

Florida Senate President Wilton Simpson, R-Trilby, has highlighted the proposal as a way for lawmakers to offset a projected $2.75 billion revenue shortfall. Simpson has also proposed establishing a new gambling agreement with the Seminole Tribe of Florida.