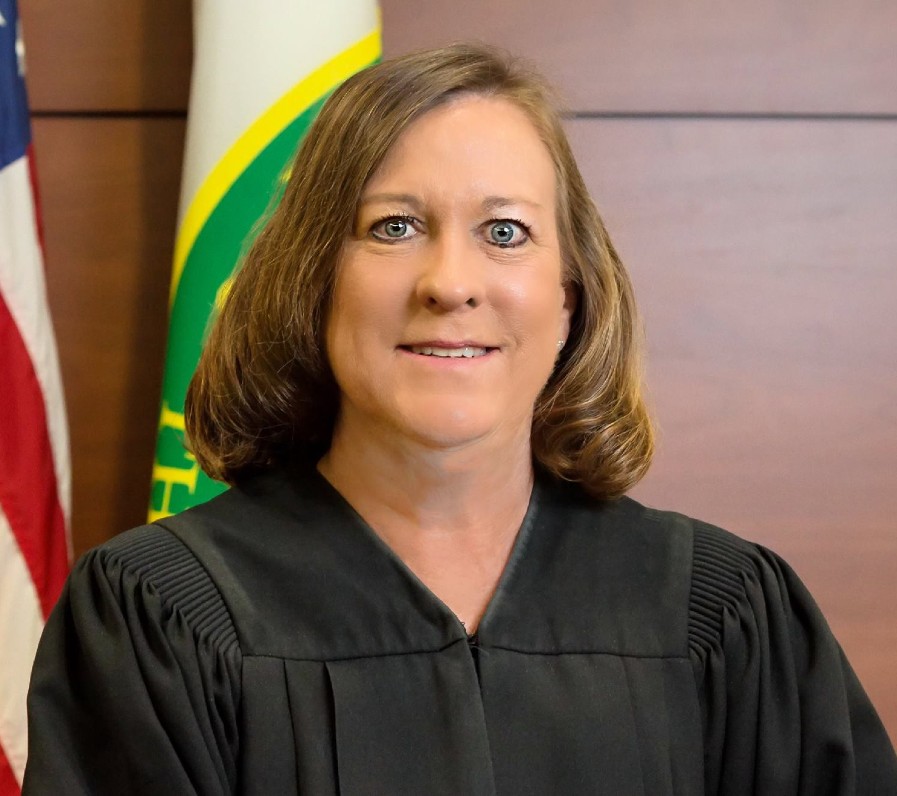 County Judge Sarah Ritterhoff Williams announced her retirement on Friday, citing the increased caseload, the job’s growing reliance on technology and the backlog of cases due in part to COVID-19.

In her letter to Gov. Ron DeSantis, Ritterhoff Williams said she will retire effective midnight May 14.

“Due to the increased civil jurisdiction limits, the un-funding of traffic hearing officers, necessary COVID changes in technology, the way our courts now run, and the backlogs that have resulted, this job is no longer a good fit for me,” the letter states.

Ritterhoff Williams, 61, was first elected to the post in 2006. She was reelected in 2018 to her third consecutive six-year term.

Her resignation comes at a time when courts are faced with mounting backlogs and the likelihood of cuts to funding thanks to the pandemic’s effects on state revenue.

She said the increased use of video conferencing and the technology behind it were a big reason for her decision.

“The technology is just not a good fit for this 61-year-old. My kids say, ‘Mom, it’s painful to watch you try to use your phone,’” Ritterhoff Williams said.

But she also chafes at the cavalier attitude some have when using video conferencing.

“I tell everyone to treat it like a virtual courtroom. This is a court proceeding,” she said.

But not everyone abides by that admonition. She has seen people smoking, shirtless, naked, eating, sleeping and otherwise acting in ways they would never act in a courtroom. One attorney even appeared before her while he was driving. She heard of another lawyer appearing before a judge while at the golf course.

“These changes are not going away,” she said. “I’m excited to allow some young attorney to fulfill their lifetime dream of becoming a judge, and hopefully, it will be a better fit for them, and they will handle the changes better than I have.”

DeSantis will likely appoint someone to take over Ritterhoff’s term, which runs through 2024.

But even before the pandemic brought on technological changes, county judges were assigned more duties.

In her letter, Ritterhoff Williams’ refers to changes in the civil jurisdictional limits, which started in January 2020. Under the new limits, county judges are tasked with resolving civil disputes that involve $30,000 or less. Before that limit was $15,000. Above the limit, the cases are resolved in circuit court. Marion County is in the 5th Judicial Circuit. Also, those limits will increase to $50,000 in 2023.

“We’re getting more cases, and those are more complicated cases,” she said.

In January, funding for the hearing officer that presided over traffic tickets ended. That function also now falls to county judges.

That added hundreds of traffic cases to the dockets of county judges. Judges now have to preside over defendants disputing everything from window tint issues to parking violations.

“Basically, they did a huge disservice for the judges when we lost our traffic hearing officer,” she said.

Then there is the building backlog of criminal cases in the system. Marion County has not heard a criminal or civil jury trial since March due to the COVID-19 pandemic. Currently, jury trials are on hold indefinitely after a steep spike in cases locally.

Ritterhoff Williams’ retirement comes after nearly 37 years in the legal field. She started as a local public defender before serving 22 years as a state attorney and eventually running for county judge.

Under the terms of her retirement, she cannot work for a year. But after that, she hopes to return as a senior judge to help with the backlog of cases, which could take years to clear.

“It was an honor and a privilege. It was the best job in the world,” she said. “My hope is on May 14, there will be two very happy people in Marion County. There will be me and some attorney who will get to be a new judge.”