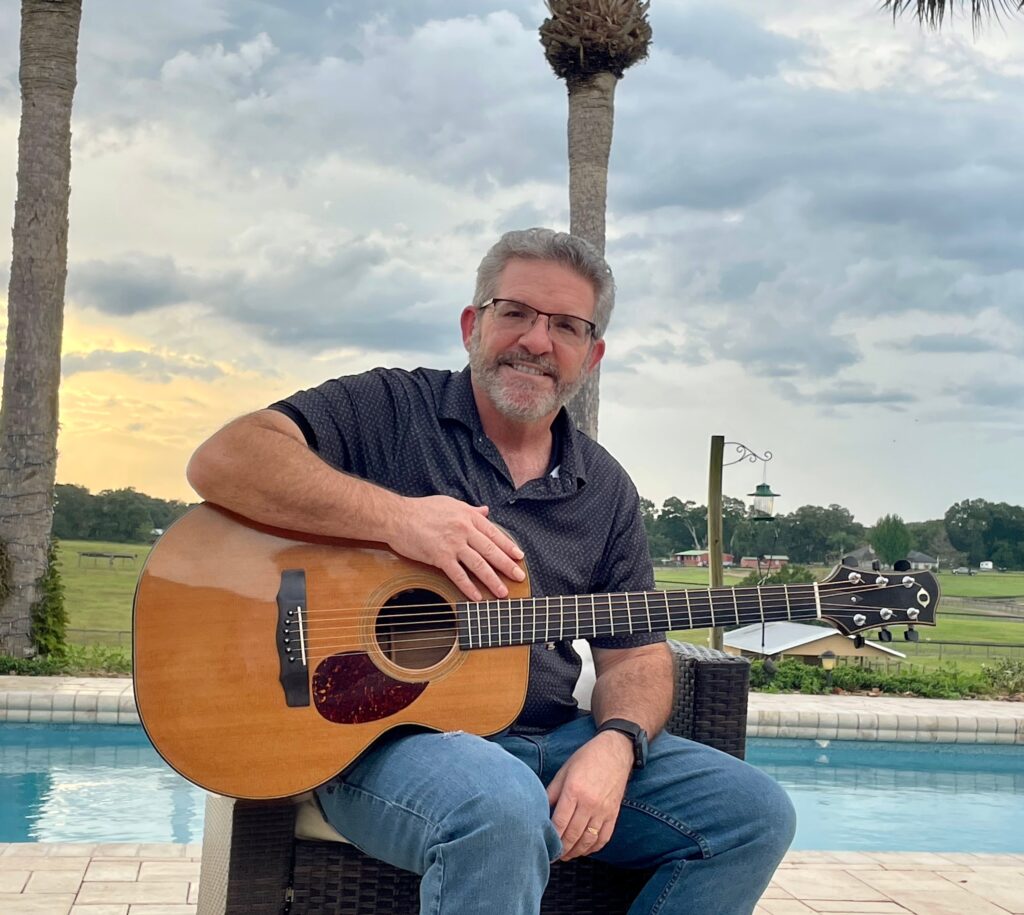 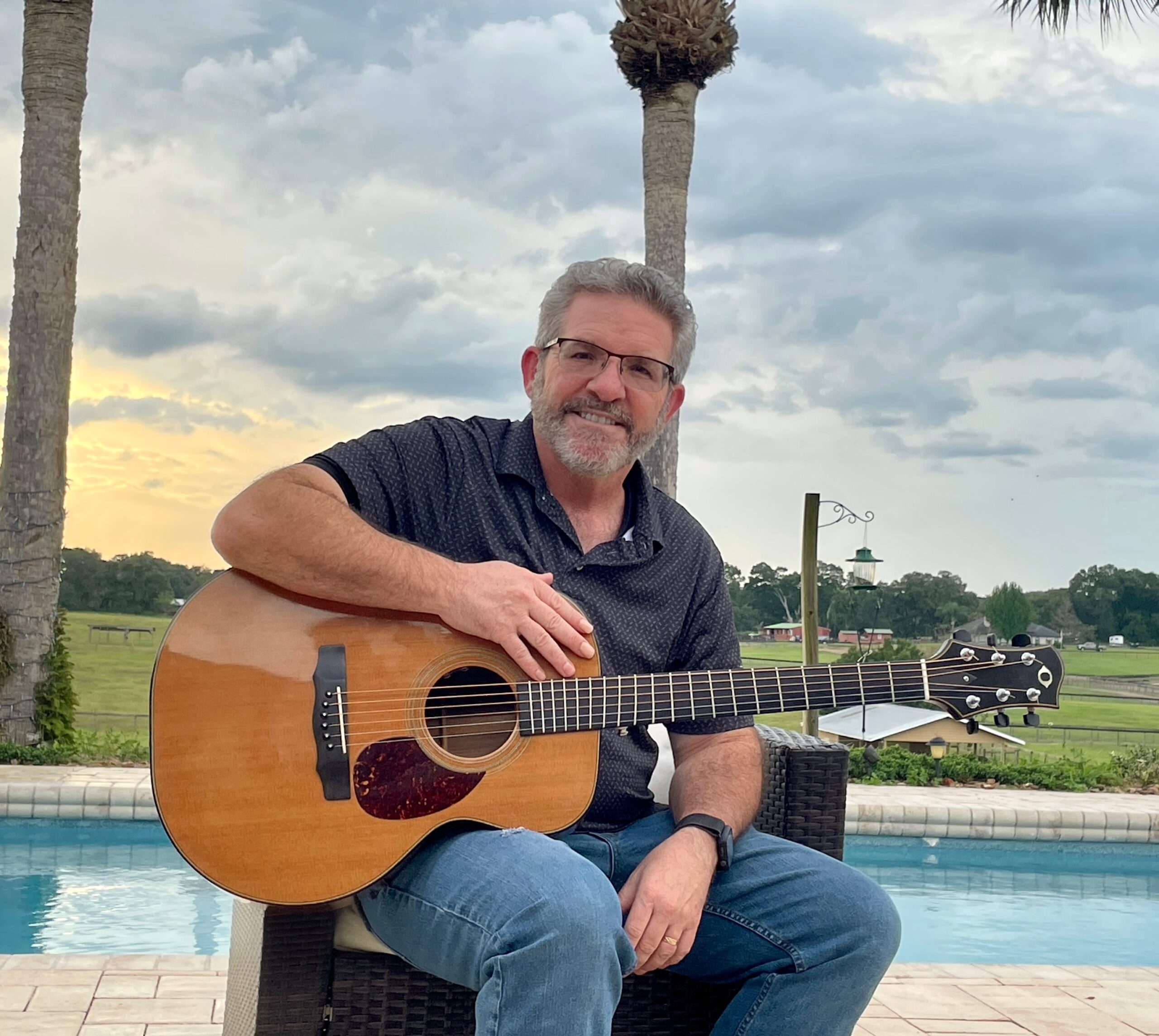 A dentist, musician, family man and Navy veteran, Scott Jackson has carved out an enviable life playing well with others, but this decade has set the award-winning singer-songwriter on a solo course.

On Sept. 29, Jackson turns 57, having rebooted his musical career with the recently released full album “Shipwrecked.”

Big names, good friends, Gaelic muses and the dearly departed all join Jackson spiritually and physically on this folk-acoustic voyage.

Bruce Swedien, the sound man Quincy Jones called “the absolute best engineer in the business” inspired the title of “Shipwrecked,” the title song from Jackson’s new album. Before he died of surgery complications last year, the Grammy-winning sound engineer behind Michael Jackson’s “Thriller” invited Scott Jackson and wife Valorie to his home for dinner.

Swedien and his stories made a profound impression on Jackson. The master mixer reminisced about his boat and how he and his wife would go sailing together. He declared that if they were ever shipwrecked, he would be the happiest stranded with her.

“That sort of inspired the album’s title song,’” Jackson shared. “Even though it sounds like it might be something bad, ‘Shipwrecked’ is really a love song.”

Labors of love have kept Jackson going in every facet of his life. A partner at Jackson & Joyce Family Dentistry, the singer-songwriter who speaks in cheerful tones expressed the hope his music provides an escape. Along with losing his friend Swedien, Jackson dealt with the loss of his father, Charles Jackson, last year. Recollections of his dad and bygone days add a twinge of bittersweet nostalgia to “Shipwrecked.”

Born in Hialeah, Jackson grew up in Miami and moved to the Ocala area to be near his parents, sister and cousins after serving in the Navy. He seized moments between office visits, family time with daughters Randi, Cori and Dana, professional conferences and courses to polish up his guitar and songwriting through the years, playing in duos and bands on and off since the 1990s.

Jackson played in the mellow acoustic act 3-D, which covered country western, oldies and pop hits. He occasionally plays with bandmate Cohen in the act Woundtight.

“We do still play some events up north,” Jackson said. “Originally our band was called 3D for 3 dentists: Dr Bill Clark, Dr. Andy Cohen and myself. That eventually split up and me and Andy stayed together as Woundtight. He lives in Georgia so we play up there on occasion. I started the solo thing fairly recently, and I’m trying to get that going mostly.”

Jackson’s daughters, now adults, have flown the coop, so the empty nester set up a home studio in daughter Randi’s old bedroom, collaborating with musicians locally and across the Atlantic to record “Shipwrecked.”

Sunshine State history, old souls and scenes of everyday life, from the battle of Olustee to fishing off gulf coast bridges ground “Shipwrecked” in Jackson’s home state. Subtly textured with a wide range of string, percussion and reed instruments, the album resonates with pleasing sprinkles of Irish folk music.

The cover photo depicts a shipwreck on Inisheer island in Galway, Ireland. When asked if the Gaelic elements were simply artistic choices or a tribute to heritage, Jackson replied that he is indeed part Irish, so “a bit of both.” In “Another Day,” Rodoslav Lorkovic’s piano and accordion glisten with a gentle luster.

“He is a friend of mine,” Jackson says of the multi-instrumentalist. “He’s a great musician. I met him when the Actor Ronny Cox (from the movies Deliverance and Robocop) came to our house to play.”

Jackson has been influenced heavily by James Taylor and even plays the same Olson acoustic guitar. He also borrows some phrasings from the late great Jim Croce, introduced to him at a young age by his older sister.

The winner of Best New Florida Song in the Will McLean Festival, the tune “Florida Highway” should strike a chord with anyone who’s left their childhood hometown behind. The song takes us on the road home by way of past memories.

And, just as he expresses in the song, Jackson says his life in Ocala is better with “family and friends that make it home.”

His mom, Louise, still works in his office, he said. “She’ll be 90 this year and she’s been working with me since I opened the practice up here.”