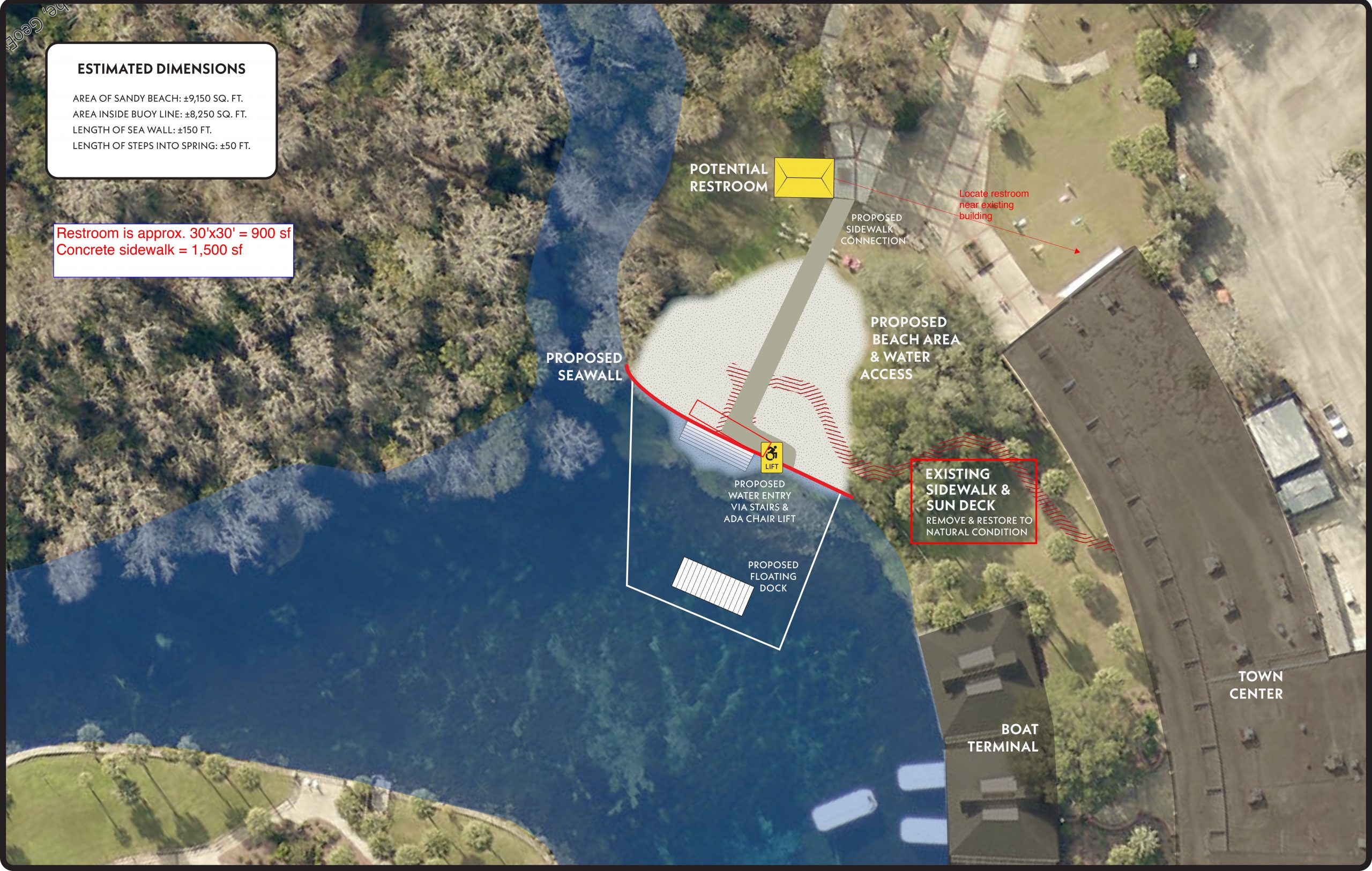 An amenity improvements project that will add a swimming area at Silver Springs State Park is currently being developed and could begin construction in the fall.

Alexandra Kuchta, press secretary with the Florida Department of Environmental Protection, gave an update on the progress of the project, which is currently in the design and development phase.

“The Florida DEP is committed to providing high quality, resource based recreation to the residents of Florida and visitors to our state,” Kuchta said.

The Florida Parks Service released a conceptual design of what the swimming area is expected to look like in 2020. It will have a similar layout to the swimming beach that many longtime residents of Ocala remember from when the springs were previously open to swimmers.

The swimming area will be constructed within the springhead and downstream paddle access, adjacent to the glass bottom boat docks.

A floating dock out into the spring has also been planned.

The plan for a swimming area has been in the works since the springs became a state park in 2014. Budget issues have caused the project to be delayed.

“The project will require permitting from the U.S. Army Corps of Engineers and the St. Johns River Water Management District before selecting a contractor,” Kuchta said.

Once permitting is complete, the selection of a contractor will take approximately 60-90 days, according to Kuchta.

The design and development phase will tentatively be completed in the fall of 2021. As of now, there is no timetable set for the completion of the project.

“Permitting for this project is in the early stages,” Kuchta said.

The swimming area is expected to cost approximately $1.5 million.

Officials plan to limit the number of people that will have access to the swimming area. The limit is an effort to protect the springs from overuse and potential environmental damage.