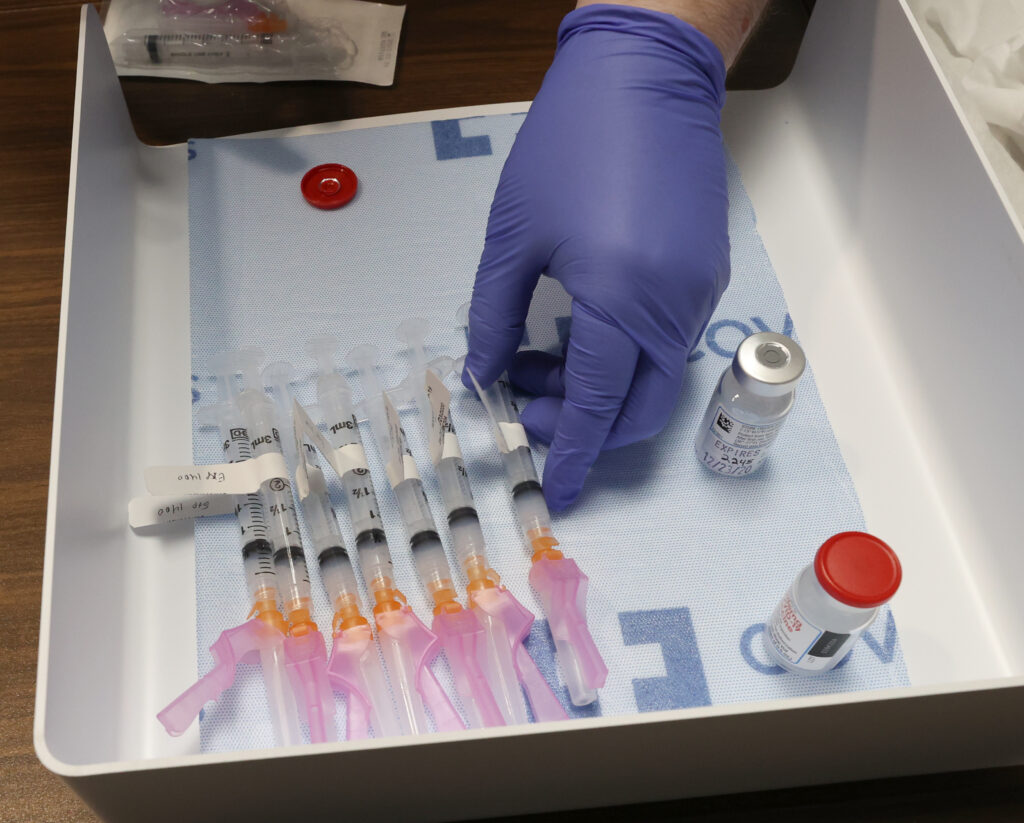 TALLAHASSEE – “Shot shopping” by seniors from neighboring areas and uncertainty about COVID-19 vaccine allotments are vexing local officials in rural counties, but the state’s emergency management chief blames the problems on supply shortages.

The small counties’ frustration is among a litany of complaints about Florida’s rollout of COVID-19 vaccines, as elected officials in counties of all sizes are flooded by requests from constituents trying to get potentially life-saving shots.

Okeechobee County Commissioner Terry Burroughs said residents of his county – which will receive 500 doses this week – are being “short-changed” because people from nearby regions are snapping up the highly sought-after inoculations.

Adding to the frustration of officials who are part of the state Small County Coalition, where Burroughs is vice-chairman, was a lack of information about how the state was divvying up the vaccine doses.

But in an appearance before a Senate committee last week, Florida Division of Emergency Management Director Jared Moskowitz tried to clear up some of the confusion.

Moskowitz said the state was allotting vaccine doses to counties based on the number of residents ages 65 and older. The distribution is aimed at carrying out Gov. Ron DeSantis’ order to put seniors and health-care workers who have direct contact with patients at the head of the line for shots.

But Burroughs – whose county abuts Indian River, Martin and St. Lucie counties – and his cohorts are worried that their shots will be poached by people from nearby counties that have been granted greater allotments.

“I think the bigger issue boils down to this: We have a smaller allocation, and we have people from the coast trying to get into ours,” he told The News Service of Florida.

But Burroughs said that, while Moskowitz is “being extremely responsive” to the small counties, the state’s approach is problematic.

“That’s an honorable goal for the state of Florida. I got it,” he said. “But if they come over here and they reduce the number of shots I have in my own county, that seems to be a problem for me… My responsibility is to my county and not to the state, quite frankly.”

Allotments begin each Tuesday, when federal officials tell states how many doses of vaccines they will receive the following week. Each county’s allocations are sent to local health departments and county emergency management offices on Thursdays, Moskowitz said.

Doses are sent to long-term care facilities and special vaccination “pods,” such as churches in minority communities, set up around Florida. The remaining shots are provided to county health departments for people ages 65 and older, according to Moskowitz.

Florida’s allocation jumped to 307,000 this week, an increase of about 41,000 doses from recent weeks. Because of the boost, 27 hospitals throughout the state will receive 28,000 doses this week. In addition to seniors, hospitals are allowed to give the COVID-19 vaccinations to “extremely vulnerable” people with underlying medical conditions.

Even with additional doses, demand for vaccinations is outstripping the supply in Florida, home to approximately 4.3 million residents ages 65 and older and countless other senior “snowbirds” who temporarily call the Sunshine State home during the winter.

As a former local government official, Moskowitz said he empathizes with the smaller counties.

DeSantis’ administration recently launched a statewide vaccination “pre-registration” system intended to streamline the appointment process, but not all counties have enrolled in the program.

People who sign up for vaccinations using the online system will receive calls when appointments in their counties are available. To register online, visit myvaccine.fl.gov.