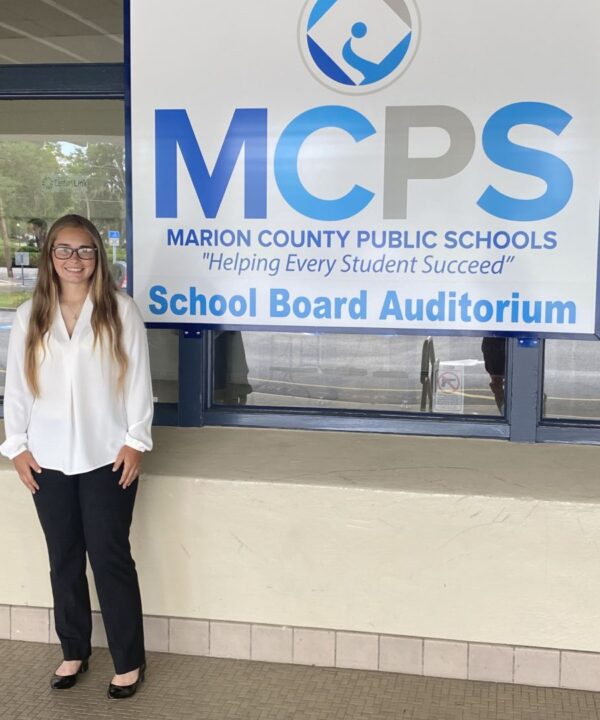 Taylor Smith has filed her intent to run for the office of Marion County School Board District 5 in the 2022 election cycle, according to the Marion County Supervisor of Elections website.

When asked why she decided to run, Smith, 24, said she believes that the public education system in America is broken and just throwing money at the problem doesn’t always fix the issue.

“We cannot continue to operate the same way and expect better outcomes,” Smith said. “My education was not the same as my parents. We must reexamine what we’re teaching our students.”

If elected, Smith said she would work to resolve the “problematic” issue of cell phones in classrooms; she would incentivize students to arrive to class on time, engaged and ready to learn; and she would enhance vocational opportunities for students.

“Instead of spending millions on a new school board location, let’s build an equine vocational facility where many students could attain jobs in our equine industry,” she said.

Parental involvement is another issue of great concern to Smith who said she wants parents to know she is in their corner.

“I believe it is a parent’s right to know everything occurring in their child’s education,” Smith said, adding that parents should “have a say” as well.

Growing up on a farm, Smith learned how to break and train wild mustangs when she was only 16 and still attending West Port High School. She graduated in 2016. She said she now lives and works on the Circle T farm where as manager she helps breed thoroughbred horses and cattle.

Smith is the only active-filed candidate for the District 5 seat. Parish Tanner, who had previously filed to run, withdrew from the race, according to the Marion County Supervisor of Elections website. Smith currently has $0 in contributions as of April 26. Current District 5 board member Kelly King, elected in 2018, has yet to file her intent to run in 2022 as of this reporting.

The voter registration deadline is July 25.

Early voting begins on Aug. 13 and runs through to Aug. 20, from 10 a.m. to 6 p.m. The mail ballot request deadline is Aug. 13 by 5 p.m. (Mail ballots must be received by the Supervisor of Elections office by 7 p.m. Election Day to be counted.)