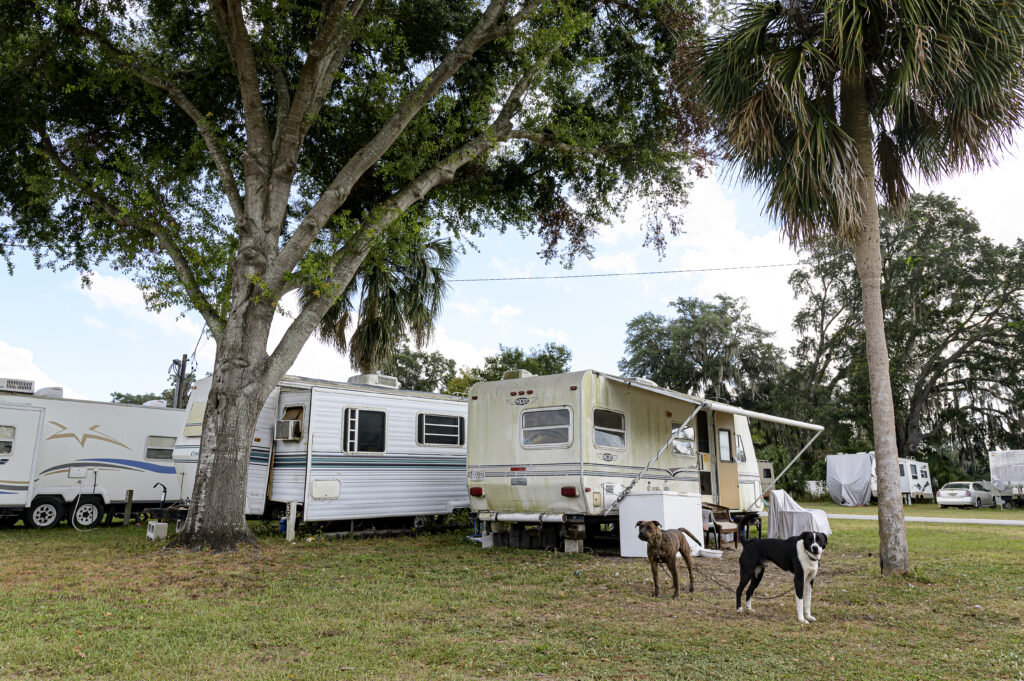 He will tell you the power steering pump is on its way out. Others might say it could use a good wash.

“I’ve got more invested in that car than what I paid for it,” Jerklin jokes.

But to him, the nearly 20-year-old machine is worth every penny he’s spent.

Jerklin, who moved to Ocala from Chicago in 1968 after his sister fell ill, has lived at Saving Mercy, 3601 W. Silver Springs Blvd., for two years now.

The organization’s goal is to get people off the street and provide stable housing while they get help and eventually live independently if able.

For years, Jerklin struggled with drug addiction, which saw him in and out of prison and struggling to keep a roof over his head. After his most recent stint behind bars in 2014, the Illinois native was living in the Recovery House of Ocala before making the transition to Unity Place, another Ocala-based halfway house.

However, when a disagreement with a roommate at Unity Place forced him out, Jerklin was left reeling for a place to live.

“I went to talk to Father Pat (Sheedy), and he got me in (Saving Mercy),” Jerklin said. “With the agreement, when I came here, that I was to help people… Take them to jobs, job searches… doctors, shopping. I was retired… and they would pay me for it.”

Jerklin, who had a career in truck driving behind him, didn’t think twice about Sheedy’s proposal.

Saving Mercy eventually stopped paying Jerklin. But he still offers his services to those residents who need a ride, doing it for little more than gas money.

“If they want to pay me, they pay me,” Jerklin said. “I tell them what I charge and I’m a lot cheaper than Uber, Lyft or the cabs… believe me. What I get paid, it barely keeps gas in my car. That’s about it.”

Fortunately for Jerklin, Saving Mercy, which just won approval from Ocala to begin Phase 1 of construction on building 144 transitional and permanent housing units on the property, bends when it can.

Sometimes, car repairs and other expenses cause Jerklin to fall short on rent.

“Financially, I’ve been behind on rent and they’ve worked with me,” Jerklin admits. “The car breaks down, I’d have to pay for that and then have to catch up on it the following month. Father Pat has helped me out with repairs on the car. I pay some of it, they pay part of it… Father Pat did.”

Jerklin lives in one of the RVs provided by Saving Mercy. The group bought the nine-acre former motel and RV park in 2018. Jerklin previously lived in one of the motel rooms as well.

Construction on Phase 1 could start by summer and will include 10 duplex units, a laundry facility and client service center.  Eventually, the community will include a mix of duplexes, tiny houses and apartments.

Saving Mercy operates under a “housing first” model, meaning it allows people to move in with fewer requirements. Once housed, a resident begins assessment for services, be it substance abuse or mental health treatment.

For someone like Jerklin, the “housing first” model is just what he needed.

Though he was sober prior to coming to Saving Mercy, finding alternative housing solutions was an uphill climb for Jerklin with his criminal background.

“Especially nowadays, nobody will take you,” Jerklin says. “I’ve been turned down too many times, I just got tired of it.”

O’Connor, who also left Illinois to join Saving Mercy in November, says she is hoping to work with landlords in the area to help with the lack of affordable housing.

“There are a lot of close landlords where I’m from in Illinois,” O’Connor says. “I could be nice to them and they’d be nice to my people. So I’m trying to build relationships with landlords now.”

Jerklin has about 150 neighbors which also call Saving Mercy home. Being able to offer his services to some gives him a purpose.

He remembers how a board member for Recovery House served as his sponsor even through his 2014 incarceration. Now, celebrating eight years of sobriety, Jerklin hopes to be able to help others in their journey.

“They have to want to. You can’t make anybody get better,” Jerklin says. “I can’t make anyone stop doing drugs. All I can do is talk to them. Just like my sponsor did to me.”

One day, soon, he may have those talks at Saving Mercy’s new facilities. But for now, those talks happen in that 2001 Impala.