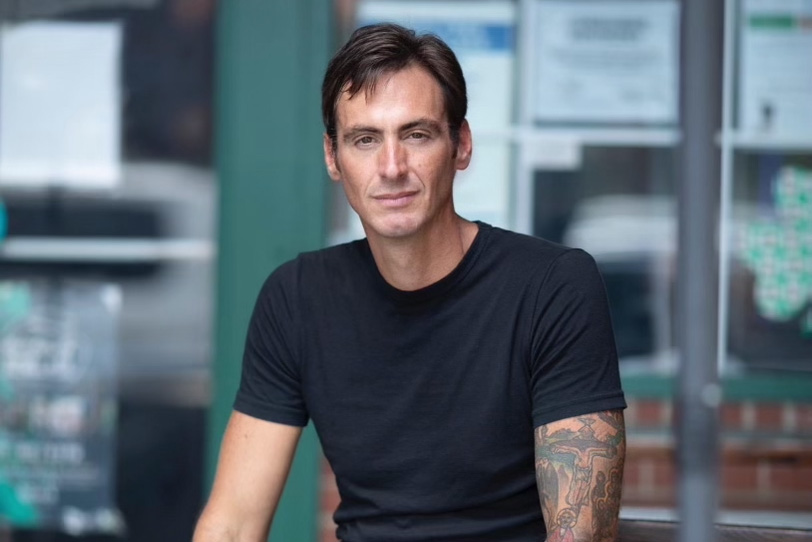 Ocala native and author the Rev. Dr. Michael Beck has penned yet another book, but his latest work is far different from his previous faith-based how-to tomes.

Instead, Beck’s seventh book, “Painting with Ashes,” chronicles the now 41-year-old’s journey from the dark abyss of drug addiction, gangbanger life, and multiple incarcerations in his teens and twenties to an increasing role within the United Methodist Church.

“My wife calls my previous books, ‘church nerd,’ books,” said Beck, who’s co-pastored St. Mark’s United Methodist Church in Ocala with his wife, the Rev. Jill Beck, since July 2020. “They’re how-to guidebooks and no one gets excited about them.”

While his newly-published 242-page book, (Invite Press) delves into Beck’s troubled life and ultimate redemption, it also features stories on Elon Musk, Mayo Angelou, Fred Rogers, and the Rev. Dr. Martin Luther King and how they turned their weaknesses into superpowers.

“Painting with Ashes is bigger than me,” said Beck, who earned a Master of Divinity from Asbury Theological Seminary and a Doctorate in Semiotics and Future Studies at Portland Seminary and was encouraged by his publisher to write his story. “It’s more than just what I’ve overcome.”

“I weaved in people across the ages who have taken their great pain and found a way to bring healing to others,” he said. Beck is also the Director of the Fresh Expressions House of Studies at United Theological Seminary, Director of Re-Missioning for Fresh Expressions US, and Cultivator of Fresh Expressions for the Florida Conference of the United Methodist Church “God uses our experiences to help others.”

Fresh Expressions is a form of church that takes place in non-traditional settings, including dog parks and tattoo parlors and the Becks currently direct more than a dozen of them in the area.

Beck’s previous books include, “Deep Roots, Wild Branches: Revitalizing the Church in the Blended Ecology, and “Deep & Wild: Remissioning Your Church from the Outside In, A Field Guide to Methodist Fresh Expressions,” among others.

Up until Sunday, Beck also shared co-pastoring duties with Jill at Wildwood United Methodist Church for nearly ten years, where they increased membership by several hundred congregants. Jill Beck will continue to be the lead pastor at Wildwood; the couple share a blended family of eight children. 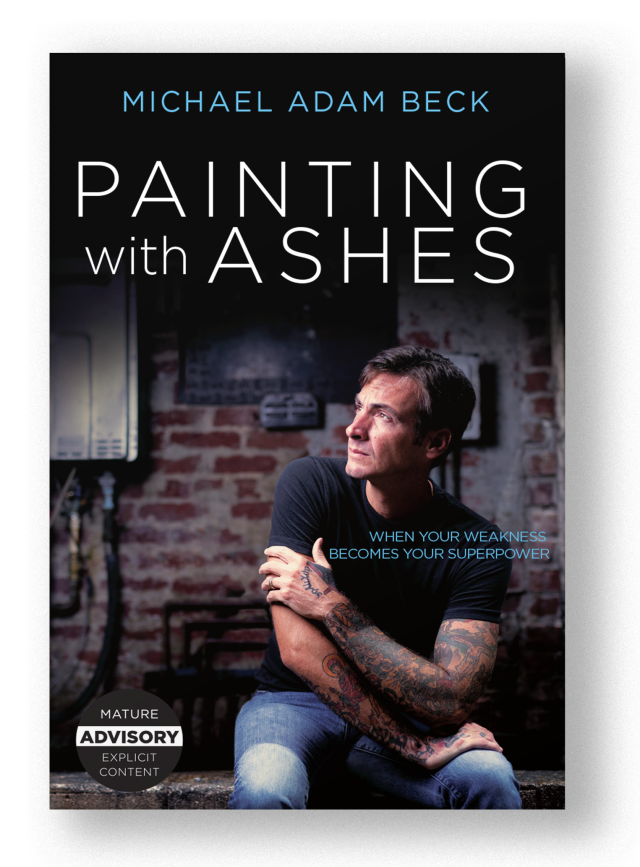 “There was a lot of tears when I told the congregation I was leaving,” said Beck, who recently began another role as a professor at United Theological Seminary. “But everyone at Wildwood is thrilled that Jill is continuing as pastor.”

Beck was raised by his loving grandparents, Russell and Marion Beck, after his mother abandoned him due to drug addiction. He grew up faithfully attending and was baptized at St. Mark’s, the very church he now pastors.

The death of his beloved, “gramp,” when he was ten devastated Beck though, especially since he never knew his biological father.

“That was pretty much a game-changer; he was like a father to me,” said Beck, who dropped out of high school at 15 and began using and selling drugs, and delving into gang activity.

Multiple arrests followed, and Beck was jailed numerous times, but the birth of his daughter, Caitlin in the late 1990s when he was 18-years-old proved pivotal.

“My daughter was born in the middle of my addiction and craziness and I had a God moment,” he said. “God had placed her life in my life and I was the only daddy she would ever have, and I didn’t want her to grow up without one as I had.”

Beck said he picked up a Gideon Bible left behind by his mother during one of her rare visits and it opened to the Book of Timothy. He then prayed and went to take a shower.

“I had a real encounter with God; I could feel him and His presence,” said Beck, who soon after ran into the Rev. Dan Jones, then pastor of St. Marks, who suggested he start attending AA meetings.

“He told me ‘Jesus will save your soul, but AA will save your butt’,” said Beck, who ignored the suggestion but did get involved with church and outreach groups.

For four years, Beck walked a more righteous path and stayed out of trouble, earning his GED and AA from the College of Central Florida. But when his grandmother, “gram” passed away in 2003, leaving him alone and on the streets, he relapsed.

“I started on a downward spiral of drug addiction and ended up in prison again,” said Beck, who credits an African American prison guard for setting him on the right path once again.

“I was in solitary confinement and they slipped me a Bible through the meal slot and that was the second pivotal moment in my life,” he said.

“As soon as I got out, I went to Pastor Dan and told him he was right,” said Beck, who found love and acceptance among church members, which eventually lead him to a final path of healing and recovery. He met Jill in 2007.

In 2009, he began helping out at St. Mark’s, earned his degrees by 2011, and eventually was named an associate pastor.

His first role as a lead pastor was at a tiny declining church in Lochloosa, south of Gainesville, where he quickly implemented new programs that brought new life to the church. The Becks were assigned to Wildwood UMC in 2012.

As for his latest opus, Beck said people are purchasing the book to send to loved ones in rehab and prison.

“I think it gives people hope,” he said. “No matter how wounded you are or what you’ve been through in life, God can heal and redeem you.”