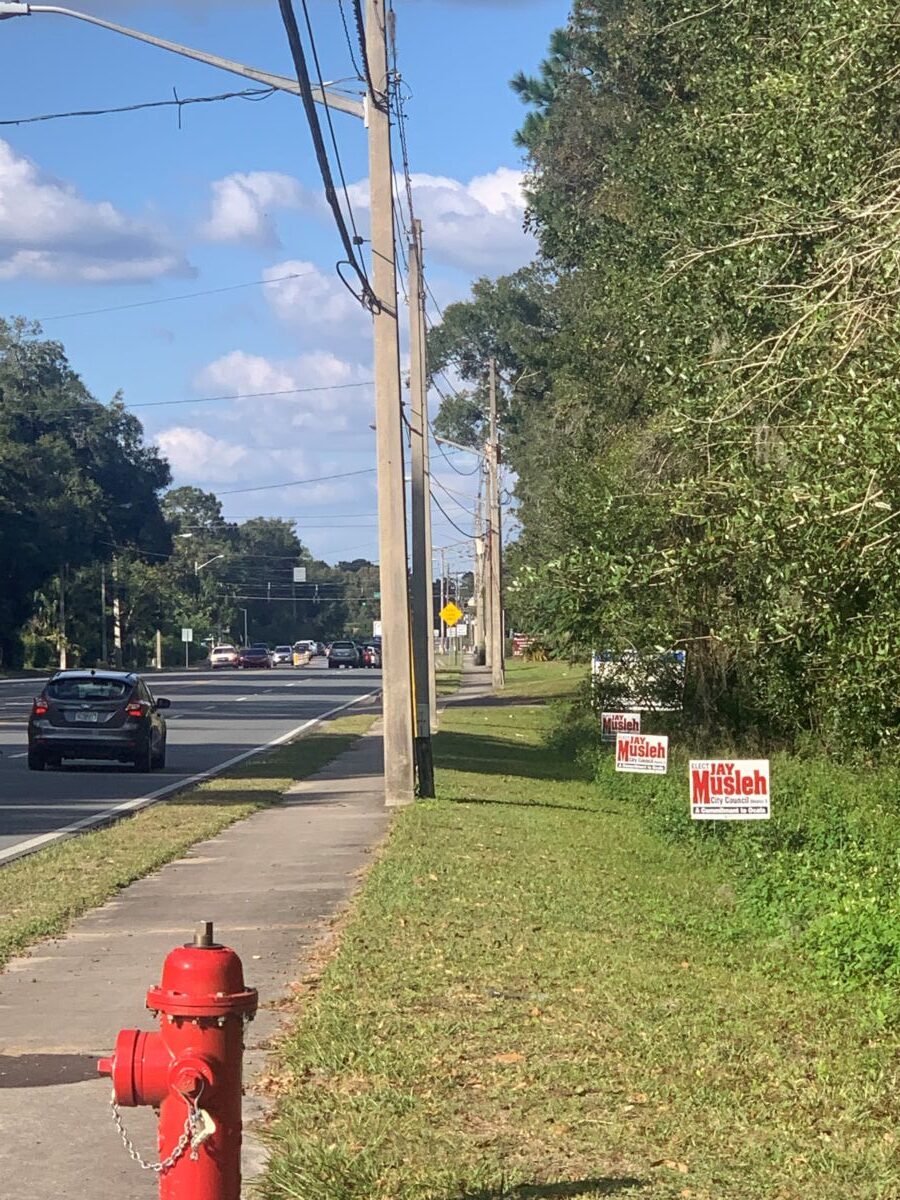 Candidates in the runoff election will have ten days to remove their signs following the election, says City of Ocala spokesperson Ashley Dobbs.

“If signs remain after that time or are on private property, the candidate may receive a courtesy call letting them know that campaign signs should be removed.”

Gazette staff has observed that some signs of Mayor Kent Guinn have been absorbed by candidates Lori Martin Gregory and Kristen Dreyer, by affixing their signs to sign posts over Guinn’s sign.

Dreyer indicated that the Guinn campaign gave her permission to use signs and that she felt responsible for removing the unused signs once the runoff is concluded.

However, Guinn did not respond to inquiry as to whether he donated the signs to Gregory and Dreyer.

Gregory also did not respond to inquiry.

Neither runoff candidate has reported the materials as donations on their financials yet and it is unclear who will be responsible for removing the reused signs that contain the faces of both Gregory and Guinn once the runoff is concluded.