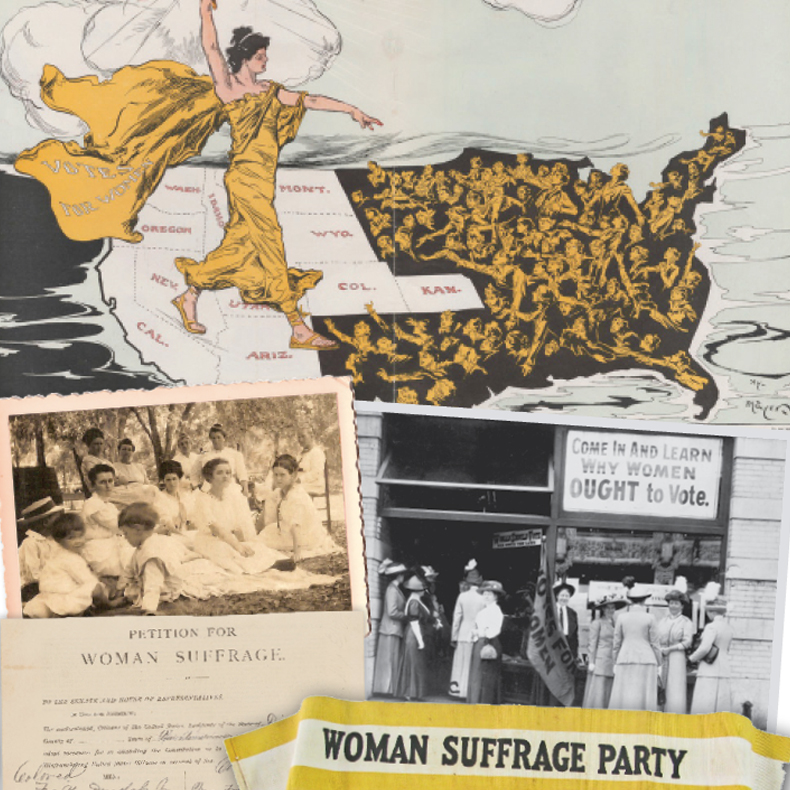 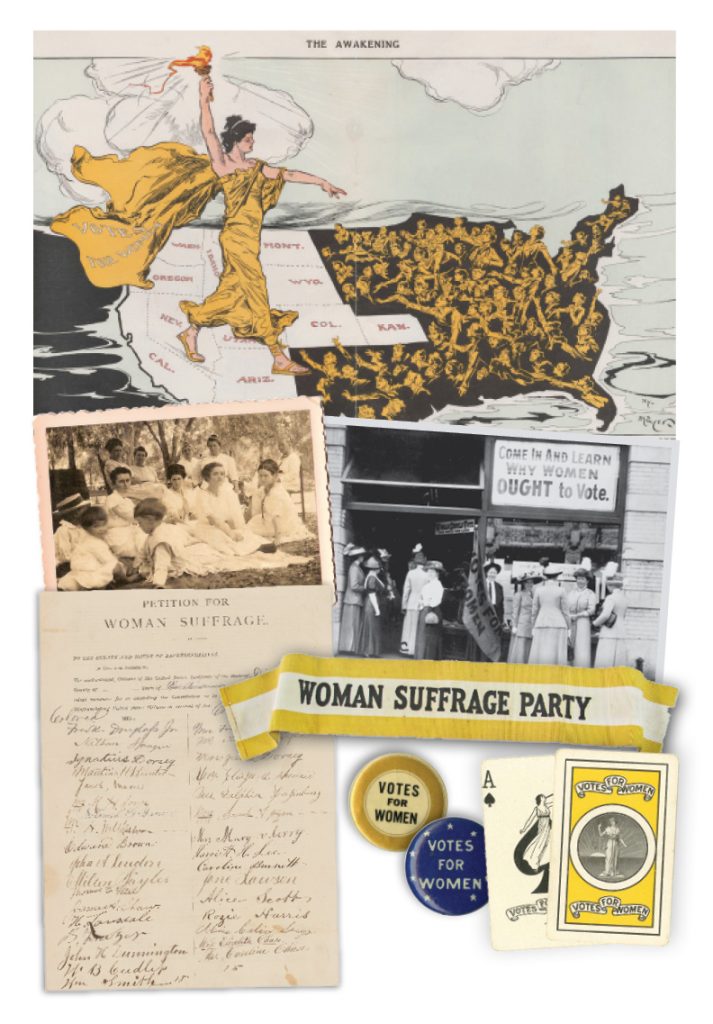 In 1920, Mrs. Rosa Belle Barco Veal got a very special birthday present. The Marion County wife and mother turned 40 on August 16th. Two days later, on August 18th, 1920, American women were granted the right to vote, thanks to the 19th Amendment to the Constitution.

To say Mrs. Veal was excited would be an understatement. She went to see her Uncle Dan, Marion County Supervisor of Elections Daniel M. Barco, to become the first registered female voter in the county. She was immediately appointed registration officer for her northwest Marion County precinct in Cotton Plant.

Exactly 100 years after the 19th Amendment was ratified, this Tuesday, August 18th, Mrs. Veal’s great-great-niece by marriage, Shelley Dunn, whose family still lives in Cotton Plant, can vote in Marion County’s primary election, along with around 137,000 other women.

“I have voted in every presidential election since I was 18, and most if not all local elections,” Dunn says. “Until recently, I was not aware that Aunt Rosa Veal was the first woman to register in Marion County and I am proud that she was so involved in registering voters and running a precinct.”

Females now make up more than half of Marion County voters, around 54 percent.

“How appropriate that we are conducting an election on the 100 year anniversary of the 19th Amendment,” said Marion County Supervisor of Elections Wesley Wilcox. Like Supervisor Barco 100 years ago, Wilcox has a reputation for following the letter of the law.

The 1920 amendment set the voting age at 21. As women of all ages were registering to vote for the first time, the Ocala Evening Star newspaper reported that some ladies in Tampa were reluctant to give one detail needed to register: their birthdate. 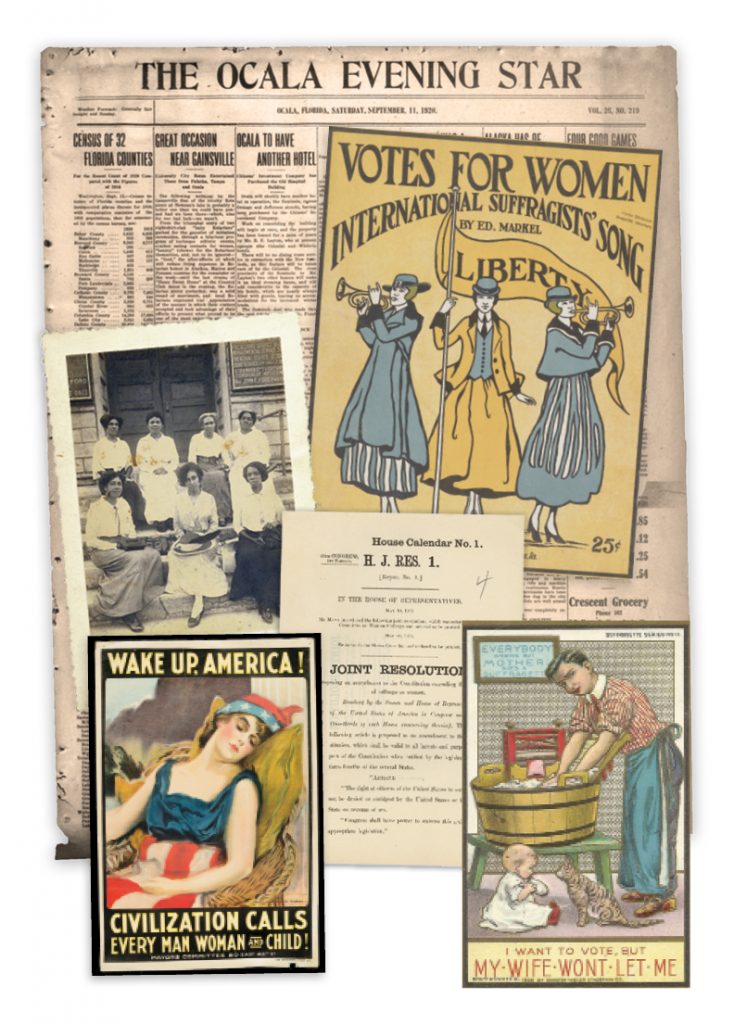 “We notice by our exchanges that in some counties ladies are allowed, on registering, to give their ages as ‘21 plus,’ read the Star. “But Supervisor Barco of Marion County allows no such camouflage. He says the women must follow the same form as men, for if no other reason, he believes any evasion will make the registration illegal.” Mrs. Veal’s uncle Dan was making sure women would be able to vote by ensuring everything was done by the book—just like Wilcox does today. And, even decades later, he has seen ladies who want to vote but don’t want to admit their real age.

Wilcox has trained 755 election workers who will be at the polls this election day. Of them, 544, or 72 percent are female. Just like Mrs. Veal 100 years ago, they’ll be staffing precincts across Marion County, making sure everyone gets to cast their ballot.

The right to vote was not freely extended to American women. They had spent decades lobbying Washington lawmakers, writing letters, protesting and picketing outside the White House through many cold winter months. Back in the mid-1850s, the first American suffragists including Susan B. Anthony were laying a foundation for the 20th century women who would endure violent attacks, arrest and hunger strikes to guarantee their right and the right of all the women who came after them to participate in the election process. In Florida, suffragists had been working since 1893 to secure women’s right to vote, and notable activists had included Mary Mann Jennings, whose husband William Jennings was Florida’s governor from 1901 to 1905.

Although Mrs. Veal and thousands of other Florida women who voted in 1920 were given that right with a federal Constitutional amendment, they were not the first women in Florida to vote. Because of some municipal codes, Florida women in 23 cities had actually been voting in local elections as early as five years before.

The tiny town of Fellsmere, Florida, near Vero Beach, with its population of just over 300, was the first city not just in Florida but in the entire South to allow women to vote. When the town charter was ratified by the state legislature in 1915, lawmakers didn’t notice the charter granted women full and equal privilege to vote in municipal elections. In June 1915, Fellsmere resident Zena M. Dreier was the first woman to cast her ballot in Florida—and anywhere south of the Mason-Dixon Line.

Wilcox encourages voters to acknowledge the significance of this election day.

“I hope we can all take a brief moment to recognize this remarkable accomplishment and to recognize those who have allowed us to have a stronger American voice,” he urged.

So when you receive your “I voted” sticker on Tuesday, tell the election workers “Happy anniversary!” It’s something to celebrate.