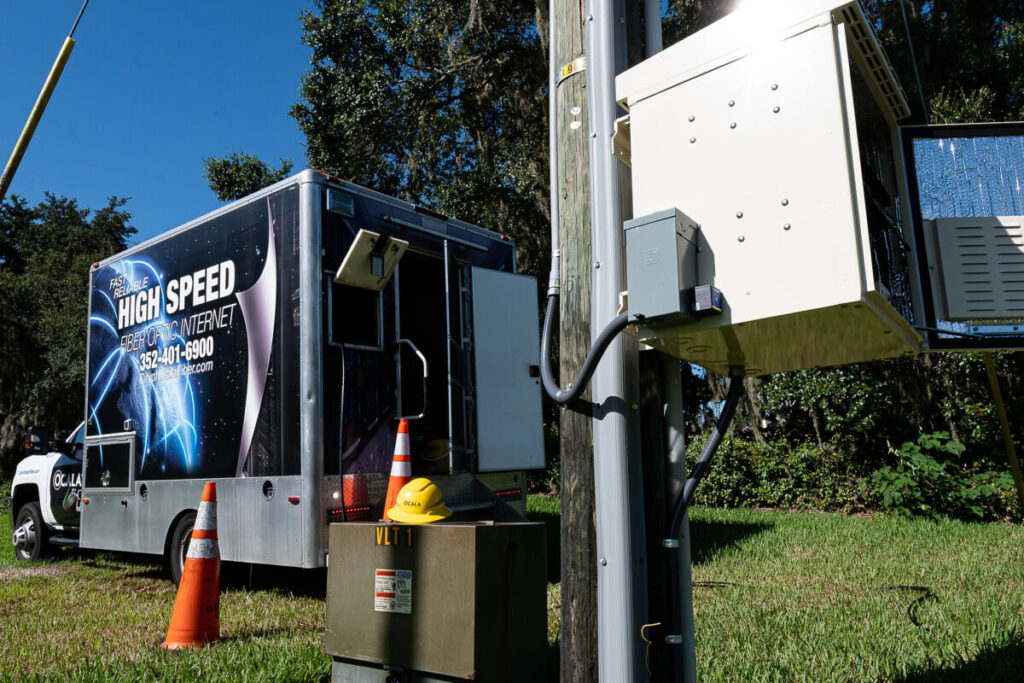 According to Fiber Network/Telecom Director Mel Poole, the reason behind the city’s major initiative to provide residential fiber networks to targeted neighborhoods in Ocala is simple: to help provide high speed broadband Internet to all those who want it.

“The city council’s vision was, ‘Let’s take a look at some pilot neighborhoods and see what kind of take rates we could get,’” said Poole, adding that the city’s targeted take rate for each respective neighborhood was 30% of each neighborhood’s population.

Poole defined a take rate as the number of homes in each neighborhood that choose to connect with the city’s high speed broadband Internet or “take” on the service.

The city estimated that if the pilot neighborhoods reached a 30% take rate that it would produce a good return on investment after 36 months. So far, only one neighborhood, Windstream, is hitting that number, according to Poole. The rest, he said, are lagging behind.

“There’s this adage that just because you build something, doesn’t mean they will necessarily come. We’re in the right market, but we’re not the only show in town. So this is competitive,” he added.

“It took about two years to get [Windstream] where they are today,” said Poole. “So, I feel like if we give it more time, the rest might start catching up. Customers are coming with us.”

Poole stressed that no taxpayer dollars were spent on the initiative, since the city’s Fiber Network and Telecom Company both operate as city-owned businesses.

“Ultimately, our goal for this department is to provide high speed Internet, not only to the citizens of Ocala, but the businesses as well,” he said. “Specifically, we hope to provide for anchor institutions, such as schools, libraries and healthcare facilities. And we’re looking down the road for other kinds of partnerships as well.”

The Ocala City Council approved on April 5 a one-year renewal agreement with the Marion County School Board to provide fiber services to metropolitan area network schools with gross revenue in the amount of $1,238,917.

“We don’t just focus on the residential piece,” Poole concluded. “The goal is continuing to get the infrastructure out there, slowly and methodically, all while being fiscally responsible and benefitting citizens.”