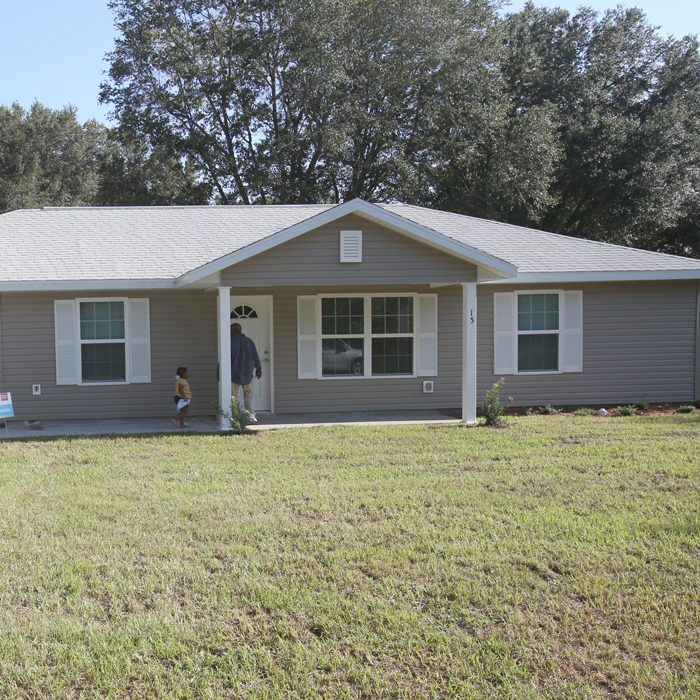 The waiting list at the Ocala Housing Authority is longer than ever. So much so, that the organization stopped taking new applications.

The effects of the continuing COVID-19 pandemic increased the group’s waiting list to more than 3,750 people. That’s almost 60% higher than 2019, when less than 2,400 people were on the waiting list.

According to Dawson, a lot of families are facing foreclosure or eviction after losing their job or having their hours cut due to COVID-19.

“Families are suffering,” Dawson said. “We get calls daily asking for more funding.”

The OHA has two options for those who seek affordable housing: Public housing and subsidized housing. There are only 186 public housing units in Ocala. And while the OHA has 1,428 vouchers to help people cover a portion of the rent, it’s not enough.

Those who get the vouchers can then rent an apartment in a complex that participates in the program.

But there is also a lack of available affordable housing units in Ocala.

Despite the challenges, there are a few bright spots.

In an attempt to keep up with rising rental rates, the U.S. Department of Housing and Urban Development (HUD) recently increased the funding for voucher, commonly known as Section 8 housing.

According to Dawson, prior to the coronavirus pandemic, the per-unit cost averaged $430 a month in Ocala. That number has since increased to $555.

“That’s a pretty significant increase that we’ve seen in our area,” Dawson said.

With HUD’s increase to the allowance, the OHA has increased its maximum threshold from 100% of fair market rent to 110%, allowing more units to qualify.

And more units are also on the way, through new housing developments.

The largest project is the redevelopment of more than 200 acres located at 2201 NW 21st Street. The property was part of the Pine Oaks of Ocala golf course.

Now referred to as the West Oaks Planned Development, the hefty project, which is being spearheaded by West Oaks Developers, LLC, is slated to eventually bring 386 single-family homes, 832 multifamily residential units and 150 townhomes to Ocala. The plan requires 20% of the constructed units to be affordable housing units.

Participants also must pay more than 30% of their income in rent. The voucher typically covers the amount of rent above the 30% mark.

“We have to make sure those units are affordable,” she said. “On paper, the definition of affordability is different than the reality… More reality affordable housing needs to be available.”