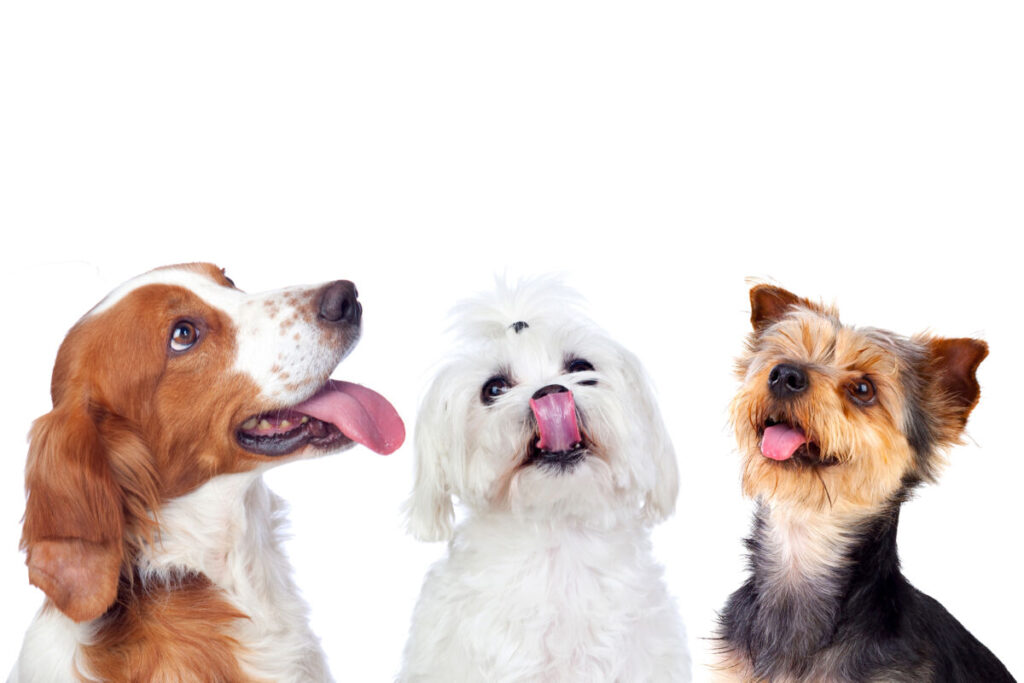 Different dogs looking up isolated on a white background

Hearts Healing Hearts founder Jennifer Lucas grew up with dogs. After becoming an adult, she became a foster mom, but she always had dogs around. Maybe it was in being a foster mom and a dog owner that she realized that she wanted to build an organization that served as a two-way street for helping hurting kids and hurt dogs.

Out of this goal, Lucas founded Hearts Healing Hearts on Jan. 1 of this year. The 501(c)3 is a brand-new dog rescue—and a brand-new way of helping dogs and kids in Ocala.

“You know how the horse therapy ranches are where you come out and the troubled kids can work with horses?” Lucas said. “Our goal is to have that same thing with dogs.”

Hearts Healing Hearts’ goal is to found a ranch for “people to come out and work with dogs,” but until the ranch is established, they are developing a network of therapy dogs (or dogs that would be good candidates for therapy training) to partner with hospitals, libraries, schools, and other locations where people would benefit from the healing presence of a pet.

Hearts Healing Hearts recently announced their H3 Therapy Dogs program—a training and certification for therapy dog teams. They are opening a new location this summer for training therapy and ESA dogs and their owners.

“We hope to grow into having a small kennel where we can train rescue dogs until we can find them a perfect family of their own,” Lucas said.

But to get there, Hearts Healing Hearts is hosting a fundraiser that could go down in international records. The largest count of dogs attending a film screening was 120 at an event hosted by Universal Pictures Brasil in 2019, according to Guinness World Records.

Hearts Healing Hearts hopes to bring 150 dogs (aged one year or more and with no excessive hair styles including dying) and their handlers to see Clifford: The Big Red Dog on Saturday at the Ocala Downtown Market. Participants arrive at 5:30 p.m. for the count, with the movie to begin at 8:30 p.m. on the Ocala Drive In’s movie truck. Tickets are $10 to win the chance of breaking a world record (and helping the neighborhood charity).

For those not participating, the event is free with a donation of a dog toy, treats or food. Chairs are available for rent for $2 (you’re encouraged to bring your own) and vendors, food trucks, games as well as a raffle and auction are your pre-entertainment during the count and before the movie begins.

In addition to their first annual world record attempt, Hearts Healing Hearts is also holding a community open Soggy Doggy Splash Party this fall at the Jervey Gantt pool in partnership with the City of Ocala and a “Dogtober” Fest in October.

To sponsor the world record attempt, volunteer or secure a spot as a vendor, go to the Hearts Healing Hearts website at H34dogs.com.