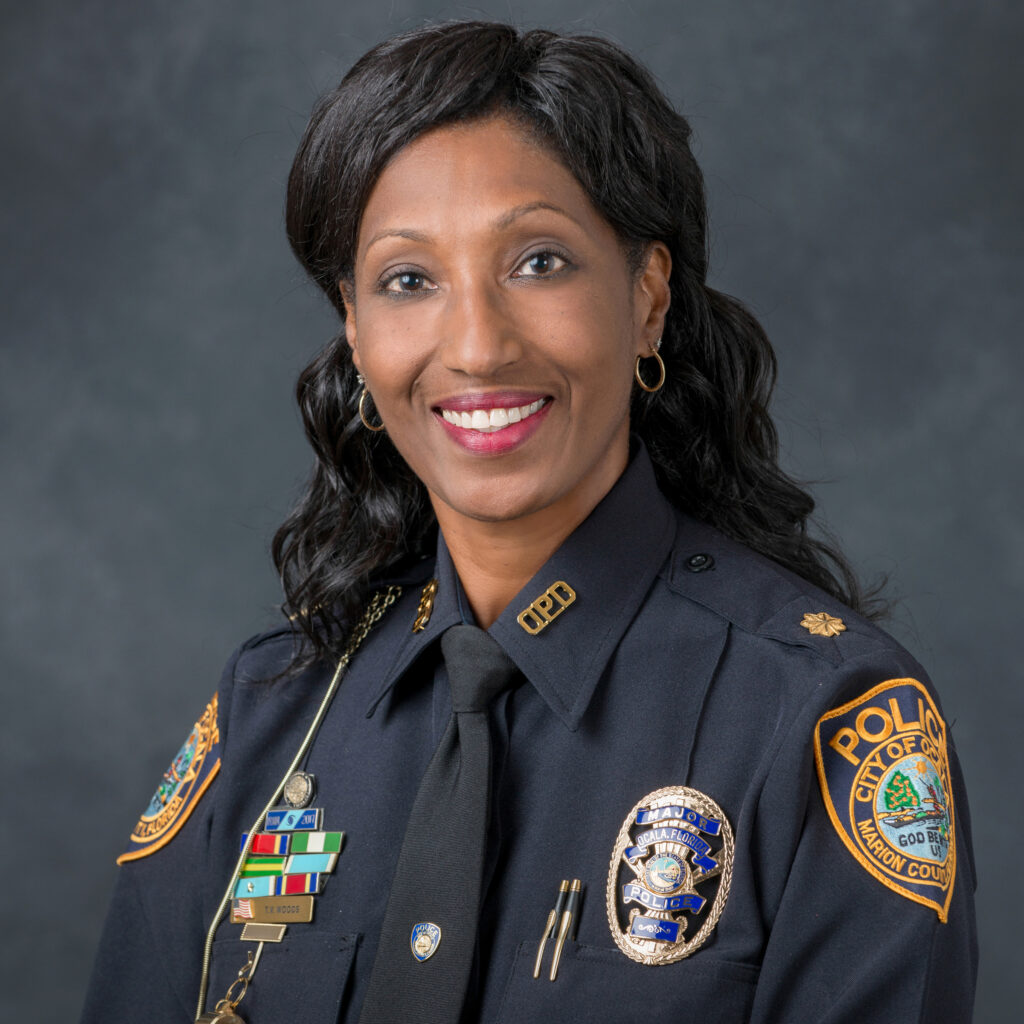 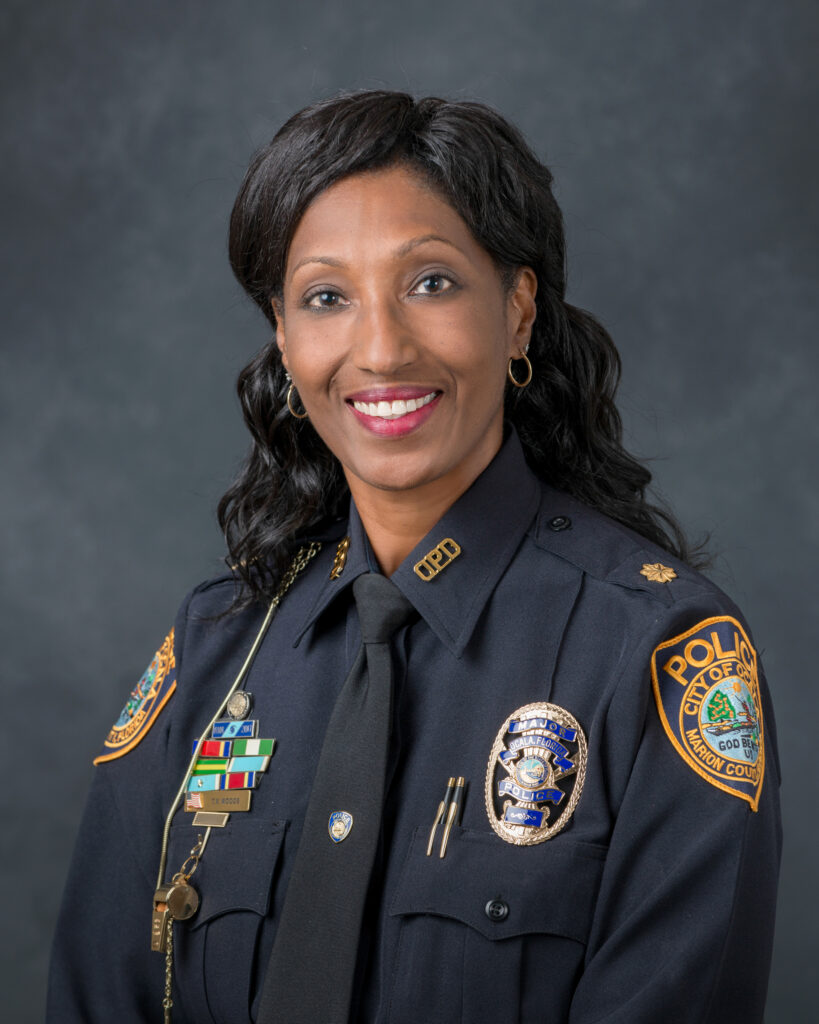 Growing up in Ocala gives those in public service a leg up. They understand what makes the city and its people tick. But when you grow up in Ocala and then go on to work at the Ocala Police Department, you really have an advantage.

This has been the case for OPD’s Maj. Tara Woods.

Woods grew up in Ocala and graduated from Forest High School before finding her way to the police force.

Since joining OPD three decades ago, Woods has climbed the ranks from a school resource officer to her current rank of major and has held many titles in between. But as of December 6, Woods adds another title to her resume: community liaison.

“As it relates to the minority community, which is obviously, I think, underserved across the board, Major Woods comes from that community,” Ocala Chief of Police Mike Balken says. “She was born and bred in Ocala, not too far from this police department that I’m sitting in.”

Balken and the late Greg Graham, Balken’s predecessor, mulled creating this position sometime last year with the goal of bridging some of the gaps between the police department and the community.

“In general, we were really looking for a new way to reach out to the community that we serve to make sure that we are meeting their needs and trying to gauge every aspect of the community, from the young to the old, and making sure that we didn’t miss out on opportunities to better engage,” Balken said.

The police department was recently awarded a COPS grant, which will be used to fund some of the programs Woods will implement in the community.

“There’s just so many things in speaking with the Chief (Balken) and Chief Graham, before he passed, that they had visioned this job doing,” Woods said.

Balken and Woods want to focus on at-risk youth, among other things. Woods even mentioned a program in which officers visit various neighborhoods in the community and read.

“We want to take a lot of our at-risk youth and really expose them to a world outside of what they may be used to and allow them to see the good in the world and not just the housing project they live in, or the dysfunctional family, and really make an impact with those kids.”

Woods’ position was created at a time when the Black Lives Matter movement is gaining momentum in response to deaths of black people at the hands of police across the nation, but Balken said that is not the primary reason for the move.

“Do I think it will help with trust and transparency and things like that you see problems with, you know, around the country? Yeah, I think that’s part of it,” Balken said. “But that wasn’t really what prompted us moving forward to this goal of creating this position. It was really to further what I already think is a great relationship with our community.”

Graham, who died in a plane crash several months ago, was widely commended for his involvement with the community during the racial distress following George Floyd’s death in Minneapolis in late May. And according to Balken, much of Graham’s success came from his genuine enjoyment in maintaining a two-way relationship with the Ocala community.

And Balken recognizes that, alongside his commitment to maintaining an open-door policy with the community, having Woods in this position will further that goal.

“Her experience in the crime prevention unit and the schools as a school resource officer very early on in her career allowed for those relationships to be built on over the years. So she’s now dealing with grown adults that remember her as a school resource office decades ago,” Balken says. “Having those relationships and those resources available to advance our goals was really fundamental and one of the primary reasons we selected her to fill that position because she’s so connected with the community, not just the minority community, but the community in general.”

“I’m actually honored. And I’m very excited about it. And I’m just glad that it all worked out that I’m able to move forward in this role,” Woods said. “So to serve as law enforcement and then to come back and be able to come back as the representative and the liaison to mediate between the community and the organization, I’m beyond honored.”