Oh, we’ll be back Ocala! 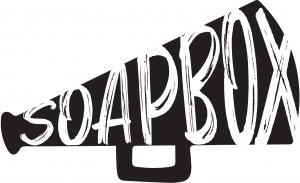 There are few absolutes left in this crazy ol’ world.  But there are a few.

Ever since former City Manager John Zobler led the way with a renewed focus on redevelopment in downtown Ocala, downtown has flourished.  It really wasn’t that long ago when O’Malley’s Alley and Harry’s were about the only two reasons to go downtown – one for a good meal and the other to watch customers volunteer to beat the heck out of each other in a boxing ring.

So much has changed, and contrary to popular belief, change is, indeed, good.  And inevitable.

Today everyone can enjoy a selection of restaurants, themed bars, a great array of shopping, two breweries and so much more on the way.  Local businesses are relocating headquarters to downtown, which means a more robust lunch crowd, people meeting their friends after work for a drink and maybe dinner.

Add the new Hilton Garden Inn and businesses become sustainable. The hotel will host area conferences, which will continually bring visitors to downtown, looking to find a restaurant, live entertainment and partake in retail therapy after a day of sitting through a butt-numbing conference.

The hotel will also become a site for area company meetings and – I believe – a place local residents will call their own for downtown events. Word on the street is there were several conferences and meetings scheduled at the hotel but were postponed due to pandemic concerns.

And please don’t neglect the impact The Reilly Arts Center has had – and will continue to have – on the success of downtown.

The breadth and depth of the events put on at The Reilly can stack up against any city in the country. The quality of concerts is exciting and amazing. And your hearing that from a guy who bought tickets to “Miss Saigon” at the Hippodrome Theater, drove to Gainesville, went to dinner with friends ahead of time and then fell asleep during the helicopter scene.

Getting folks on foot across Silver Springs Boulevard is the major one. There is a plan in place to slow the vehicles on the Boulevard by using flashing yellow signs well before entering downtown. I’ve seen that work in other cities such as Dunedin and New Smyrna Beach.

And, although I haven’t experienced it, there are still grumblings about the lack of downtown parking.

With the exception of those who require special parking places, as my Dad used to say, “Walking ain’t crowded.” Park somewhere and enjoy the walk.

You just might find a new store, maybe run into someone you haven’t seen in a while and there’s always the nice walk back to the vehicle when you’re done.

Larry Bush has lived in Marion County since 1985. He is a marketing specialist who has been involved in downtown projects over the years.

We encourage our readers to share their opinions through letters to the editor. All letters are subject to editing for clarity, length, taste and libel. Letters should contain the writer’s full name, address and phone number. Letters should be 200 words or less. To give as many readers as possible an opportunity, we publish only one letter every 30 days per writer.

Submit your letter to letters@ocalagazette.com.