Marion residents have a week left to register to vote 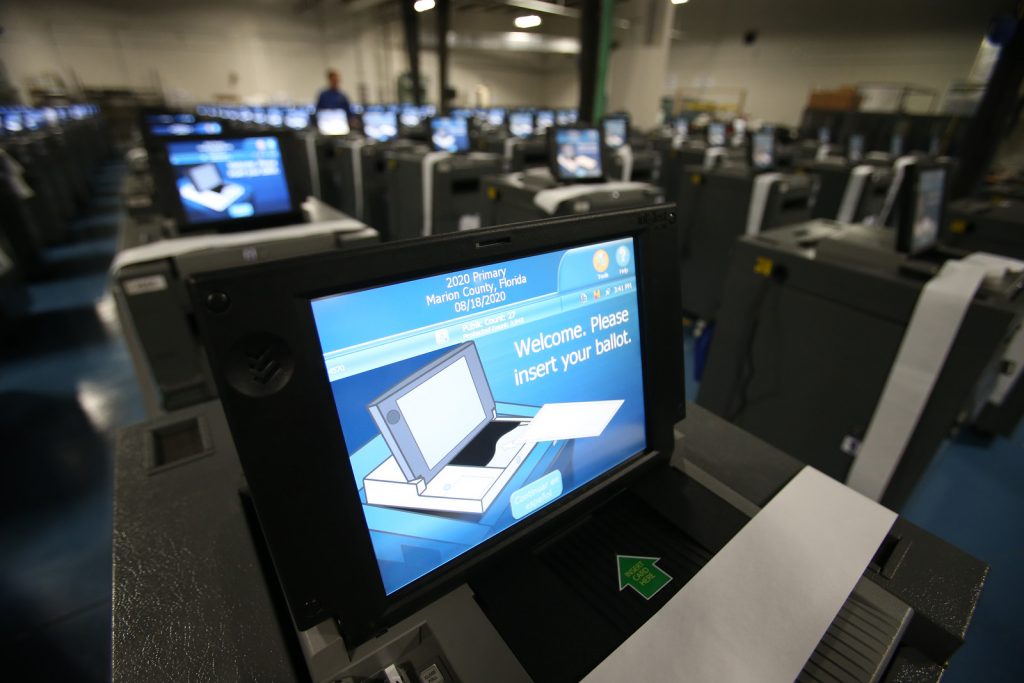 On Thursday, elections staff distributed the initial round of mail-in ballots, the first wave of answering roughly 60,000 vote-by-mail requests for the upcoming election, Wilcox noted in his quarterly newsletter, released on July 2.

Additionally, he wrote, “All 117 Election Day voting locations and 9 Early Voting sites will be open and equipped to safely process voters.”

Meanwhile, election worker training started in June and will continue through the end of July. “We have been very fortunate to staff all of our locations and are thankful for our partnership with the County (Commission) and School Board to supply extra workers.”

So, one half of the voting equation – the people who assist voters and tally the ballots – seems set.

What about the other half: the actual voters?

Thus, Marion County has 85 percent of its voting-age population registered to vote.

Comparatively, for the November 2018 election, 67 percent of America’s voting-age population was registered to vote, according to the Census Bureau’s most recent data.

Despite that, even under the best circumstances, local elections will be decided by a relatively small fraction of voters.

Despite the strong registration numbers, turnout in Marion County can be underwhelming for elections like the upcoming August primary.

For instance, voter turnout has averaged just 23 percent for primaries held in presidential-election years but that exclude the actual presidential contests, which are held separately.

Wilcox’s office offers a few ways to register to vote.

Those interested can visit RegistertoVoteFlorida.gov; visit the county elections headquarters at 981 N.E. 16th St. in Ocala; or download a printable application at votemarion.com and return it in person or by mail to PO Box 289, Ocala, FL 34478-0289.

But Wilcox cautions prospective voters to be wary of unsolicited registration applications from the either the Voter Participation Center or the Center for Voter Information.

Back in April, Wilcox was among 34 county elections supervisors who urged Florida Secretary of State Laurel Lee to crack down on these groups, which were founded and operated by out-of-state Democratic political strategists.

Under the guise of purporting to help people register to vote or vote by mail, the group has sent wrong, misleading, or incomplete information to voters that looks real enough. Yet in the letter Wilcox and the other supervisors described their work as an “insidious” and “deceptive enterprise that is causing confusion, disruption and fear among voters in our state.”

The mailers the groups send are often addressed to dead people, minors, voters who are already registered, and even pets.

“These mailers not only unnecessarily frighten voters (seniors in particular) but are counter-productive to ongoing voter registration and vote-by-mail efforts being undertaken by Supervisors of Elections, the political parties and regulated, legitimate groups,” the supervisors’ letter stated.

“Each time, following these mass mailers, our offices are inundated with terrified voters who are concerned that their personal information has been compromised or wrongly shared and they are especially upset when – as it happens all-too-frequently – the data used by this shadow group is wrong and thereby causes further alarm.”

“This practice,” they concluded, “is disruptive, misleading and harmful, and its effect “erodes the public’s faith in the good voter registration work already occurring around Florida and even undermines democracy itself.”

Any county resident who wants more information on voter registration can visit www.VoteMarion.gov or contact Wilcox’s office at (352) 620-3290.