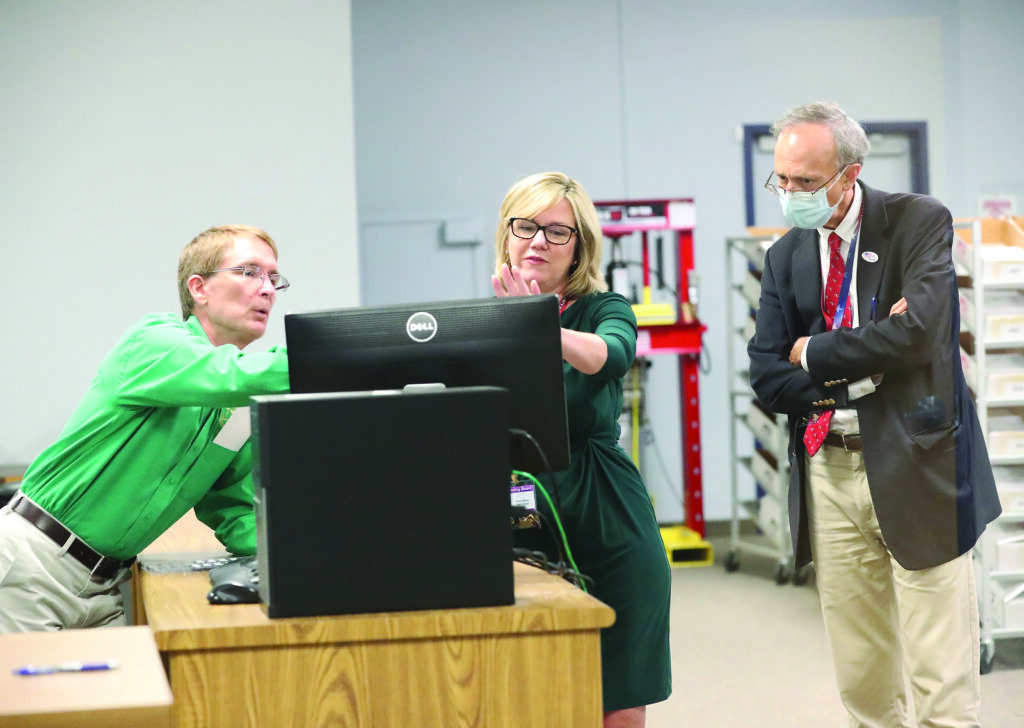 The 2020 presidential election is fraught with questions about voting and whether votes will be tabulated accurately and within a reasonable time.

But Marion County’s top elections official does not believe local voters have a cause for concern.

In the run-up to the start of early voting, much of the focus was on voting by mail.

Wilcox, in previous public comments, sought to assure voters that mail-in ballots are secure, whether actually dropped in the mail or returned in person to a box in the main elections center.

Now, with early voting taking place and Election Day on the horizon, Wilcox again is telling Marion County voters their votes will be counted correctly.

That process, he noted, begins once a voter’s identification is confirmed and he or she votes.

The ballot is sent through the vote-counter, and thus the votes are recorded.

“At that point,” Wilcox said, “the ballot becomes back-up documentation.”

With early voting, as is happening now, the votes are already recorded. Each day paper ballots gathered at the nine voting sites are boxed up each day and stored by date. Along with them are the daily voter sign-in sheets.

Those boxes are then housed in a locked chain-link cage at election headquarters. That secure area is accessible only by a key card and, like much of the backroom of Wilcox’s headquarters, is watched by closed-circuit surveillance cameras. Additionally, the whole building littered with alarms and monitored by an outside security company.

At the precincts, meanwhile, once the polls close, the vote tabulators electronically send the results to the main vote-counter at Wilcox’s Elections Center.

The machines also spit out a report of the results. Wilcox’s clerks in the precincts certify that document, including posting a copy at their individual precinct, gather up all the ballots and bring them to the main office.

“We already know what the answer is,” said Wilcox, referring to the results. “I’m just waiting for the back-up documentation.”

Wilcox said he has absolute confidence in the machines.

For one thing, they are immune from hacking, which is a lingering concern from the 2016 election for both parties.

Wilcox said his tabulators operate on a self-contained network, independent of the internet system that allows his office to conduct “business.”

Another reason for Wilcox’s confidence is that the machines are tested before and after every election.

Prior to voting, Wilcox conducts a public test of the equipment so interested voters can see its accuracy, as validated by his staff.

After the election he audits the tabulators by pulling sample precinct results from certain races and comparing that to a staff hand count of the corresponding paper ballots.

Wilcox noted that in more than a decade of doing such audits, the machines have never been wrong, but the human hand count was off twice.

On election night, as the main tabulator periodically aggregates the vote totals, the “sneaker net” kicks in.

As precinct results roll in on election night, staffers insert a thumb drive into the main machine to download the tallies.

Election workers then physically walk the drive across the building to the terminal that will upload the numbers onto the website – thus, because it travels by foot, it’s dubbed the sneaker drive.

In short, Wilcox added, anyone who wanted to tamper with the outcome would have to be physically in the room with the tabulators during this process.

And the only people allowed in that room at the time is Wilcox, some of his staff and the county Canvassing Board, which certifies the results. Besides Wilcox, the board includes a county commissioner and a county judge.

“If I could do something better, I’d do it,” said Wilcox. “But I cannot think of a way I could do anything better at this point in time.”