The drive to do and be better is at the heart of the eclectic productions scheduled for 2022-23. 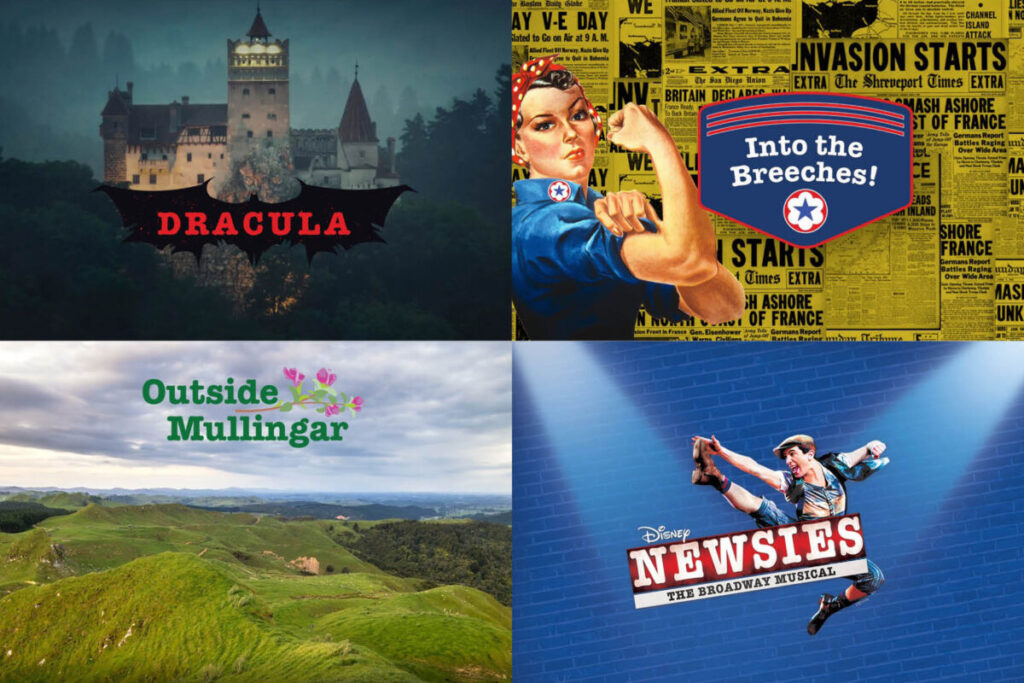 In 2020, Ocala Civic Theater focused on the concept of home as we sequestered in our houses during the onset of COVID-19. In 2021, the theater’s plays set out on fantastic voyages as we scrambled to get a change of scenery.

For the 2022-23 season, OCT is zeroing on our desperation to find new solutions to old problems, how we’re transcending the status quo and aspiring to be greater. Whether we’re cutting the carbs to shed “the quarantine 15” or finally launching that long-sought-after project, many of us seem to be wanting something better.

This aspirational overtone is palpable to Artistic Director Katrina Ploof. Even in the face of war, crazy inflation and other dreary events, the desire to overcome is precisely why she and her crew are paying homage to the human virtue of striving during the upcoming season.

“The characters in these plays are not stuck,” she said. “These characters are moving forward. And so, I really wanted this idea that after being sort of sitting very still and being careful the last couple of years, we had characters who were taking risks that were reaching for something bigger for themselves.”

The season opens with Hands on a Hard Body, Sept. 1-18, a musical that OCT describes as “a tale of pluck, luck and a shiny red truck.”

In the play, aspiring truck owners battle it out in a literally hands-on endurance contest in Longview, Texas. The last contestant with their sweaty palms still attached to a coveted Nissan “hardbody” pickup truck gets to drive it home. Meanwhile, entertainers on the scene lighten the load with song and dance.

While Hands on a Hardbody might seem a bit zany, it’s actually based on a 1997 documentary of the same name. Amanda Green (Mr. Saturday Night, High Fidelity) wrote the lyrics, and its tunes mix blues, gospel and honky-tonk, composed by Phish frontman Trey Anastasio. The Associated Press proclaimed, “The whole thing is a pleasing, tuneful, heart-filled ode to small towns and American dreams.”

Just in time for Halloween, Oct. 20-Nov. 6, Dracula will have us undead to rights. The 1924 play follows Abraham Van Helsing as he investigates the mysterious illness of a young woman, Lucy Seward, with the help of her father and fiancé. He discovers she is the victim of Count Dracula, the titular bloodsucker. Hamilton Deane and John L. Balderston adapted the story from Bram Stoker’s novel of the same name.

How does Count Dracula fit in with the theme of aspiration (other than causing his victims to aspirate)?

“Dracula is so interesting because he’s going to live his whole life in eternity alone unless he finds someone to live it with him,” Ploof explained.

Coming Back Like a Song isn’t a musical per se but features some of America’s most beloved standards. In this fab holiday tribute, which premiered in 2018, Irving Berlin, Harold Arlen and Jimmy Van Heusen catch up and take turns performing snippets and entire versions of their hit songs, including Berlin’s “Cheek to Cheek,” Arlen’s “Over the Rainbow” Van Heusen’s “All the Way.” Emmy Award-winning playwright and a Tony-nominated director Lee Kalcheim (The Paper Chase, All in the Family) brings his wit to the script.

Between numbers, the songsmiths reminisce, knock back martinis and ponder rock ‘n’ roll’s influence on American music. Though a holiday-themed show, Coming Back Like a Song is spiked with some racy language. It runs Dec. 1-18.

Set in World War II, Into the Breeches imagines a different kind of “Rosie the Riveter” moxie and inspirational tale of intrepid women supporting the boys at war.

George Brandt’s dramedy runs Jan. 19-Feb. 5 and follows a local theatrical troupe — really local; as in Ocala circa 1942 — led by director Maggie Dalton. The fearless gals decide to take on the Bard while their husbands, brothers and sons take on the Nazis. As they put on an all-female production of Henry IV & V, they exhibit the perseverance of “a valiant flea that dare eat his breakfast on the lip of a lion.”

Touted by OCT as a charming romance, Outside Mullingar runs March 2-19. The rom-com set in rural Ireland centers on bachelor Anthony Reilly and spinster Rosemary Muldoon, who exchange meaningful glances after Mass on Sunday. Unfortunately, not all is peachy on the heath. The star-crossed lovebirds live on feuding farms, a mini-war that complicates their path toward a rosy “I do.” Tony winner Charles Isherwood (Doubt) wrote this nominee for two 2014 Outer Critics Circle and Drama Desk awards.

Newsies may be the most familiar of the season’s offerings. Inspired by the 1992 American musical film, the 2011 theatrical Newsies is set in New York and borrows from the real-life Newsboys’ Strike of 1899.

The musical (later repurposed by Disney) caps off the season May 4-21, bringing Ploof’s striving season to a spirited finale. It’s got all the exuberance that’s fit to print, backed by a trio of theater’s biggest powerhouse writers/composers: Harvey Fierstein wrote the book; lyrics are by Jack Feldman with music by Alan Menken.

“This is gonna sound ridiculous, but I probably read 80 to 100 plays over the course of the summer,” Ploof said, adding that “it’s really not as hard as it sounds. Some of them I know already. So, I pick it back up and I’m like, ‘Oh yeah!’”

Each year, Ploof gathers a group of readers to help narrow down her choices. “I start banging on the doors of the folks who are on the play-reading committee,” she said. “My vote is in there if we need it; although, we never usually do.”

The confab members meet to whittle the list. “We’ll curate this big list down to maybe 35 or 40 and very, very quickly that group of people takes it from 40 to like 20. Then that list gets curated because people get favorites real fast and then we bang it out.”

About the season’s aspirational theme, Ploof says she’s sure that theatergoers of all types will relate to the characters in each play, especially with regard to their determination and hope.

“They’re all characters who want something more,” she explained. “They either want companionship for themselves or the people they love,” she added. “They want something more for the world, and that’s a wonderful theme because, from the first line of these plays, they’re fighting to get it right.”

For season tickets and other information, visit ocalacivictheatre.com.