Understanding the challenges of those who exhibit symptoms of ADHD can debunk stereotypes and might be the difference between life and death. 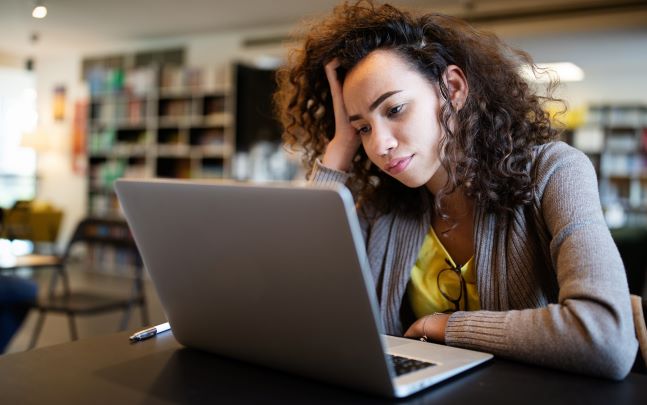 Labeled everything from lazy to weird, to airheaded, flaky and selfish, adults and children with attention deficit hyperactive (ADHD) disorder have learned to bear a burden of shame that can be detrimental to one’s well-being.

Serious problems may arise from the many myths that linger around the brain-based condition.

ADHD doesn’t come from bad parenting or too much sugar. According to a report by Kenneth Blum and colleagues, in the Dove Medical Press publication “Neuropsychiatric Disease and Treatment,”People with ADHD have at least one defective gene, the DRD2 gene that makes it difficult for neurons to respond to dopamine, the neurotransmitter that is involved in feelings of pleasure and the regulation of attention. That’s why experts say people with ADHD are gifted when their concentration involves a subject of intense interest due to the influx of much-needed dopamine.

But how do you bring this explanation up in casual conversation? The complexity and stigma of ADHD can make life awkward and unbearable at times for ADHD sufferers.

One study noted that 44.8% of an Irish undergraduate student population who committed suicide at Ulster University in Ireland were diagnosed with ADHD as opposed to 21.7% of non-diagnosed suicide victims cited in the study.

One recent survey found that more than 15 percent of adults with the disorder had abused or were dependent upon alcohol or drugs during the previous year, nearly triple the rate for adults without ADHD, Carl Sherman, PhD, reported in “ADDitude Magazine.” In commemoration of ADHD-Awareness Month, resources are available at adhdawarenessmonth.org to help people learn about the brain-based condition, how to get diagnosed and how to help mediate the challenges experienced by a family member, employee or friend.

According to Dr. Daniel Amen, whose Amen Clinics provide brain scans for people to focus more on “brain health” than the stigmas around “mental health,” says that ADHD is a neurodevelopmental disorder marked by pervasive problems with attention and, in many cases, impulsive and hyperactive behavior as well.

Emotional dysregulation and Rejection Sensitivity Disorder, though not cited in the Diagnostic and Statistical Manual of Mental Disorders, are widely regarded as manifestations of the executive/frontal lobe interferences that afflict people living with ADHD.

Dodson oversees the content of “ADDitude magazine.” A board-certified psychiatrist, he was one of the first practitioners to specialize in adults with ADHD 25 years ago. He is the recipient of the national Maxwell J. Schleifer Award for Distinguished Service to Persons with Disabilities in 2006. He was named a Life Fellow of the American Psychiatric Association in 2012 in recognition of his contributions to the field of adult ADHD.

One-third of adults with ADHD, Dodson said, claim that emotional dysregulation is the most impairing aspect of their ADHD, adversely affecting work performance and personal relationships.

“ADD/ADHD is a national health crisis that continues to grow—yet it remains one of the most misunderstood and incorrectly treated illnesses today,” Amen said on his podcast.

What many also don’t realize is that ADHD is an equal-opportunity condition. People of varying ages, genders, ethnicities and socioeconomic backgrounds have been diagnosed with attention deficit hyperactivity disorder.

In recent years, research has started to address information gaps involving women with ADHD, who are often overlooked because they present differently and due to long-prevailing notions that primarily young boys who scream and stand on their chairs in school are the types who have ADHD.

The hormone fluctuations that occur with age, such as perimenopause and menopause, can magnify ADHD symptoms, problems once managed more effectively during childbearing years. Symptoms such as brain fog, emotional dysregulation and extreme difficulties with time blindness become worse when hormones are imbalanced.

According to renowned ADHD experts Russell Barkley and Dr. Ned Hollowell, ADD/ADHD, particularly, the attention “deficit” part of the name, presents a misnomer concerning how the condition manifests with a spectrum of challenges and potential. At issue is not a lack of attention, they and other experts say, but controlling the proverbial knob on one’s attention.

“ADHD is not a deficit disorder,” Hollowell writes in his article “ADHD Needs a Better Name. We Have One.”

“ADHD is an inaccurate — and potentially corrosive — name,” he continues … individuals with ADHD do not have a disease, nor do they have a deficit of attention; in fact, what they have is an abundance of attention … a more accurate descriptive term is “variable attention stimulus trait” (VAST), a name that allows us to “de-medicalize” ADHD and focus instead on the huge benefits of having an ADHD brain.”

The so-called gifts that come with ADHD involve creativity, calm in times of crisis, empathy, strong intuition, readiness and alertness (why many ADHDers thrive as first responders) and that enviable but sometimes frustrating trait known as hyperfocus, when the ADHD interest-based brain can lock into a task without distraction (but sometimes has trouble shifting gears).

The reason people inherit ADHD, some researchers hypothesize, is owed to reactive, hyper-alert traits of ancient hunter-gatherers, who didn’t live according to the routines and self-discipline of the farmers who arrived on the scene ages later.

To learn more about different aspects of ADHD, visit adhdawarenessmonth.org.