How sweet it is

Aided by the devotion of his adoptive grandmother, Ocala artist and community volunteer Reggie Hardy is turning a labor of love into a sweet new business venture. 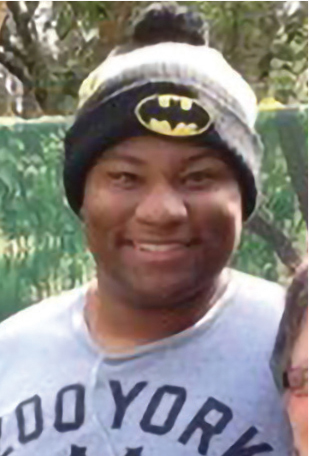 Hardy, a 25-year-old graphic artist — and in the past few months, baked goods entrepreneur — sells his creations under the name Cookie Jar Delights. He takes orders via email at cookiejardelights@outlook.com and at local events. Last week, his cookies were gobbled up during a talk that took place during “The Water and Wildlife of the Ocklawaha” event series at Fort King Presbyterian Church.

Just as his sprinkle of sharp saltiness tastes oh so good with soft, gooey caramel, the sweetest of relationships can sometimes evolve from difficult circumstances. This is especially true of Hardy and his adoptive grandmother, Angela Russo.

Russo, 62, met Hardy’s parents before he was born. She taught at-risk youth, reading and language arts, and took in kids who were caught in the literal crossfire of their Kansas City, Missouri troubled neighborhood. Hardy’s parents became like adopted children to her, whom she grew to love dearly. Sadly, his mother died when Hardy was age 10, just before he and Russo moved to Florida.

Russo endured her own family troubles, too. Her mother had died earlier that decade, and just after Hardy’s mother died, she received a call that her father suddenly fell ill during a family trip to Florida.

Before leaving to take care of her father, she fell through the slats of a landing two-and-a-half floors high.

“I turned around to go back down the steps, and the funny thing is, it was Mother’s Day and, in my hands, I had a little package of items used for a craft I was working on with Reggie,” Russo recalled.

“He was a little teeny tiny toddler then,” she continued, “and we had spent the day before at the park running, jumping, fed the ducks, the whole nine yards. He talked me into three little ice creams. It was a fun day. Anyway, we didn’t have much time after — we were going to do handprints and frame them for me and his biological grandmothers. But we didn’t get a chance to do that. I ended up falling through this silly deck thing.”

Russo’s spine was broken in several places, and she endured injuries to her head and foot. The accident left her disabled. Nowadays, she gets around in a power chair.

“It was like the blind leading the blind between my father’s health condition and mine,” Russo joked. “Thankfully, my aunt, Betty, my mom’s oldest sister, was absolutely wonderful to us. And my cousins and their families, they all took us under their wing.”

Since then, Russo and Hardy have forged ahead, enjoying life through creative outlets. They got involved with Arts 4 All at the H.O.P.E. House, where Hardy painted a mural on the garden wall. He attended Fort King Middle School and the arts program at West Port High School, in addition to volunteering for the Appleton Museum of Art’s children’s program.

Russo expressed pride when talking about the man Hardy has become. He has “real empathy” for others, she said, along with a strong drive and passion for helping people, and a “really cool sense of humor.” 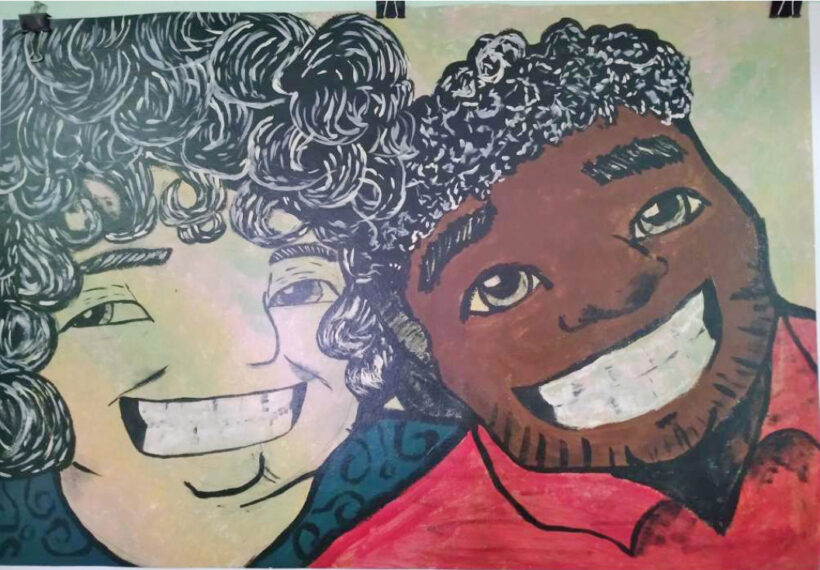 Reggie Hardy’s self portrait with his grandmother [Supplied]

“My grandmother has inspired me by teaching me that we can overcome any hardships in life as long as we keep a kind heart,” Hardy said of Russo.

Russo, originally from New York, grew up in a close-knit Italian American family.

“Reggie and I haven’t traveled in a very long time, but when he was younger, I took him to New York, where my cousins live. We stayed with them. He and their kids got along excellently.”

In 2020, Hardy spent time during the pandemic lockdown learning how to bake and cook.

Creating the cookies is like a puzzle, Hardy said. “It involves choosing the ingredients and getting the measurements correct to get the best cookies possible. I love seeing the finished product and knowing that people are really enjoying the cookies.”

Hardy designed the logo for his product and came up with the tagline, “It’s always cookie time!”

What’s next in the Hardy goodie bag?  Russo said Hardy is getting good at barbecue but, for now, he’s focusing on Cookie Jar Delights.

“My plan for the future,” Hardy shared, “is to keep expanding, allowing more people to enjoy my baking and to be able to donate some of my profits to kids who are in challenging situations.”

Reggie Hardy’s Cookie Jar Delights will be available as refreshments during the next Monday talk in “The Water and Wildlife of the Ocklawaha” series. To find out more about the event, visit ocalafoundation.org/community-foundation-funds/ocklawaha-river-restoration-fund/ and to find out more about Hardy’s cookies, email cookiejardelights@outlook.com.