Ocala’s Elise Bauer continues to make a splash with Gators 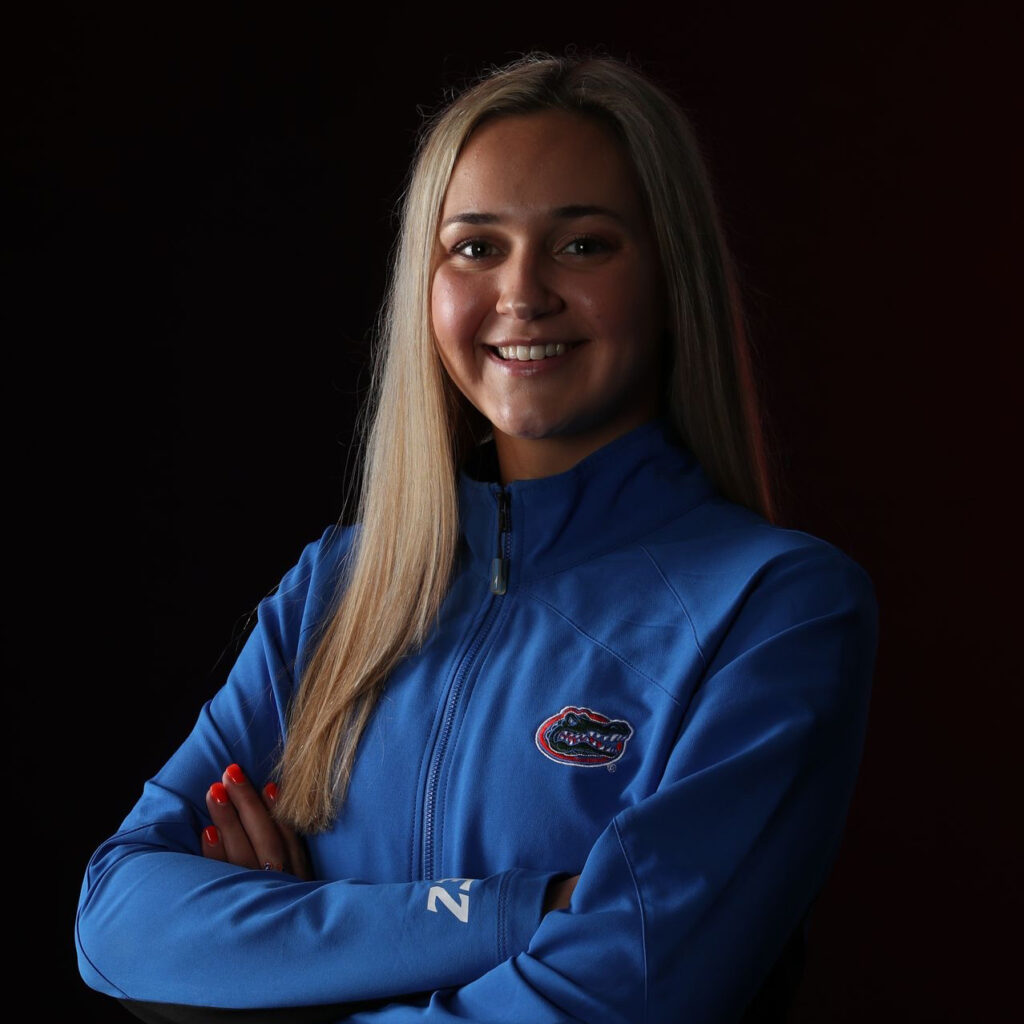 The former Forest Wildcat graduated in 2020 after an accolade-heavy swim career with both the Wildcats and the Central Florida Marlins’ club team. That swim career now continues just 45 minutes north in Gainesville with the Florida Gators.

In 2020, not only did Bauer secure a spot on the USA Swimming National Junior Team, but the former Wildcat also qualified for the Olympic Trials, which were set for Omaha last summer, before being scrapped due to the COVID-19 pandemic.

Now, six months later, Bauer has picked up right where she left off. This time, however, she has made her splashes in the Orange and Blue.

“Definitely coming in as a freshman, I wasn’t really sure what to expect… especially with the entire situation going on,” Bauer said. “Coming from Ocala and the training that I’ve done there, it was just a whole different game when I got up here. The training is a lot harder… a couple more practices a week. But I’ve enjoyed every second of it here.”

Midway through her rookie season as a Gator, Bauer already won her first college event, posted a B-cut for the NCAA Championships and once again secured a spot on the National Junior Team.

In November, Bauer and the Gators visited the Auburn Fall Invitational. The Ocala native’s first-place finish in the mile helped bolster the No. 7-ranked Gators to victory.

Touching the wall in 16:07.30, Bauer also notched her first NCAA B-cut, giving her a shot at competing in the NCAA Championships in March.

“It was a great meet overall,” Bauer said of her trip to Auburn. “I enjoyed every second of it. The mile was on the last day and having my team surrounded by me. It was great. They were cheering me on the whole time, along with the head coach Jeff Poppell. It was just a great time to swim with my teammates, along with a couple of the other Auburn girls and just get a feel for what it was like for the first time.”

And though Bauer recently learned of her spot with the National Junior Team, the former Wildcat’s focus is on finishing up her first season with the Gators.

“I was honored that they chose me again, especially with us not having many meets to show our potential,” Bauer said of making the National Junior Team. “As of right now, I’m really looking forward to SECs, as of right now. When that ends, then it’s NCAAs, and I hope to qualify for that while at SECs.

“And after that, I’ll just be training for (Olympic) Trials until then. And I just hope to do the best that I can do. Hopefully, the National Junior Team will have some meets that we can go to and compete for USA, but as of right now, that’s kind of where I stand.”

That’s a lot to juggle for an 18-year-old public health and education major.

“They’ve definitely been a big part of this year,” Bauer said. “They’ve helped me, not escape from swimming, but just have a weekend off and do something other than be around the pool. I always enjoy hanging out with them.”

Seeing familiar faces is one of the advantages of not going too far from home. However, at this rate, the places the Ocala native could go are endless.