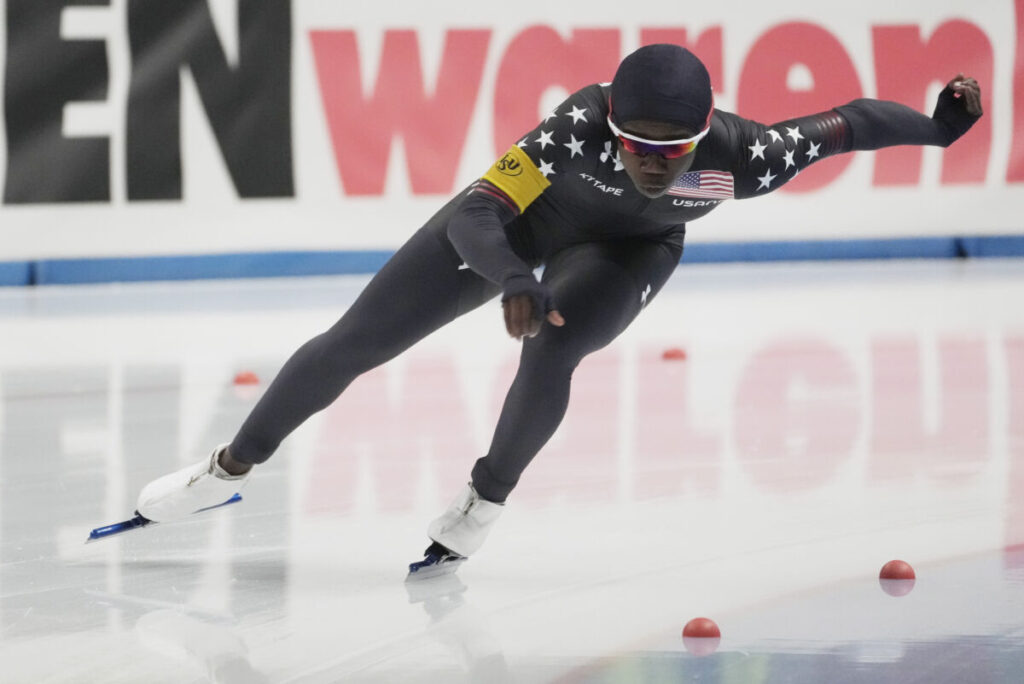 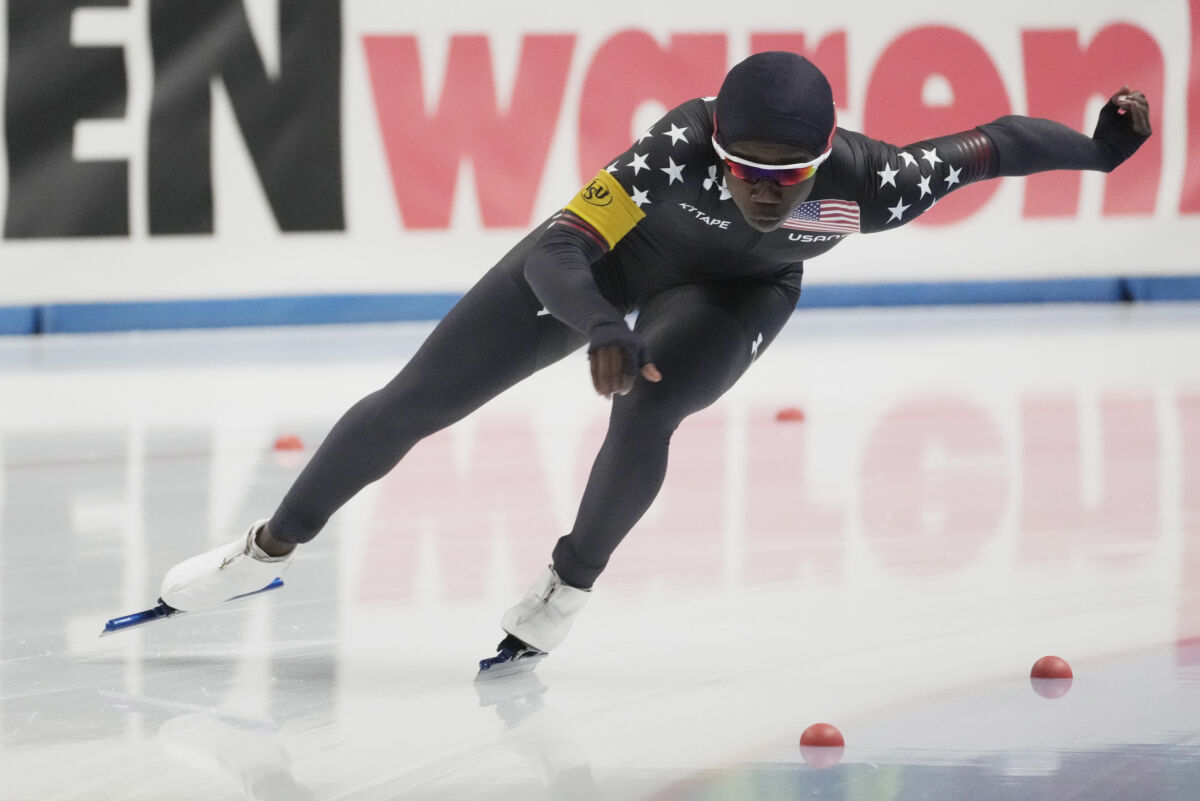 One day after becoming the first Black American woman to win a World Cup speedskating race, Erin Jackson made it two in a row Saturday.

The 29-year-old from Ocala, Florida, won the second 500-meter race at the season-opening meet in Poland, breaking her 24-hour-old track record with a time of 37.555 seconds.

Jackson made history Friday in the first 500 race, taking the top spot in 37.613. In both races, she defeated defending Olympic champion Nao Kodaira of Japan, who took second in the first 500 and settled for third in the second race.

The United States picked up another gold Saturday when two-time Olympian Brittany Bowe won the women’s 1,000 in 1 minute, 14.786 seconds, more than a half-second ahead of runner-up Miho Takagi of Japan.

Another two-time Olympian, Joey Mantia, gave the Americans a third medal on the day with a bronze in the men’s 1,500.

Jackson, Bowe and Mantia are all from Ocala, which has become an unlikely hotbed for the U.S. speedskating program.

Jackson switched to the ice from inline skating and roller derby. She became the first Black woman to qualify for a U.S. Olympic long-track speedskating team in 2018, just four months after taking up the sport.

At the Pyeongchang Games, Jackson finished 24th in the 500.

Jackson didn’t compete internationally last season after an eye injury and multiple people around her got the coronavirus. Her previous best World Cup finish was ninth.

With the Beijing Olympics less than three months away, the World Cup opener is a hugely encouraging performance for an American team that struggled at the last two Winter Games.