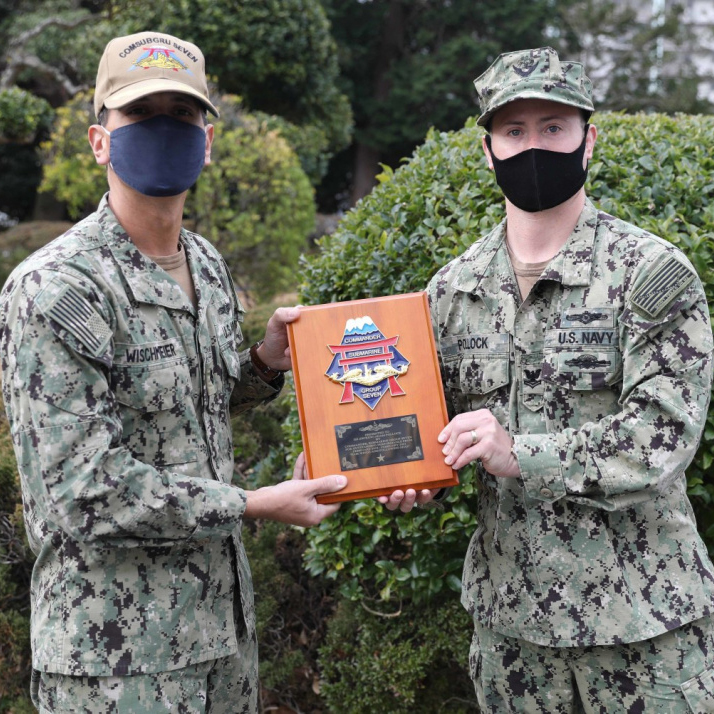 Pollock, who is an intelligence specialist in the U.S. Navy, recently completed a successful tour in Yokosuka, Japan where he served intelligence watch officer. His provided tailored intelligence to deployed units that aided in the success of numerous missions, according to a Navy press release.