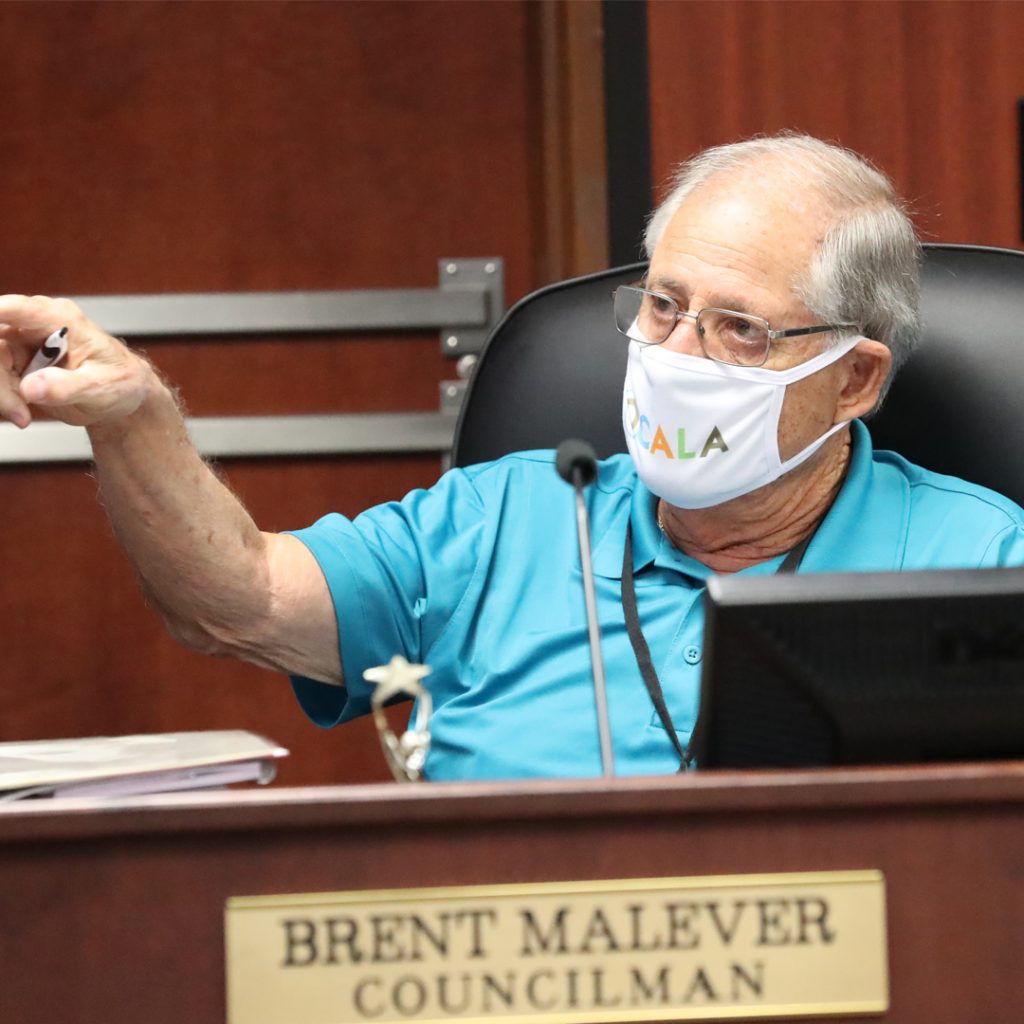 City Councilman Brent Malever argues against an emergency ordinance to require face coverings during the Ocala City Council meeting at Ocala City Hall in Ocala, Fla. on Tuesday, July 21, 2020. The City Council voted 3-2 against the emergency mask ordinance suggested by Councilman Matt Wardell that would have required people in Ocala to wear face coverings in indoor locations amid the COVID-19 pandemic. [Bruce Ackerman/Ocala Gazette] 2020.

The Ocala City Council decided to extend the city’s mask ordinance for another 60 days by a 4-1 vote on Tuesday.

The ordinance does not punish anyone for not wearing a mask, but it does encourage mask usage. A first offense will result in a verbal warning, and a second will result in a written warning.

However, businesses are required to post a sign at the entrance requesting that people wear a mask and, if it has a public address system, occasionally ask people to wear one. Employees who aren’t exempt from wearing a mask will also be required to put one on while in the establishment.

Exemptions include children under the age of seven, people with difficulty breathing due to a pre-existing condition and those who are either exercising at least six feet from another person, practicing religion or eating and drinking in a theatre or restaurant. Proof is not needed to qualify for an exemption.

Ocala’s mask ordinance dates back to August, when Councilman Matt Wardell’s proposal passed. Wardell previously used an emergency ordinance to propose a stricter ordinance that was rejected by the council. Mayor Kent Guinn, who was not wearing a mask at Tuesday’s meeting, vetoed the August ordinance, but a 4-1 vote by the city council overruled him.

The ordinance was extended in October for 60 days before being extended again at Tuesday’s council meeting.

Unlike previous votes, there was no vocal opposition from the public. The public comment period came and went without anyone stepping up to the podium. Councilman Jay Musleh, who was also not wearing a mask and previously voted against the mask ordinance, was the only dissenting vote.