Not just for horses 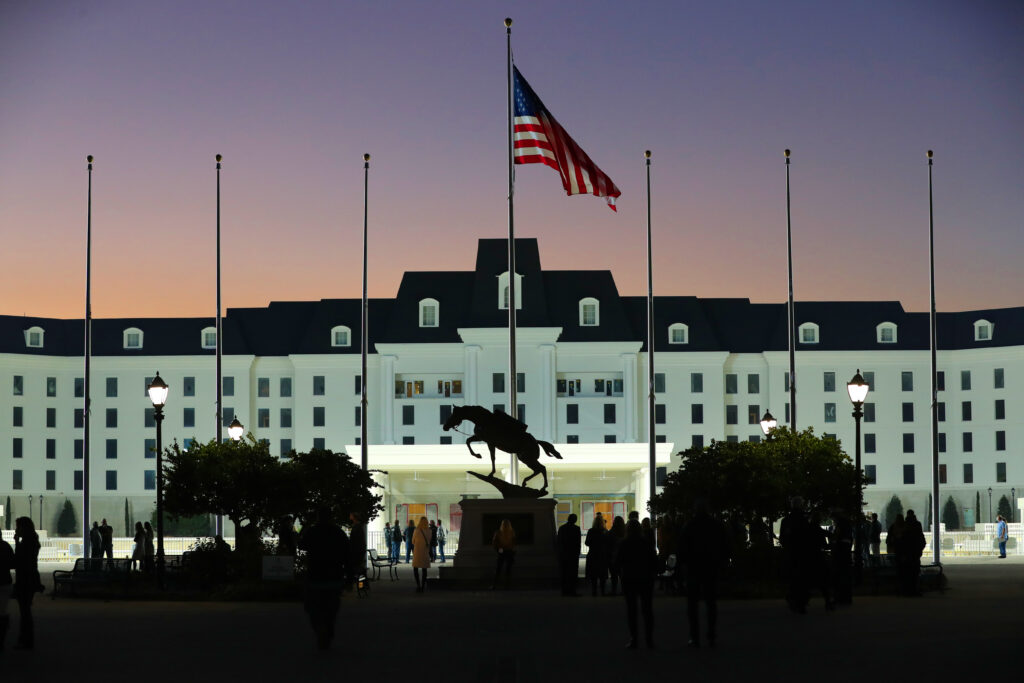 The sun sets as people gather for a VIP sneak peek of the new World Equestrian Center in Ocala on Wednesday, Dec. 9.

The sun sets as people gather for a VIP sneak peek of the new World Equestrian Center in Ocala on Wednesday, Dec. 9.

Don’t let the name fool you. Although the new World Equestrian Center was created to be the largest horse show complex in the country,

WEC is much more than a haven for horses and their owners. 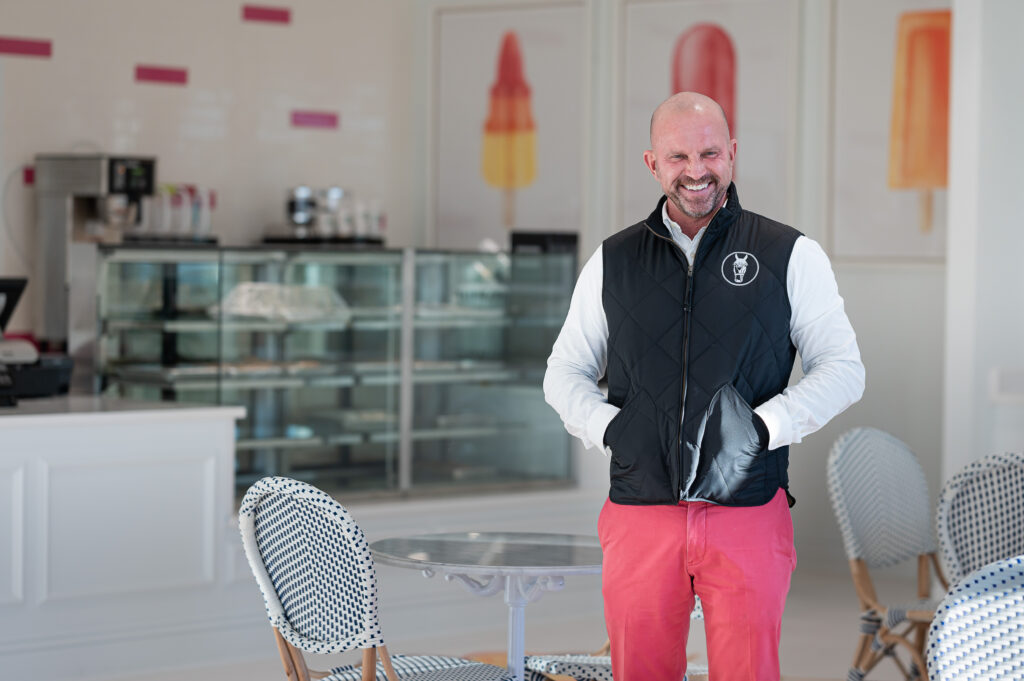 The sprawling complex features the 8,000-seat Hunterland Stadium, which could eventually host concerts, graduations or other large events, as well as four climate-controlled indoor arenas and 22 outdoor rings designed for equine events. There are also five exposition centers or “flex buildings,” each offering 132,300 square feet of indoor space that can be used for sporting events like volleyball or basketball, conventions, trade shows, car shows, dog and other animal shows or party rentals.

As you enter the complex through the gate, the impeccable landscaping, featuring flowering plants and lush greenery, creates a welcoming first impression. But it’s when you pass from the parking lot, between the arenas and into the main plaza that the view becomes truly stunning. 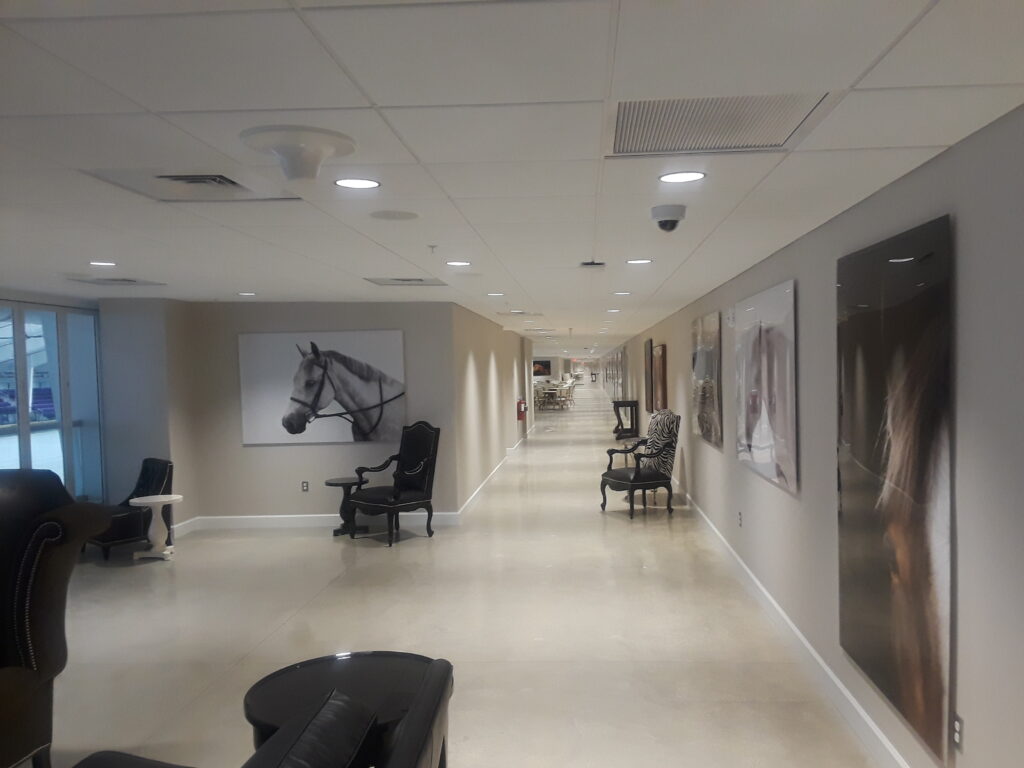 VIP viewing area in one of the arenas.

This is the sight you’ve seen on billboards: the stately, five-story Equestrian Hotel directly ahead, overlooking the Grand Stadium. Covered promenades beckon visitors to stroll to the expansive covered porches for al fresco dining. On a raised platform in the foreground is the impressive, life-sized statue of decorated war horse Staff Sgt. Reckless, who received two purple hearts for her service with the U.S. Marine Corps during the Korean War.

The funny thing, said Ric Owens, lead designer for Roberts Design, is that the original sketches for the main plaza and centerpiece arena were drawn on a napkin by Roberts and his mother, Mary, over dinner.

“That layout happened and then we thought of things on a bigger scale,” Owens said. “That’s what created the promenade.”

Furnishings in the hotel’s public spaces and the arena VIP areas are “transitional,” Owens said. “It’s a neoclassical French style but we’re going to have very stark finishes like white walls, dark draperies and all-white millwork, then we’re going to balance it out with black leather sofas with white pillows. It’s going to be very transitional to traditional but still pushing the element of very clean and airy, still in Florida … but you have to ground it somehow and the darker elements are how we’re going to do that.”

As the project coordinator for all the WEC buildings, Owens says he helped bring Mary Roberts’ vision to reality.

“It kind of morphed into a multipurpose center for everybody,” he said. “It’s not just equestrian. It is, but it’s also very flexible to be other things as well.” 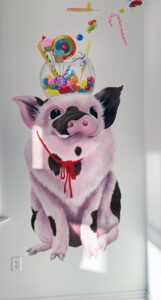 Although the hotel, with its fine dining restaurant, Irish pub, French patisserie, luxury day spa and boutique shopping, will open in the spring, the community is invited to visit the complex when WEC officially opens Jan. 1. So, while there’s a lot to look forward to, there’s already a lot to see and experience.

Viola & Dot’s, an ode to Mary Roberts’ mother, Viola, and her sister, Dot, serves hearty Italian favorites like lasagna and pizza in a family atmosphere. 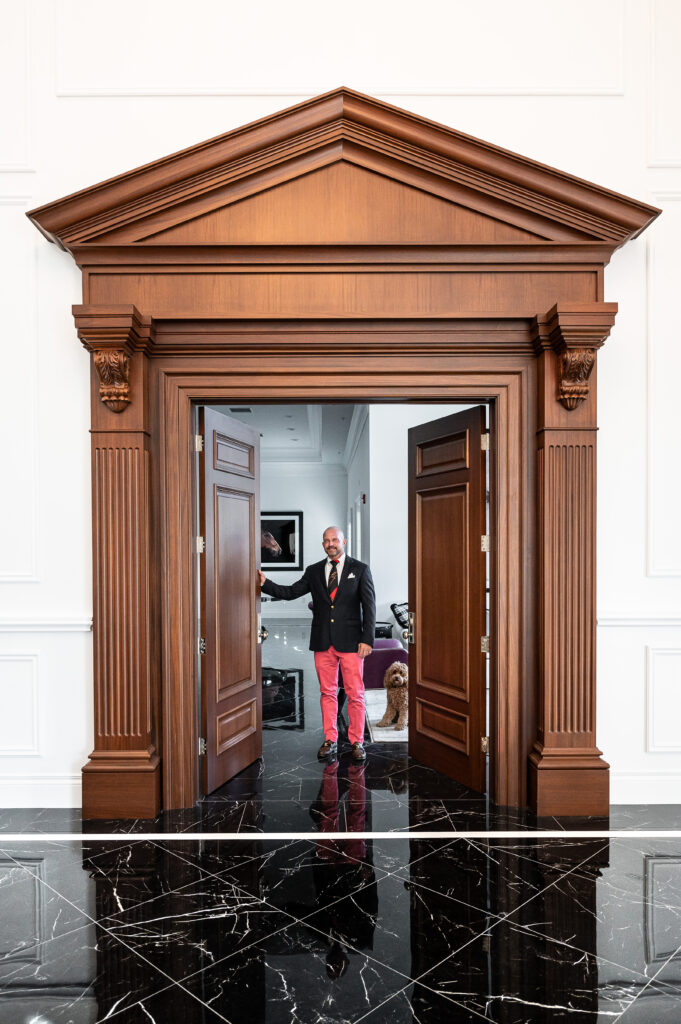 For traditional American cuisine, there is Ralph’s, located next to the stadium, named after Mr. Roberts.

Miss Tilly’s Lollipops, named after a beloved family dog who liked to play dress up, is a colorful confectionery with an old-fashioned ice cream shop vibe.

As the complex continues to be developed, miles of jogging trails will be open to the public. One planned activity will be drive-in movie nights, golf cart style. According to Roberts, guests will be able to rent a cart for the evening to enjoy a film on one of the 30-foot by 60-foot Jumbotron screens.

Automobile afficionados will want to mark their calendars for April 30-May 1, when the Festivals of Speed roars into the WEC with a collection from carmakers, including Lamborghini, Ferrari, Porsche, McLaren, Bentley and Rolls-Royce.

The first event to be held at WEC will be the Tom Powers Christmas Challenge Dec. 12 -20. The pleasure futurity show is expected to draw riders from across the country, many of whom will camp on-site in the WEC’s 300-site RV park. The socially distanced equine event will take place mostly outside and spectators are welcome.

WEC’s own Winter Spectacular hunter and jumper event begins Jan. 5 and continues through March. Dressage competitions begin Jan. 8 and continue through April. Spectators are welcome and parking is free. Leashed dogs are always permitted. New events continue to be added every day, and the WEC website has an up-to-date calendar along with the latest COVID protocols. 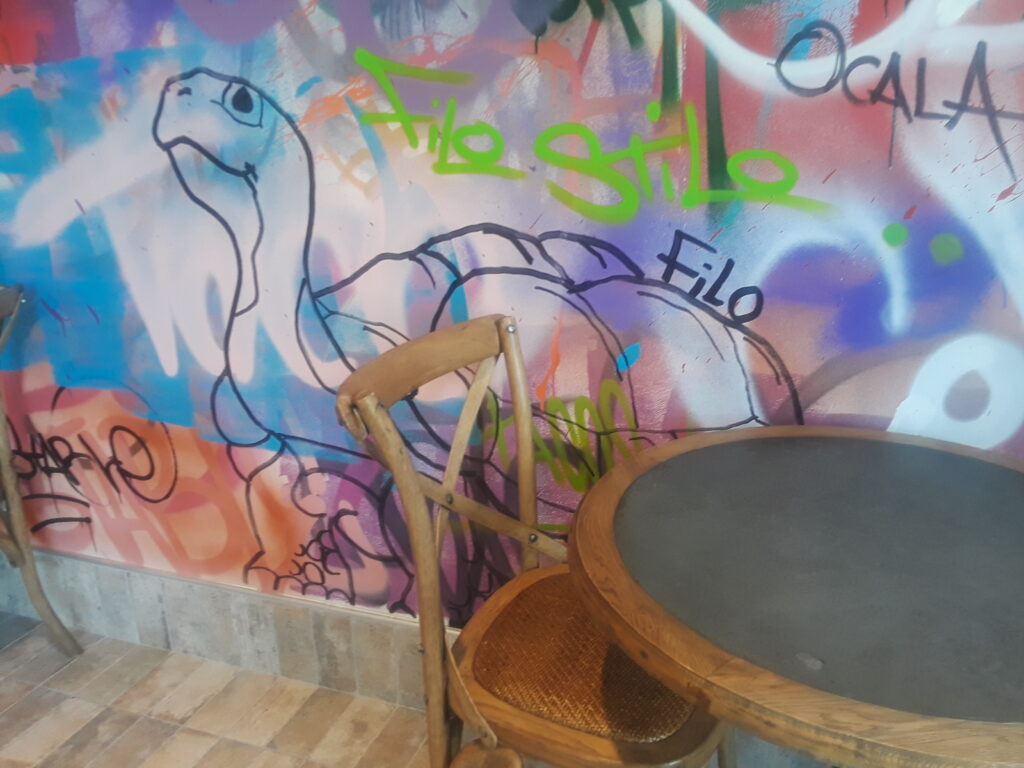