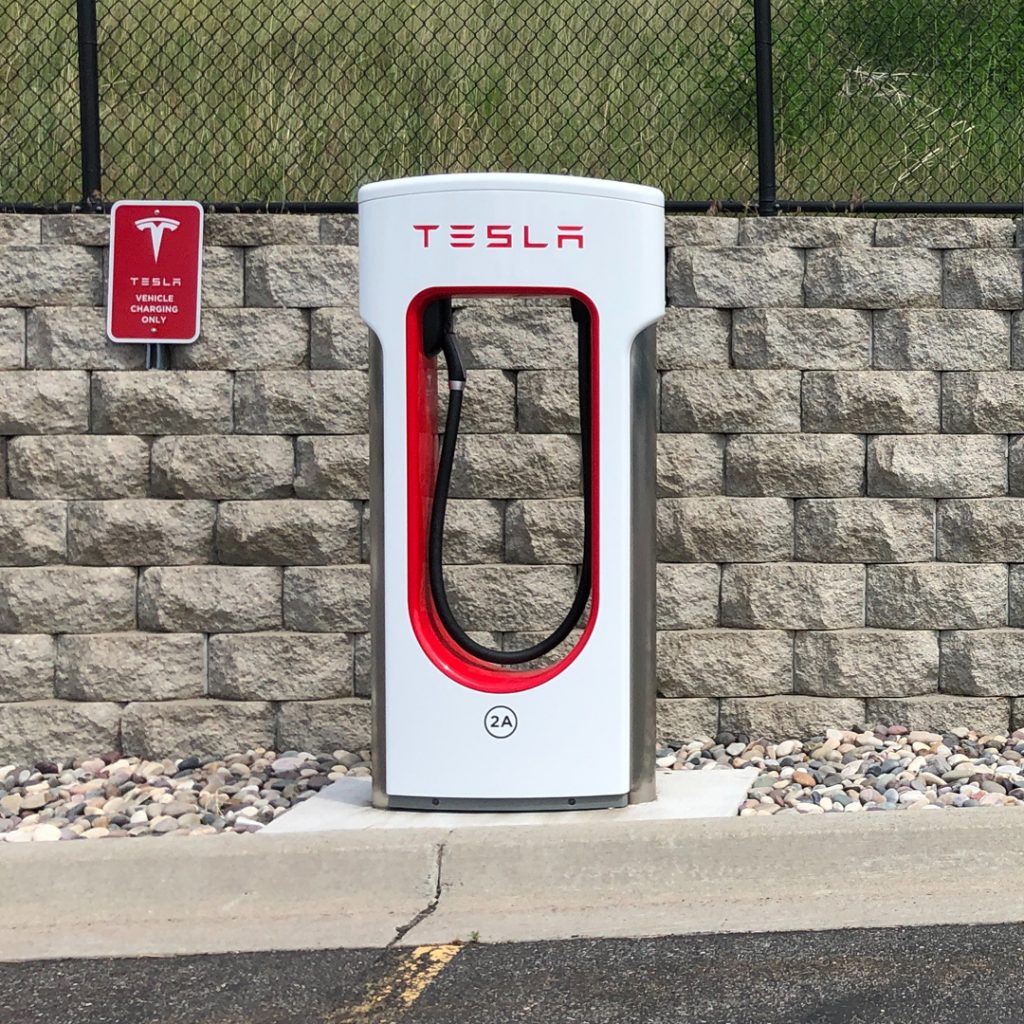 One of Florida’s newest laws lays the groundwork for building a vast network of electric vehicle charging stations along highways, part of a broader effort to improve the appeal of such environmentally cleaner cars and trucks.

The new law requires state officials to send the governor and lawmakers a new plan by July 1 next year to build more charging stations along state highways, with a status report due by Dec. 1. It also envisions a new network of “staging areas” in rural communities along Florida’s turnpikes to help drivers of electric vehicles quickly evacuate northward during hurricanes or other emergencies, since recharging electric cars can take an hour or longer.

Here in Ocala, there are five charging stations, although only two of them are for the general public – the Tesla charging station at Market Street at Heath Brook and the downtown parking garage. The other charging stations are at Duke Energy’s facility on Maricamp Road, Pierson Nissan and BMW of Ocala.

Florida has unique reasons to act to deter environmental threats from warming temperatures and foster better convenience for electric cars: The state is surrounded by rising seawater and is nearly 450 miles long from Key West to Georgia’s border – far longer than the range of the best battery-operated vehicles on the market.

“You could have all these stations everywhere, but then people pull off the road, and they’re sitting there charging, and you have these massive long lines of cars,” warned Matthew Gruber, 37, of Miami, who owns a Tesla Model 3. He said the new law could discourage people from driving electric cars before big hurricanes, when masses of people hit the road.

The law also requires the state to estimate the loss of gas tax revenue, which in Florida accounts for roughly one-quarter of state highway funding. Other sources include registration fees, tolls, bonds and other revenue.

The law is part of a broader strategy, led by the Florida Office of Energy under Democratic Agriculture Commissioner Nikki Fried, to design a roadmap for promoting use of electric vehicles and expanding charging stations statewide. The energy office is one of the primary agencies responsible under the new law.

The law DeSantis signed said climate change “may” have significant effects on Florida and acknowledged that a “significant portion” of the state’s carbon dioxide emissions come from the transportation sector, surpassing even utilities as the biggest air polluter.

Sen. Tom Lee, R-Brandon, chairman of the infrastructure committee that introduced the bill, said it was intended “so that there was no impediment and no anxiety to purchasing electric vehicles for long-term trips.” Lee, who announced last month that he is retiring from the Senate, said it was inspired by years of inaction on climate change.

The new state roadmap is also studying social equity issues, since the existing charging network largely bypasses minority, low-income and rural communities – some of which are more vulnerable to the adverse health effects of poor air quality.

“It seems to be the best, quickest way for us to reduce the carbon footprint of Florida,” said Lee, who is married to Florida’s secretary of state.

Gruber said he bought his Tesla a year ago for environmental reasons. Because he can’t charge his vehicle at his condo, he uses the second floor of the parking garage at his law office in Coral Gables, where the outlets charge up to 30 cents, rather than Florida Power & Light Co.’s baseline 10-12 cents, per kilowatt-hour.

There are nearly 70,000 vehicle registrations filed as fully or partially electric with the Florida Department of Highway Safety and Motor Vehicles, but an agency spokeswoman said owners are not required to identify cars as electric so that may not reflect the actual number registered in Florida.

Florida boasts the third-highest number of electric vehicles in the nation behind California and Washington, according to the state energy office, and has just over 4,000 public and private charging outlets already, most of which are found in metropolitan areas.

This story was produced by Fresh Take Florida, a news service of the University of Florida College of Journalism and Communications. The reporter can be reached at mstarling@freshtakeflorida.com