New event series celebrates ‘the Water and Wildlife of the Ocklawaha’ 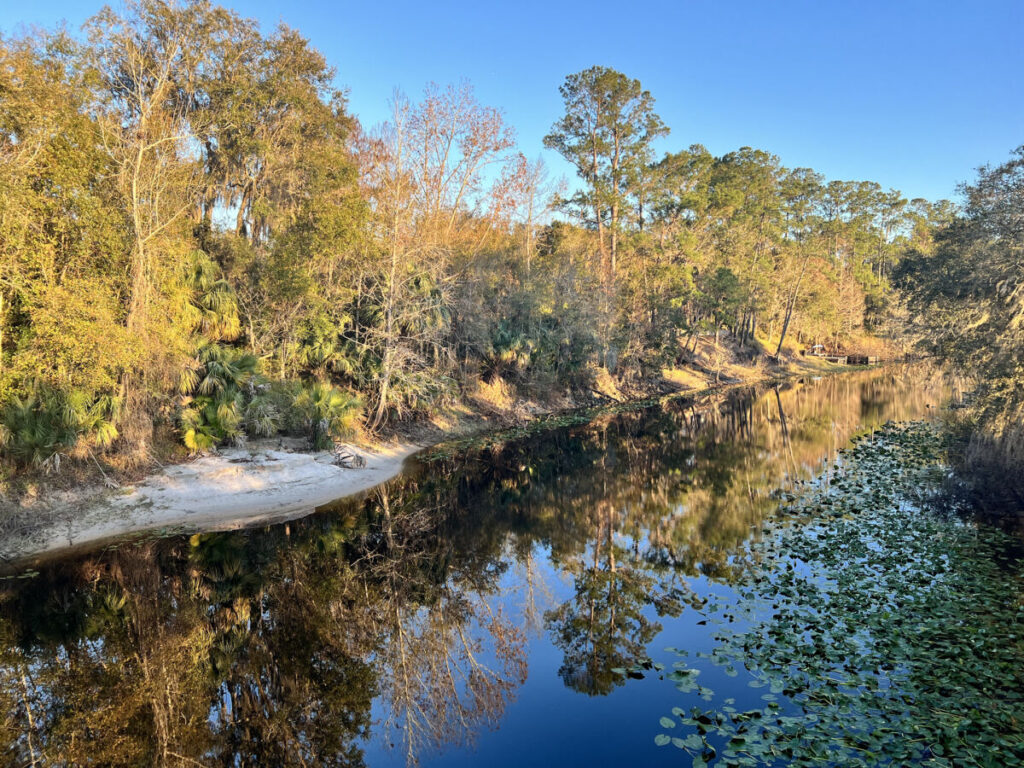 Acknowledged as a “Great Florida Riverway,” the Ocklawaha River has a history that runs deeper and richer than many Floridians know.

A new art, history and culture series at Hope House at Fort King Presbyterian Church, 13 NE 36th Ave., Ocala, will hopefully fill in the gaps by celebrating and educating the public on the Ocklawaha with events throughout the month of October and the creation of a mural through November.

Free lectures and exhibits and the live creation of the new mural will pay homage and bring awareness to the river, underscoring its colorful history and potential to nourish the ecosystem along with our local economy.

Through November, at various times, artist and augmented reality creator Drake Arnold will be painting the mural “Water and Wildlife of the Ocklawaha” at The Hope House, at 13 N.E. 36th Ave., Ocala. Featured last year in this publication, Arnold’s interactive murals have appeared throughout Central Florida, including the city-commissioned “Electromagnetism,” featuring electro-chemistry pioneer Michael Faraday, at 201 S.E. Third St.

Arnold has donated his time to create the vivid, approximately 138-foot mural depicting the flora and fauna of the celebrated river. Anonymous donations helped provide materials and maintenance through the Fort King Presbyterian Church. On Oct. 17 at 6 p.m., he will give a talk on his works. Once the mural is completed, it will become a gift to the City of Ocala.

On Saturdays, talks will be presented under the oak trees and playground of The Hope House, (weather permitting). Attendees can bring a blanket or folding chair. Snack boxes and beverages will be provided.

At 6 p.m. on Oct. 3, photographer Alan Youngblood will present the talk, “Tales of the Ocklawaha River and Silver Springs.” Youngblood has photographed many stories of the Ocklawaha River, from the impacts of a tropical storm to the explosion of invasive aquatic weeds and changing fish. Youngblood will also share tales about anglers, bait shops and cleaners of the Silver Springs’ glass-bottomed boats. Compelling photos will accompany his stories.

At 6 p.m. on Oct. 10, Margaret Spontak, chair of the Free the Ocklawaha Coalition, will give a talk on the history of the Ocklawaha Drawdown. Photography and artwork in the exhibit highlight what the Ocklawaha drawdown looks and feels like, featuring photographers Doug Eng, Mark Emery, John Moran and Will Dickey, and visual artist Reinier Munguia. The drawdown, as many locals know, provides a glimpse of what a restored Ocklawaha River would look like. Spontak tells the story behind the drawdown and the imagery showcased and what restoration would mean to three rivers and 50 springs.

At 6 p.m. on Oct. 24, Karen Chadwick presents a sculpture talk,” Bringing Ocklawaha’s Wildlife to Life.” Chadwick, who is a boat captain, also is a graduate of the Ringling School of Art and will showcase her soapstone sculptures of wildlife found along the Ocklawaha River and other works. She has designed exhibits for environmental and education centers and museums across the state, including Ocala’s own Silver River Museum.

The gallery space and volunteers were provided through a collaboration between The Hope House at Fort King Presbyterian Church and Free the Ocklawaha River Coalition for Everyone. Artist talks will be moved inside in the event of rain or poor weather conditions.

Donations are still being accepted to support the mural at ocalafoundation.org/community-foundation-funds/ocklawaha-river-restoration-fund.