Remembering and honoring the life of Ron Decker 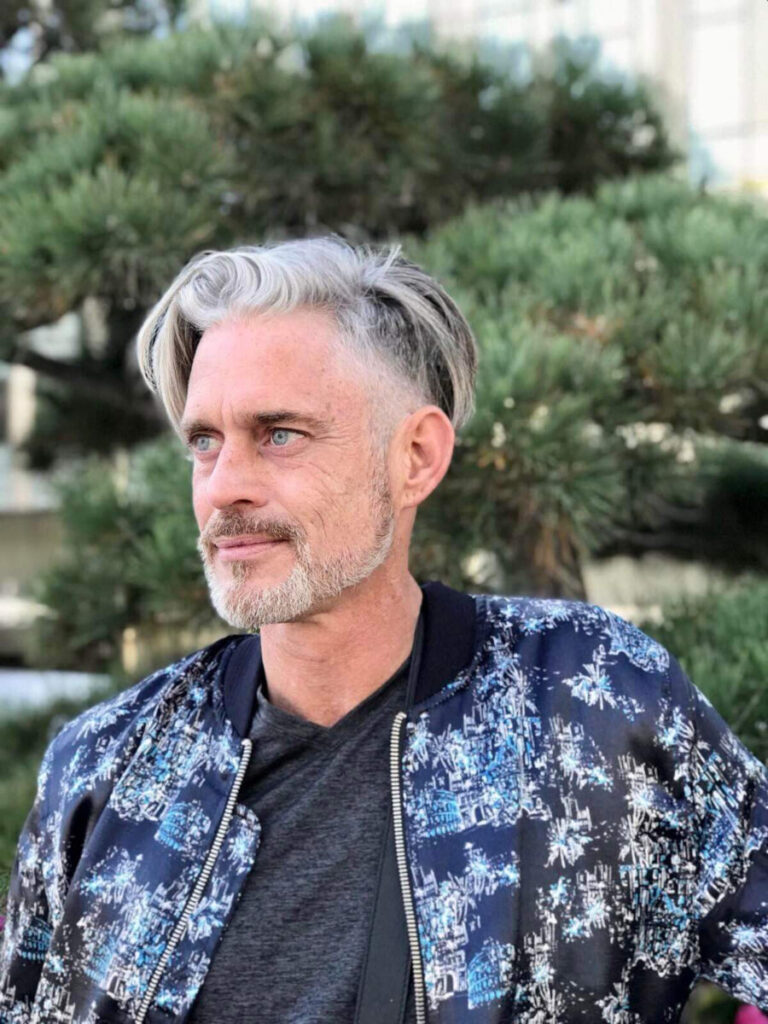 On Sept. 10, 2022, Ronald Wathan Decker II left this world. Ron was magical. He said I was his muse, but I laughed it off. Me, a muse? I looked up the definition of “muse”: it inspires an artist’s work. Ron was an artist, and I would be honored if I inspired him.

Ron Decker was born in Kalamazoo, Michigan, on June 2, 1973. Raised in a blended family, Ron was the only son. The family relocated to Ocala in 1985.

Ron went to the Academy of Creative Hair Design in Ocala and apprenticed with the late James Manning of Neon and Salon 209. Ron was proud to have learned at the feet of a master and carried James’ lessons with him his entire life.

One day I was at the Southside Deli looking through a hair magazine. Suddenly, I heard this voice say, “I’m Ron of Ocala. I’ve been doing hair for 20 years. I’m the best, and I guarantee all my work.” I looked up to see blue, sparkling eyes and a huge smile. He plunked down a card and wandered off to order a pile of food from Ed.

So began the adventures of Lisa and Ron.

I wanted to help this fantastic talent but I wouldn’t say I liked the shop, so, I bought it and rebranded it in 2013 as the Proper Tease Salon, with one caveat: I told Ron he would own it in two years. And he did.

We worked together nearly every day during that time. Ron’s personality was magnetic. He pulled you into his orbit. He was a pro at communicating his vision, and our clients left smiling and happy.

But not always. Ron was an addict. He was kind, compassionate, funny, thoughtful and loving when he wasn’t using. But when Ron was using, he was the opposite of his authentic self. He hurt people, and unfortunately, too many people only knew that side of him.

His sister Amy Decker Flingos summed it up for me. She said, “Ron loved everything to excess. If it made him feel good, he would partake in it. Friendships, favors, even the drugs he did. He never did anything halfway. It was always the best, often to his detriment.”

I was on a rollercoaster ride with Ron for many years, which was sometimes heartbreaking. He suffered from debilitating social anxiety and used drugs as a lubricant to mask physical and emotional pain but, I think, he used drugs to hide his loneliness. More than anything, Ron wanted love.

In 2019, he was using again, and getting my hair done was no longer a joy. I said, “Ron, I can be your client or friend. I can’t be both.” He asked me to remain his friend, and I did until the day he died.

Ron died from a combination of complications from a compromised immune system that never fully allowed him to recover from a blood infection from a chemo port, combined with other maladies. I saw him on his last day at Hospice of Marion County’s Ted and Diane Brandley House. He could only raise his eyebrows and meet my eyes. I did what one does for the dying—I swabbed his mouth, moisturized his lips and put lotion on his hands, which were scarred from scissors. But I couldn’t get him to see me. Finally, I knew what would work. In my best “boss” voice (he hated boss voice), I said, “RON, IT’S LISA. WAKE UP!” I got an eyebrow raise and an eye lock. I started talking. I moved his hands through my hair. I told him I loved him. I told him he had done it all. He achieved his dreams. He owned his salon, he did Miss America’s hair, he did what he wanted.

We cried. Ron wanted to speak, but it wasn’t necessary. He told me all he wanted that day with his eyes.

I told him I loved him, kissed him and walked out the door, leaving a part of me inside.

I still cry every day, and yet I can hear his obnoxious cackle of a laugh. A friend told me to take it as a sign that he’s happy and that comment brings me comfort.

Those of us who truly loved Ron only ever wanted him to be happy. And I think he is. Ron Decker was too gentle a soul for this world. We have lost a light.

Ron’s legacy is important to me and I believe that my husband, David, and I investing in cosmetology education would have made him happy. We are creating the Ron Decker Scholarship Fund at the Community Foundation for Ocala/Marion County and we invite you to donate at www.ocalafoundation.org/community-foundation-funds/community-foundation-general-fund/—and be sure to designate your gift in Ron’s memory.

We will also host a Celebration of Life for Ron from 5:30 to 9 p.m. on Oct. 14 at NOMA Gallery at 939 N. Magnolia Ave., Ocala (nomaocala.com). I will do my best to plan the party I know Ron would want—which means fun. We hope you join us.