Artist Derek Grimsley is reclaiming his life, and he’s conveying his excitement through colorfully inventive paintings featured at the Brick this month. 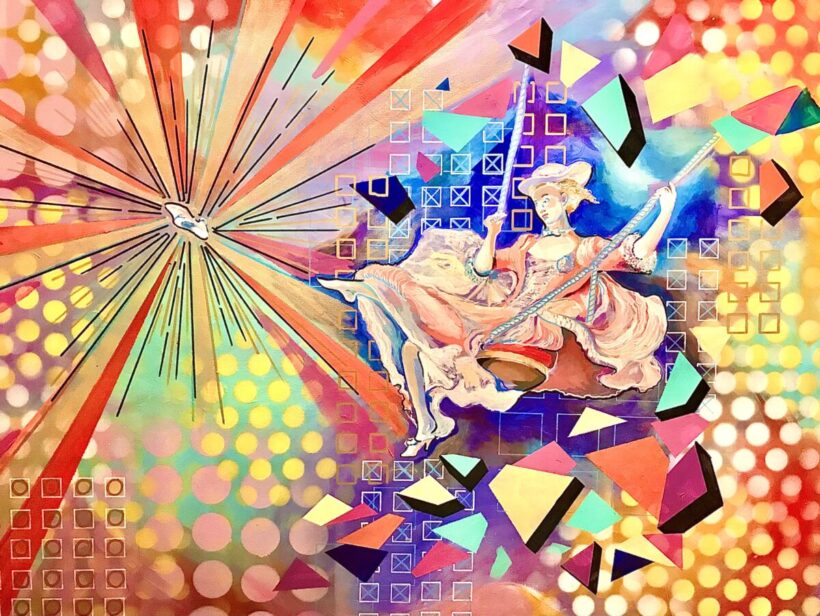 Born in Lakeland, Grimsley has triangulated Central Florida throughout his life. He lived a few years in Clearwater but spent a big chunk of his youth in a neighborhood near Baseline and Maricamp roads. During his teens, he woke up early and took the bus across town to attend the arts magnet program at West Port High School. After attending the Savannah College of Art and Design, he lived in Tampa for a spell before eventually landing in the Orlando area.

Although Grimsley lives some 80 miles away near Wekiva Island, he visits Ocala every other weekend to spend time with family. At his day job, he assists patients getting cataract and LASIK surgery as a surgical counselor at Filutowski Eye Institute.

Acrylics and watercolors dominate Grimsley’s paintings. Speaking of water, it’s as fluid as he is. “There’s a lot of movement, a lot of shapes, a lot of color, just to kind of like weave and make a cohesive piece, but with a lot of different elements going on,’’ he said about his new works.

A few of his newer paintings will be on display at the Marion Cultural Alliance Brick City Center for the Arts during the Couch Sessions exhibition, opening Friday night in tandem with the First Friday Art Walk. The space’s new exhibition pays homage to the event series’ ongoing roster of artists and performers.

The Couch Sessions events, for Grimsley, have offered a fun, communal way to start 2023. 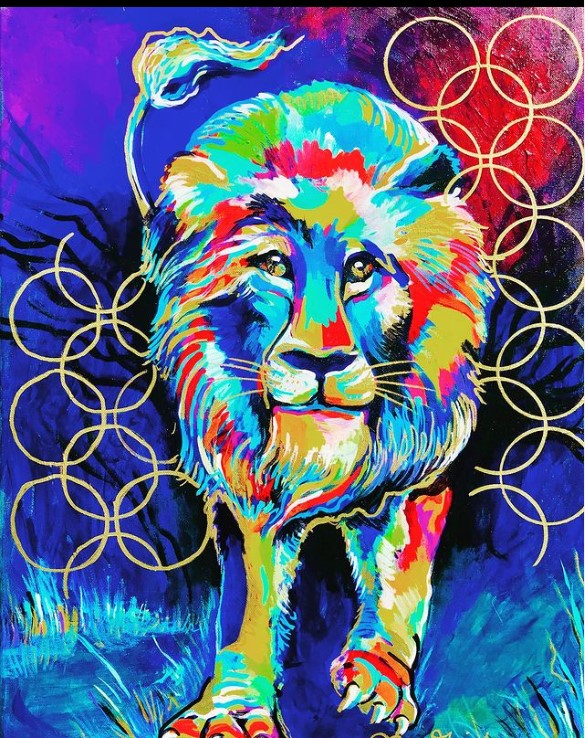 “When Olivia (Ortiz) told me about Couch Sessions, I got really, really excited especially with everything that happened during the pandemic,’’ he said. “I don’t know if it’s the same story with other artists, but it really put kind of a block on wanting to be creative or trying to figure out how to keep the creativity flowing. But now that we’re getting back into more of a normal routine with just life in general, I’ve been a bit more creative.”

Creativity and people skills run in Grimsley’s family. His mother, Karla Grimsley-Greenway, is CEO at Interfaith Emergency Services and gets a fair amount of ink from our newspaper for all of her and her organization’s charitable work in the community. His father, Terry Grimsley, is a former pastor at Living Waters church, and now serves as a senior pastor at the Mulberry Church of God. 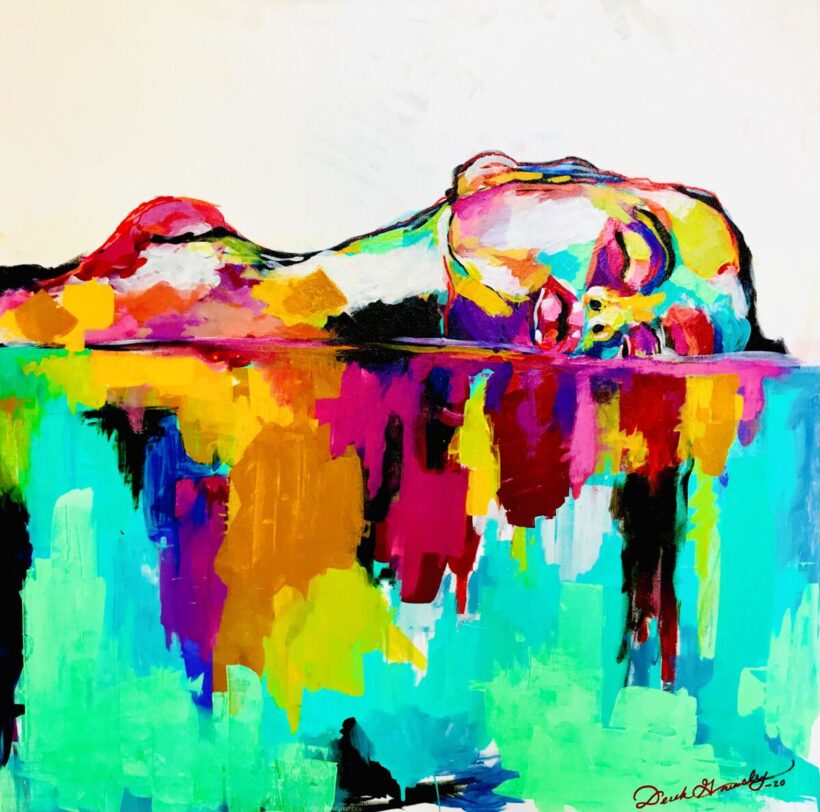 “Lady in the Water”
Acrylic on Canvas

“Both of my parents have always been super supportive of anything that I’ve wanted to try to accomplish,” Grimsley said. “They’re very level-headed people, but also very nurturing. So, I’ve been very, very lucky to have them both in my life and to have such support especially when it comes to art. My mom was the one who encouraged me to even try out at the magnet school at West Port.”

As with almost everyone else, the past few years haven’t been easy for Grimsley. After a breakup and period of upheaval and reflection, he is back at the easel and working on new paintings.

Currently single, the 34-year-old artist said he’s dating himself while he’s working on his wellness and getting more involved in the community.

“I’ve been trying to get a little bit more fit, and I’ve been going to the gym,” he said with a modest chuckle. “I like to go to Cranes Roost Park and take walks there. I’ve gone to a lot of local art shows and to see some friends that are DJs and heard some of their sets. Trying to stay active.”

About his new works, “It’s still going to be very much me,” he said. “It’s my color palette and everything, but it’s going to be more of a light study with geometric shapes and things that are a little different from what people that know my artwork are used to.”

He takes commissions and has worked on portraits of people and animals. A recent lion painting he posted on his Instagram page represents a self-portrait of sorts.

“I didn’t know how I could paint what’s recognized as one of the strongest animals,” Grimsley wrote in the caption of the lion commission.

“I found my moments of strength every time I laid the brush to canvas. I started seeing myself, and this painting of a lion started looking more like a self-portrait. I’m finally believing in my worth and strength every day.”