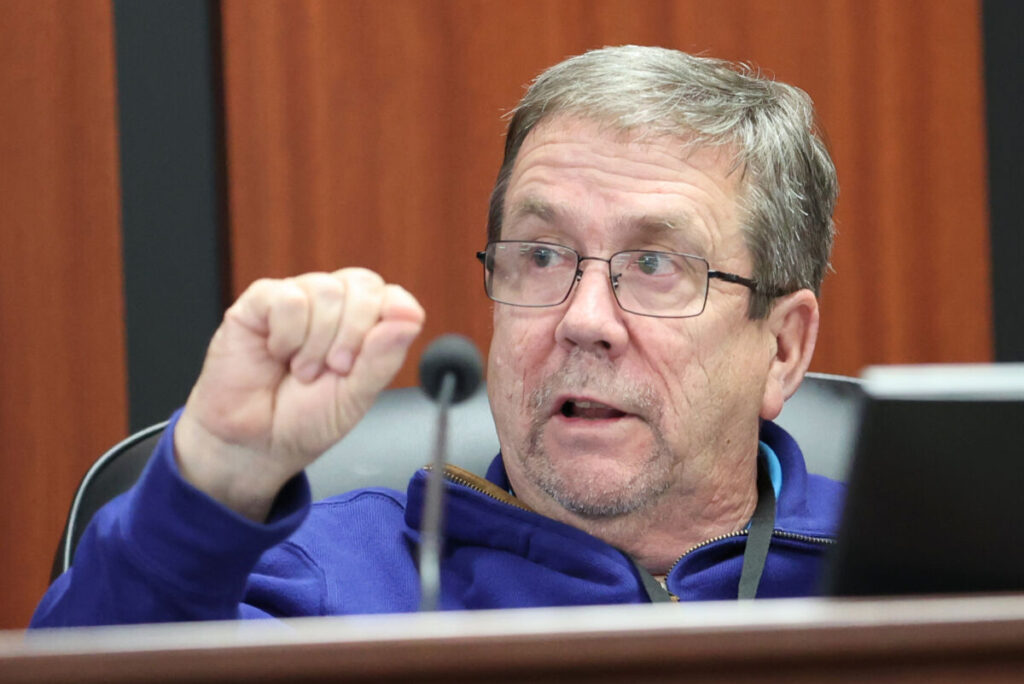 “Banking is about relationships” might sound like a clichéd sound bite in a commercial, but the city’s CFO, Bill Kauffman, used it to give context to the city auditor’s April 18 report finding that city staff dragged their feet renewing their banking services contract.

According to the auditor’s report, the contract for the city’s banking services was set to expire on April 30, 2020, and the whistleblower complained the city’s CFO, assistant city manager Bill Kauffman and finance director Emory Roberts, did not act quickly enough to start the process to put a new banking contract in place. The events were unfolding a month after the COVID-19 pandemic exploded, impacting governments and businesses around the world.

The auditor’s report noted that an invitation to negotiate a new banking agreement was solicited on April 23, 2020, and the city’s Finance Department’s evaluation committee chose SunTrust Bank (now called Truist) and TD Bank as the finalists.

Although not referenced in the auditor’s report but relevant to the timeline are two things that occurred in June 2020. Sandra Wilson was named city manager and the appellate court’s entered a decision, after years of litigation, finding that the fire fee did not qualify as a “user fee,” and thus, was an invalid tax. The appellate court’s order kicked back the case to the local trial court with the mandate that the city make refunds estimated at the time to be around $80 million.

According to the auditor’s findings, on November 9, 2020, the evaluation committee concluded that it’d be in the city’s best interest to continue with SunTrust Bank for the city’s banking services. The issue was set for the city council’s November 17, 2020 meeting. But less than an hour before the meeting, SunTrust “changed their best and final offer.”

“The reason SunTrust had to change their banking service agreement is because the bottom fell out on interest rates,” explained Roberts.

The city auditor’s report found that Kauffman and Roberts decided in early February 2021 to stay with their recommendation of SunTrust. The bank had just switched names to Truist and was completing a merger with BB&T. For this reason, the bank could not enter into a long-term bank agreement with the city.

Kauffman told the Gazette, “We wanted to give our current bank the opportunity to complete their merger, that is why we did a short-term contract. Again, we wanted to be fair and reduce as much risk to the city as possible.”

Kauffman also explained that the city was facing an $80 million dollar judgement in the fire fee case and taking out a loan to repay it was an option that staff had to keep in mind when it came to navigating the city’s banking relationships.

The loan is another issue that did not make the auditor’s report.

The city’s financial advisor Dunlap & Associates was asked last year to help the city identify a bank that would give them a $60 million dollar loan. The city put out a Request for Quotes for a $60 million taxable drawdown note with a deadline to respond by December 14, 2021.

The request was sent to more than 20 banks according to Kauffman but only two stepped up, the city’s bank Truist (formerly known as SunTrust Bank) and JP Morgan on December 14, 2021.

At the March 1 city council meeting staff recommended Truist to the council for the loan, and in their recommendation wrote, “Truist Bank was ranked the highest of the two proposers for the $60 million loan. The loan will be priced at a variable rate from the closing date until July 1, 2022. There will be no prepayment penalty during the Variable Rate Period. On July 2, 2022, the variable rate shall convert to a fixed rate. The fixed rate option selected by management was Option 2 in the proposal which provides a rate of approximately 2.84% (based on 12/31/2021 rates) and the option to prepay the loan any time after October 1, 2027 without penalty.”

City council approved the loan on March 1, 2021 and during the discussion it was noted that the loan at relatively low closing costs.

The city auditor stated that some of the reasons city management gave for staying with the SunTrust Bank were not set forth in the “Invitation to Negotiate.” The auditor also questioned the consistency of placing the contract on the general business agenda and another on the consent agenda.

However, Kauffman made the point that the shorter banking contract was valued under $50,000 and therefore it met the city’s policy for agenda items.

The city auditor did not quantify any financial loss to the city in his April 18 report and multiple attempts to reach the city auditor with follow up questions have gone unreturned.

Councilman Jay Musleh told the Gazette that changing banks for the city is complicated considering how many funds the city holds accounts. “The true cost of changing banks is hard to calculate. When you figure staff time to set up vendors, changing wire services, ordering new cards and checks, it adds up,” said Musleh.

Roberts told the Gazette that the city estimated it would take at least 1,000 hours of staff time for the IT and Finance departments. “It’s not plug and play. We pay 90% of our vendors electronically and getting it set up correctly takes time,” he said.

Roberts agreed. “When making decisions about the city’s banking services it’s more than just about earning interest. It’s also about preservation of funds.”