Molly, Marion County’s anti-animal abuse ambassador, gets her close up 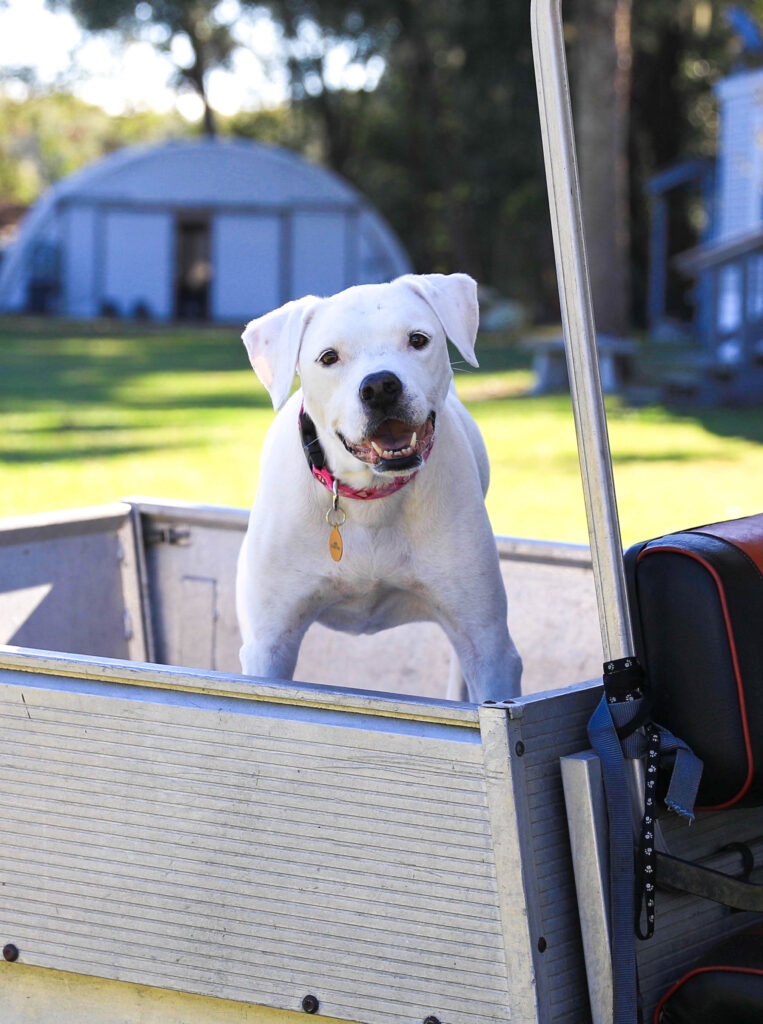 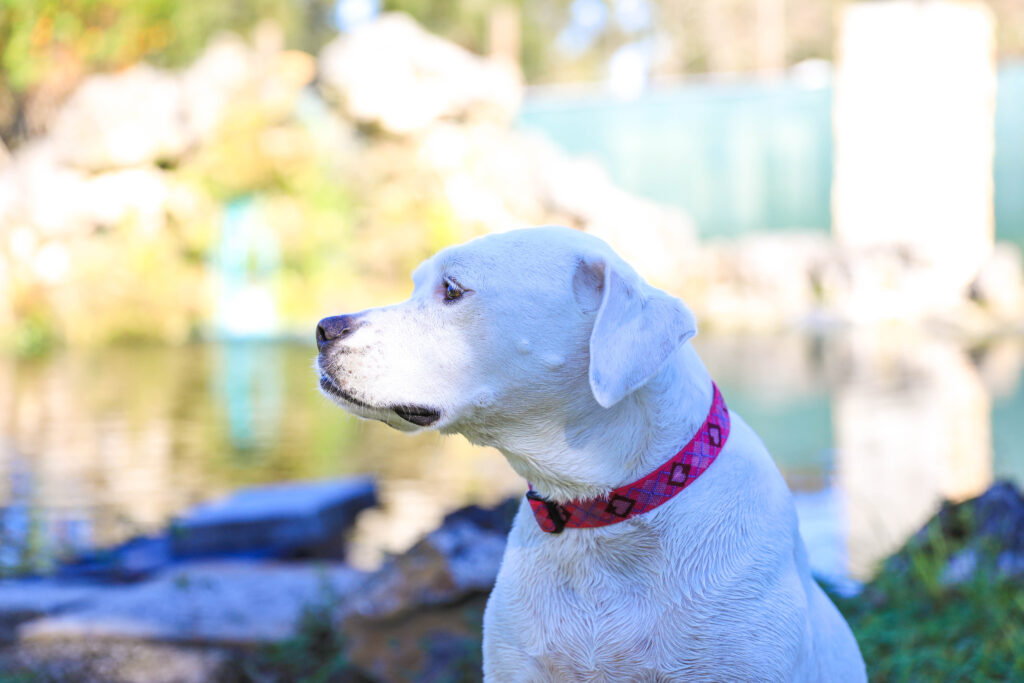 Molly, a white mixed-breed canine who survived life-threatening wounds to become the ambassador for Marion County’s animal abuse registry, will be smiling down at passersby from bright red area billboards through the end of the month.

Molly was stabbed three times in the head and had her skull fractured with a baseball bat in early 2014. Her accused attacker, Steven Scott Fleming, served time in state prison on three counts of felony cruelty to animals.

Molly now has a forever home with the Society for the Prevention of Cruelty to Animals of Ocala (SPCA) of Ocala.

The Marion County Board of County Commissioners on Tuesday issued a proclamation declaring January as Marion County Animal Abuser Registry Awareness Month. The billboards highlight Molly and the designation.

The proclamation was accepted by Lilly Baron, president of the SPCA of Ocala. Baron announced during the presentation that a documentary is being filmed locally to highlight the registry and is designed so other communities can develop a similar program.

The local registry, commonly known as Molly’s Law, requires that any offender convicted of an animal abuse crime be placed on the registry. The online database allows citizens, pet sellers and rescue organizations to verify that they are not placing an animal with an animal abuser, according to the county’s website.

“I would like to thank everyone that was involved in the making of our animal abuser registry,” Baron said at the meeting. “We are going on our fifth year of protecting animals lives from their abusers. The commissioners heard the voices of our residents for the voiceless. They listened and they took action.”

Baron said the documentary will feature local officials and agency leaders, and Peggy Hoyt, an attorney and animal activist whose father, John A. Hoyt, was formerly CEO of The Humane Society of the United States.

“Right now, one of their initiatives is to end the retail sale of pets across Florida,” Hoyt wrote of her endeavors.

She also supports a nationwide registry of animal abusers.

“Evidence supports that domestic violence and other forms of violence, including murder, often starts with the abuse of animals,” she wrote. “A registry of this type could provide early identification of abusers and perhaps put a stop to their abusive behavior, protecting both pets, children and spouses or domestic partners.”

Baron said work is continuing on the documentary, with a local film crew. There is not currently a release date.

Hoyt said she hopes the documentary will spur along the push for a nationwide registry.

“It will highlight one dog’s incredible journey and the beginning of a grassroots movement across the United States,” she stated. “Molly is currently an ambassador for Marion County, Florida and their implementation of the law, but can stand as a symbol for abused animals throughout Florida and the nation.”

The county’s animal abuser registry is accessible at www.marioncountyfl.org/aar

According to the Marion County government website, animal control officers respond to more than 10,000 calls a year and are on-call for emergencies 24 hours a day. They rescue injured, sick or stray domestic animals and investigate aggressive attacks, as well as animal cruelties that can range from one-animal cases to large-scale incidents involving hundreds of animals.

To report an animal-related concern or complaint:

Within unincorporated areas of Marion County or within the city of Ocala, call Marion County Animal Control at (352) 671-8727. For emergencies after-hours or on weekends, contact the Marion County Sheriff’s Office at (352) 732-9111.

Marion County Animal Control provides assistance to incorporated cities upon request, but residents should contact the municipality in which the animal-related situation is taking place. If you are unsure if you are within a city’s limits, call animal control.