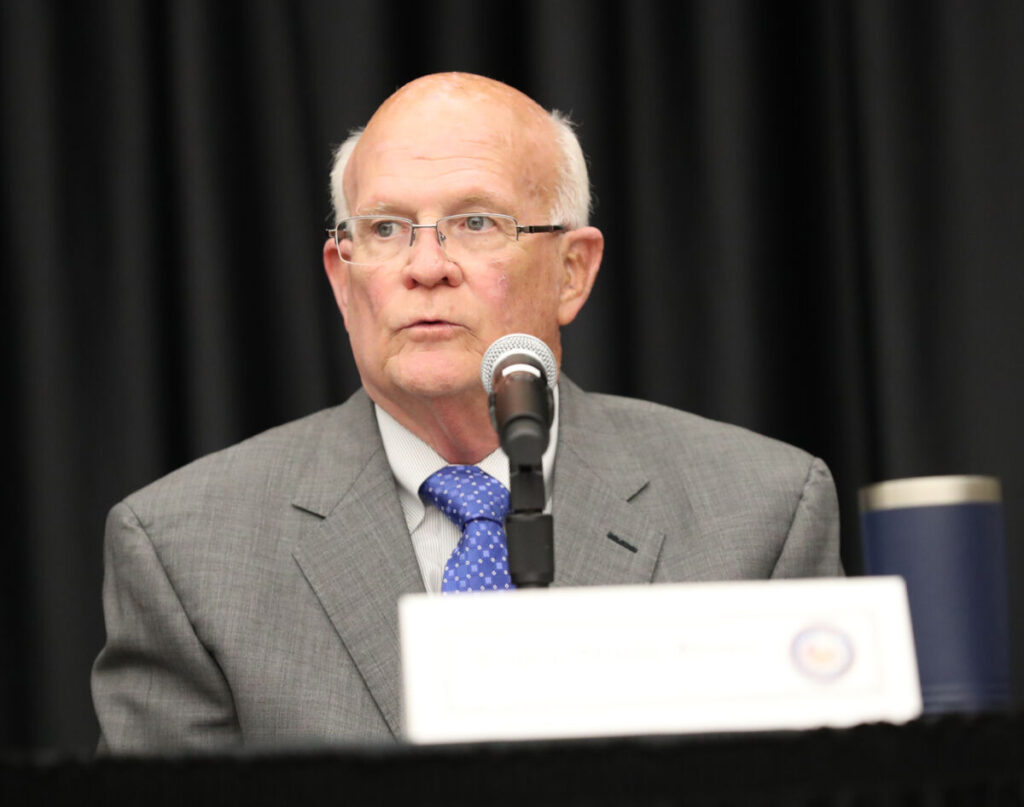 Sen. Dennis Baxley speaks during the Marion County Delegation at the Klein Conference Center at the College of Central Florida in Ocala, Fla. on Thursday, Oct. 7, 2021. [Bruce Ackerman/Ocala Gazette] 2021.

Florida lawmakers began moving forward Tuesday with a controversial proposal that would expand the ability of doctors and other health-care providers to refuse to provide services based on “conscience,” fueling a debate about issues such as religious beliefs and discrimination in medical care.

Supporters of the bill (HB 747) said it would protect medical professionals who object to providing services because of their faith or morals, while opponents contended it could open the door to discrimination and harm people such as LGBTQ patients.

“Please do not allow a health-care provider to be forced to choose between their profession and their faith,” bill sponsor John Snyder, R-Stuart, said before the Republican-controlled House Professions and Public Health Subcommittee voted 12-6 to approve the bill in a party-line vote.

Opponents said the bill is too broad and pointed to past discrimination in medical care against people such as African-Americans.

“I believe that this bill allows doctors to discriminate on the basis of conscience,” Rep. Michele Rayner, D-St. Petersburg. “And I don’t know any America that everyone else lives in, but the America that my parents fought for in the civil-rights movement does not give folks the right to do this. And this is a slippery slope that we are going down.”

But the bill would expand that in a series of ways, including saying that providers would have the right to not participate in “any specific health care service” that violates their conscience. That right also would apply to health insurers that pay for services.

In addition, the bill would make providers and insurers immune from civil or criminal liability for decisions based on conscience and bolster their ability to file lawsuits if they face “adverse action,” such as facing discipline from employers for declining to provide services.

Major medical groups did not testify, though some individual doctors spoke. Sen. Dennis Baxley, R-Ocala, has filed a similar bill (SB 1820), which has not been heard in committees as the 60-day legislative session is in its third week.

Rep. Alex Andrade, R-Pensacola, described some arguments by opponents as a “parade of horribles” that are “not based on reality.”

“Physicians are not robots, they are not machines. They are men and women who took an oath to provide care to all persons to the best of their abilities. And I believe what you are trying to do with this bill honors that, it honors the oath that these physicians have taken,” Rep. Sam Garrison, R-Fleming Island, told Snyder.

But Rep. Carlos Guillermo Smith, D-Orlando, said the bill, for example, could lead to transgender people being denied services because “the health care provider has a moral or ethical objection to their existence and they don’t want to participate.”