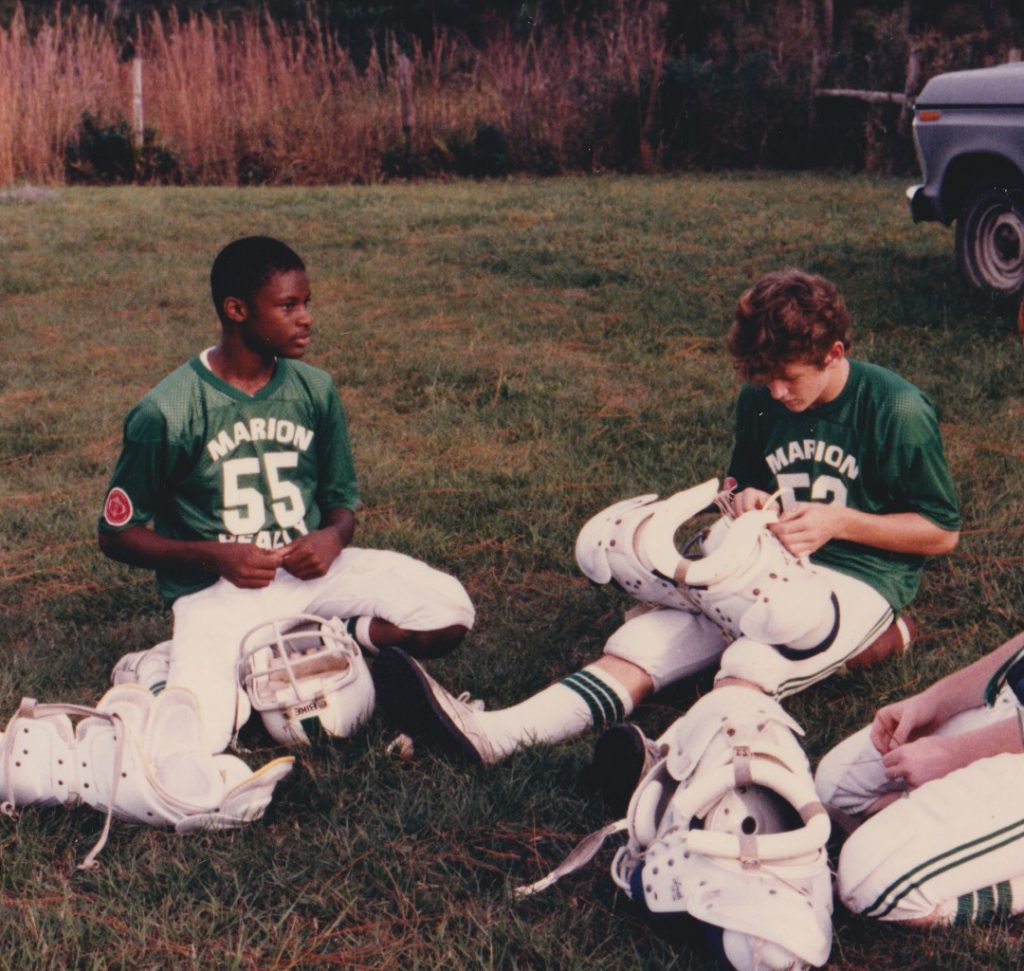 When the Marion County Youth Football League kick offs its 2020 season on Saturday, it will mark the 50th anniversary for the league that has seen tens of thousands of local youngsters play and cheer on its fields over the years.

The league will begin its second half century amid a global pandemic, but regardless, league President Vince Arnold said that more than 1,000 children are signed up this year to play football and to cheer.

Arnold, who has been involved with MCYFL since 1998, beams with pride as he talks about the kids, coaches and mission of this hometown organization.

“It is a service we provide to the community,” he said. “And it’s fair and right and it’s good.

“We’re not perfect, but what we accomplish for the community and those kids, that’s what makes MCYFL what it is.”

What it is is a well-oiled civic enterprise that has changed lives – of players, coaches and families – over the decades. In addition to the 1,000-plus young people who participate on fall afternoons at the league’s Jervey Gantt Park home, there are 150 coaches and untold volunteers who make MCYFL run. 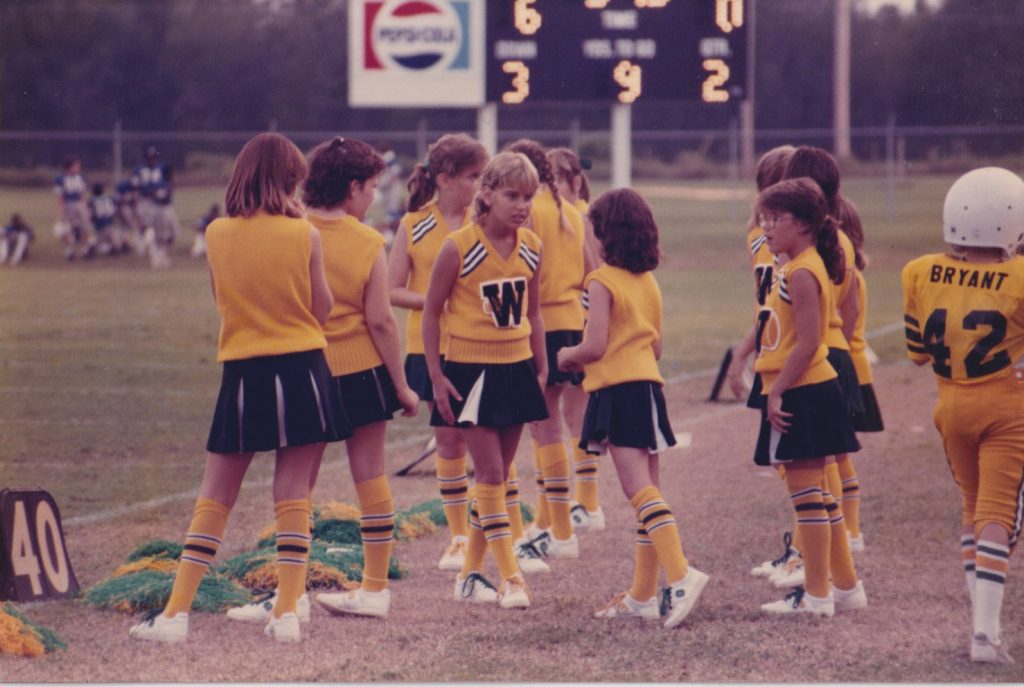 “Wins and losses to me is not the mission,” Arnold said. “The mission is to get these boys out here. Every single coach in this league has touched lives.

MCYFL is now on the third generation of some families, and Arnold said nothing inspires him more than to watch a former player come back and coach the next generation of players.

“That to me is our Super Bowl,” he said.

One of those who came back – and keeps coming back – is Greg Paquin. Paquin played in the league in its first year in 1970. After taking a break to play high school ball at Forest — where he was part of a state championship team – he returned to MCYFL in 1975 as a coach and has been part of the league ever since. He is vice president of the board this year, in addition to being a coach.

MCYFL was founded in 1970 after Brent Hall came to Ocala as the head football coach of Forest High. At the same time, John Brantley Jr. moved his family, with his two sons, Scott and John III, to town from South Carolina, where the Brantley boys had played youth tackle football.

The elder Brantley went looking for a youth football league here, but there was none. So, he went to the local high school, where he met Hall. Hall said he was interested in starting a youth league to serve as a feeder program to Forest. Brantley found some local businessmen to join him, and the Marion County Independent Football League was born. 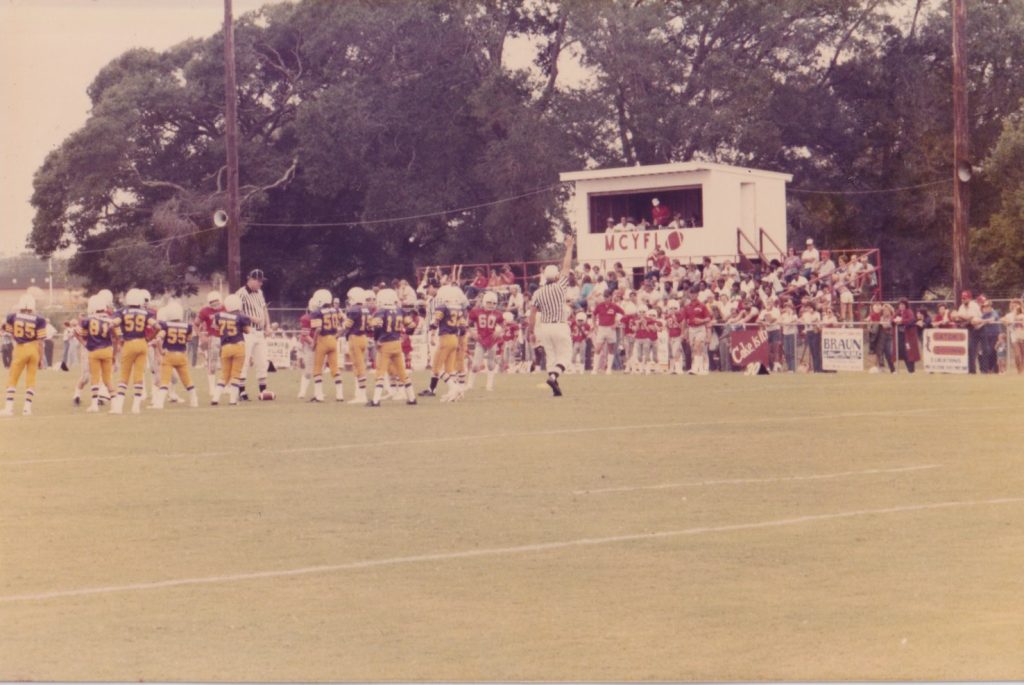 That first group of MCYFL players – which included the Brantleys, who would go onto stardom at the University of Florida – went on to win two state championships under Hall at Forest.

Arnold, Paquin and Brantley all agree that the impact of MCYFL on the kids and the community over the years is palpable and real.

“Football is the ultimate microcosm of life,” Paquin said. “You get out of it what you put into it. … Just watching these kids accomplish something they didn’t think they could do is what makes it so rewarding.”

And, he added, “Coaches learn a lot from the kids, too.”

Brantley, who was among that first group of MCYFL players when it started with five teams, exudes pride when talking about how far the league has come and the impact it has had on the community.

“Between the players and the cheerleaders, you can’t hardly talk to a family in Marion County that hasn’t been affected by MCYFL,” he said. “It’s affected a lot of young men and women.” 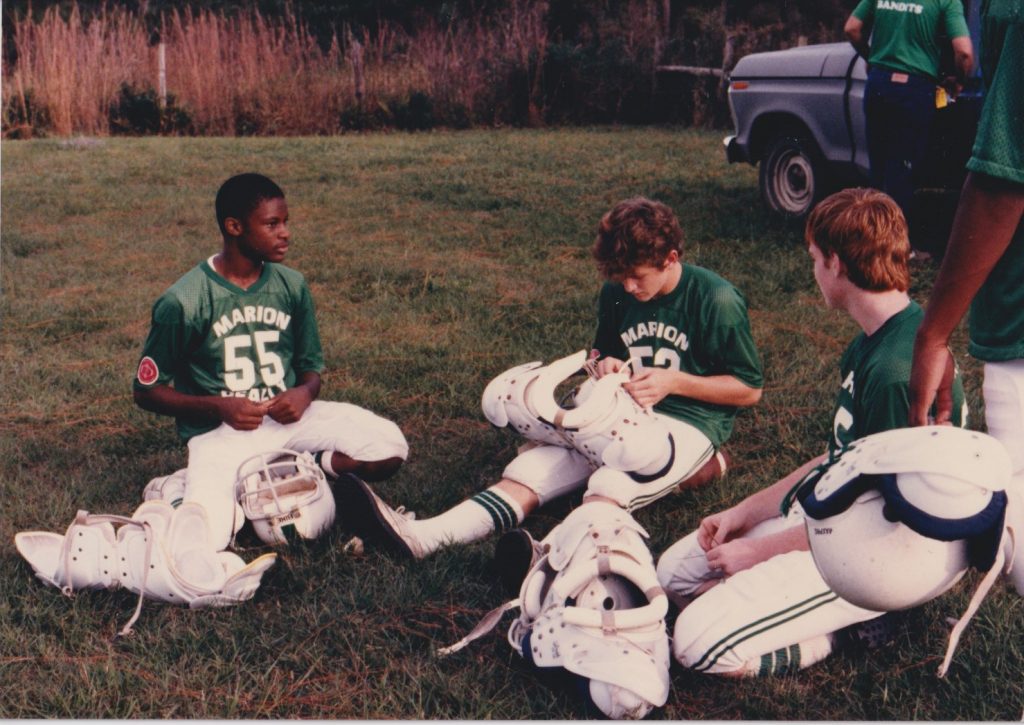 Paquin said after 40 years as head coach of the Falcons, he is reminded of the league’s impact on a regular basis by former players.

“It has absolutely changed lives,” he said. “The proof is the kids coming up and telling me years later how it changed them. How much it meant to their lives.”

And what it has meant to local high school programs is immeasurable, Brantley said. In fact, Brantley, who won state championships as a player Forest, then as an assistant coach and head coach – both a Trinity – said MCYFL is what got him into coaching.

MCYFL now is now established as the only youth football league that is Marion County exclusive, meaning none of its teams play out of town. Moreover, the MCYFL complex at Jervey Gantt, first built in 1980, has been erected without government support.

“That’s the thing about MCYFL I’m maybe most proud of – that it gets no government funding. We survive on donations and fund raisers,” Paquin said.

But for all the lives it has touched – players, cheerleaders and coaches – Brantley said the success is evident in the size, scope and endurance of MCYFL.

“After 50 years, it’s the largest independent football league in the Southeast, if not the country,” he said.

“MCYFL started a lot of careers for a lot of players and coaches.”