Marion ranks low on well-being of its children 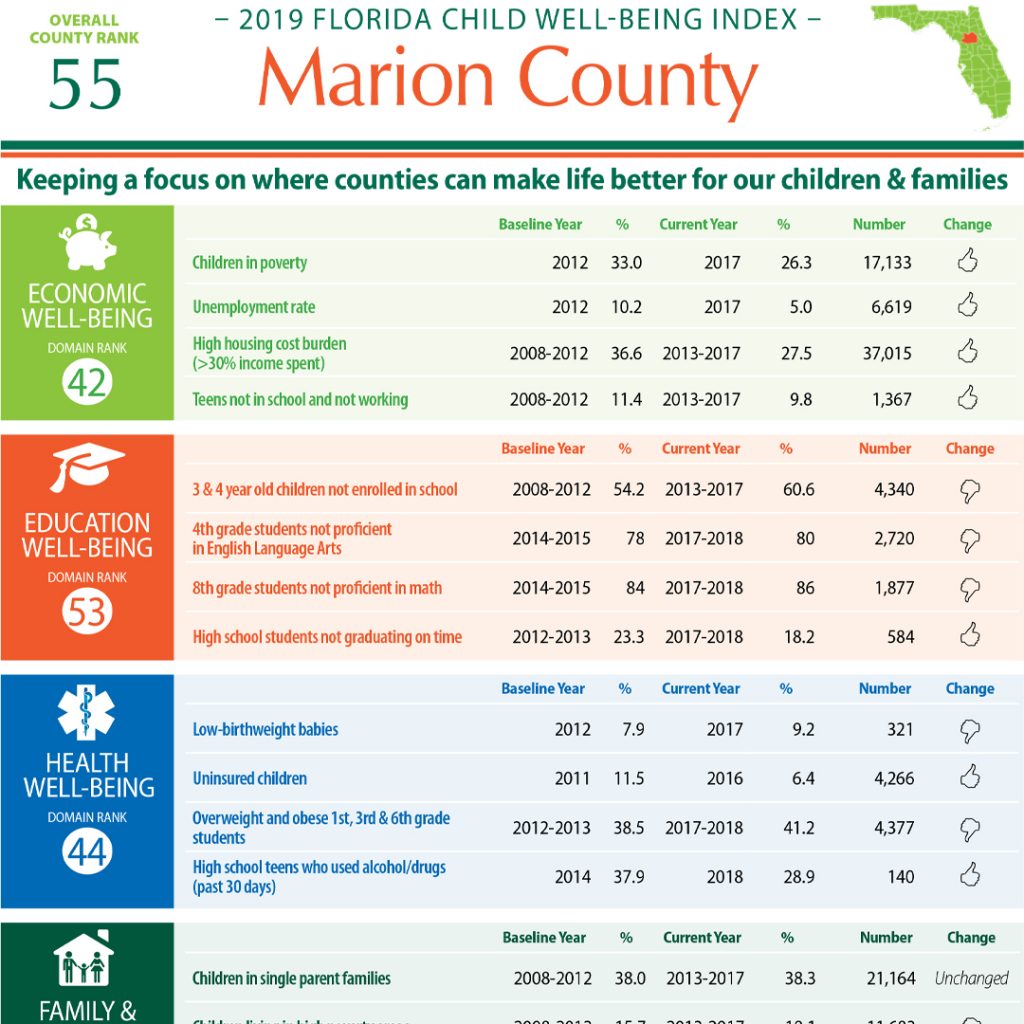 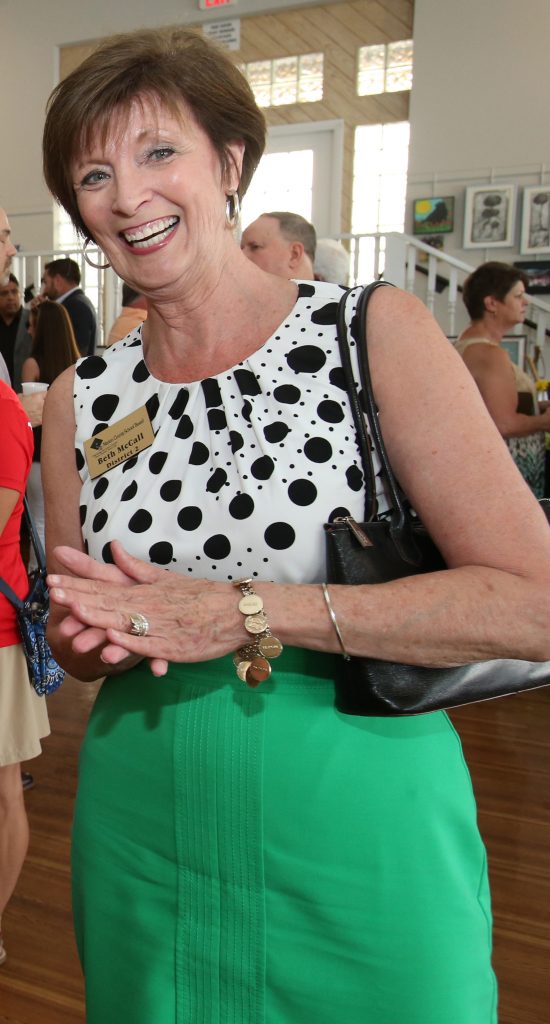 Beth McCall of the Marion County School Board.

A new national survey shows that Marion County is seeing fewer children living in poverty, more youngsters graduating high school on time and more children with health care coverage. At the same time, it shows that academic proficiency among fourth- and eighth-graders is down, there are more overweight kids in our community and low-birthweight babies are on the rise.

These are some of the findings from the latest Florida Kids Count, part of a national assessment of the state of children conducted biennially by the Annie E. Casey Foundation.

The Kids Count, which examines the economic, educational, health and family/community well-being of children, ranked Marion County 55th among Florida’s 67 counties. The Kids Count used 2012 as a baseline and compared that with 2018 figures to reach its conclusions.

While some areas saw improvement in the condition of our children, overall, the county remains relatively low in comparison to other communities.

“We have not moved the needle,” said Beth McCall, executive director of the Marion County Children’s Alliance and a member of the School Board. “We need to find out why.”

Here is a summary of how Marion County fared: 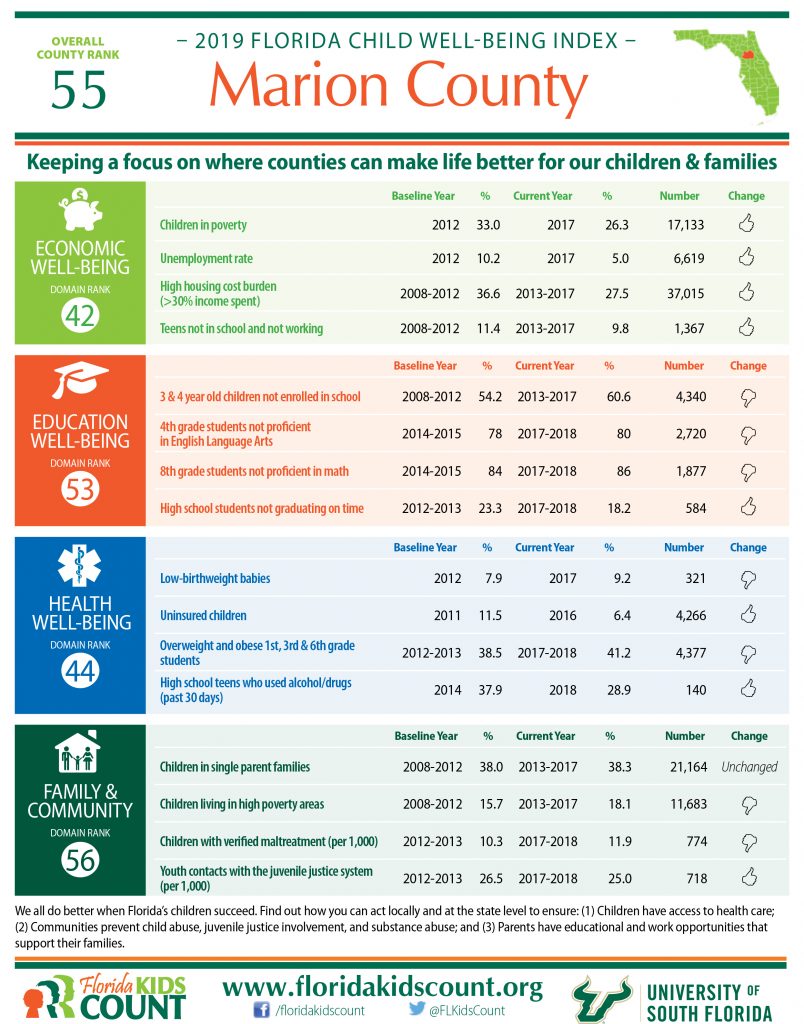 Other findings of the Florida Kids Count assessment of Marion County include: 56 percent of births in Marion County were to unwed mothers; 67 percent of the county’s children are on Medicaid; immunization levels are at 94 percent; and births to mothers under 20 accounted for 7.7 percent of all births, compared with 4.8 percent statewide.

McCall believes people are not aware of how many children in Marion County are not doing well by one measure or another. She said that a community awareness campaign is needed.

“What are our next steps?” she asked. “I don’t know what the answers are, but we need to analyze the data and map out a plan.”