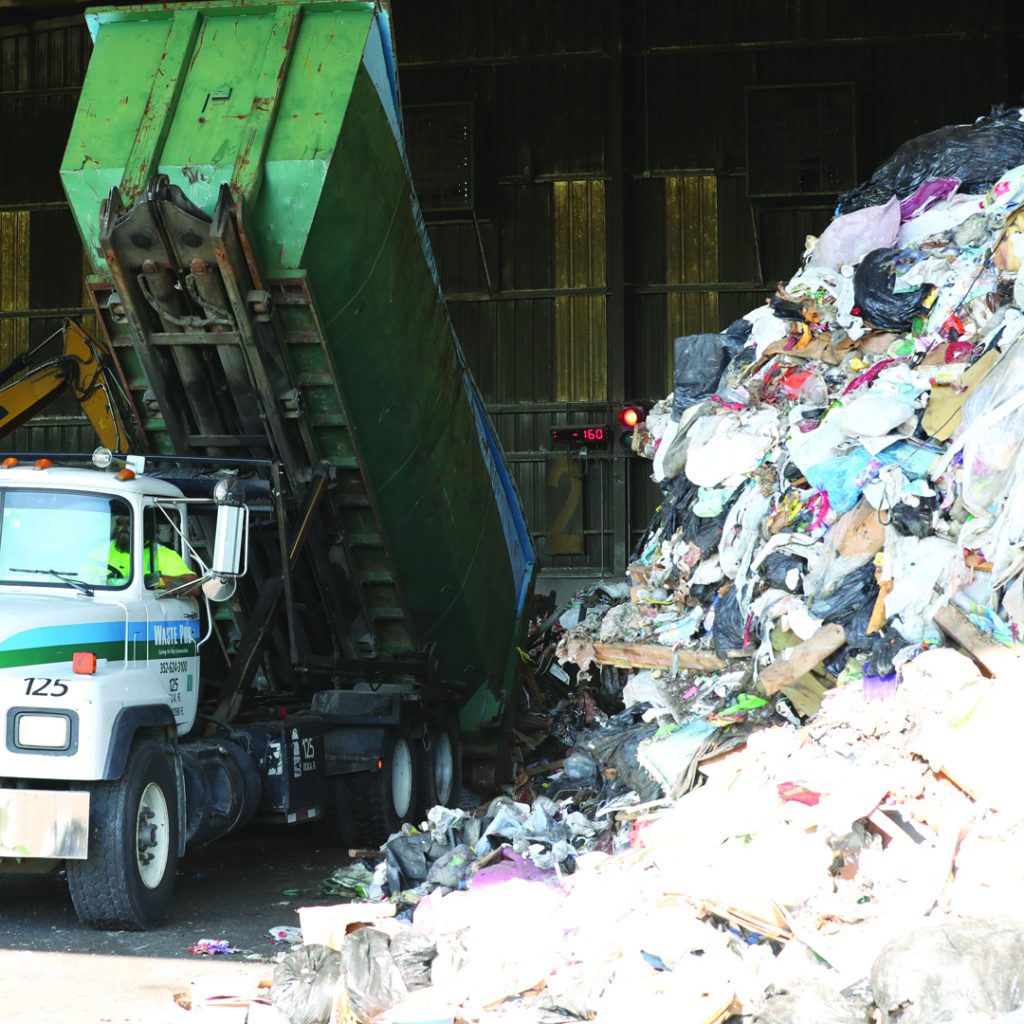 4In 2011 the Marion County Commission got a garbage deal – but one of a of lifetime. 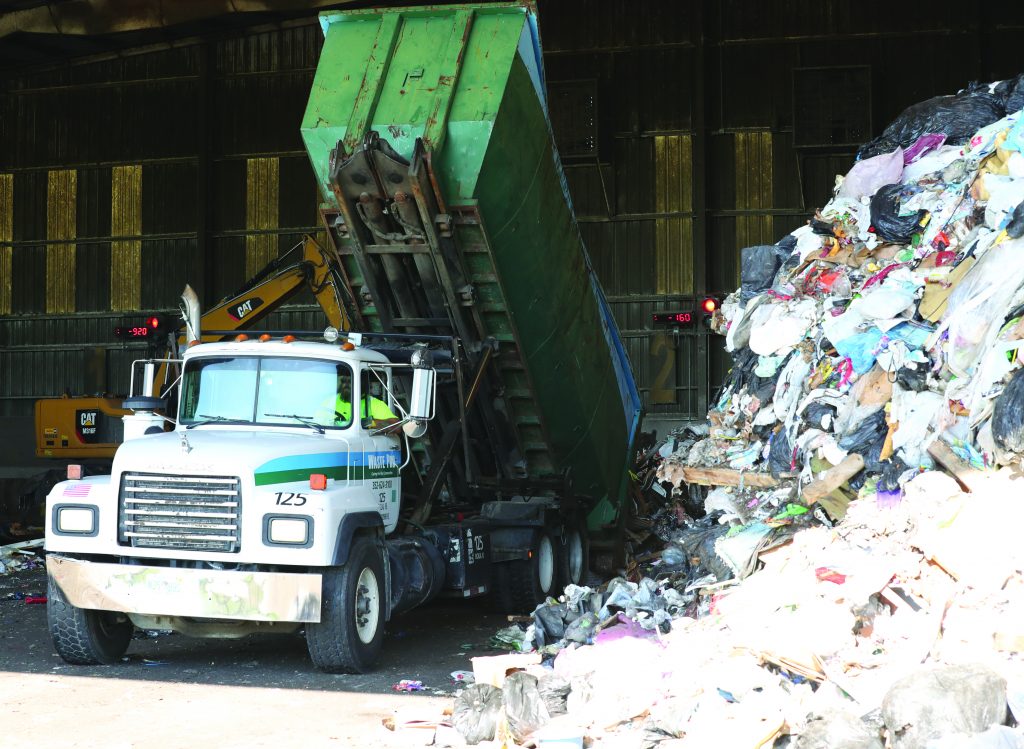 A Waste Pro worker dumps a load of garbage in the transfer station at the Marion County Landfill and Transfer Station on Southeast Baseline Road in Ocala, Fla.

Faced with a growing population, a tight budget, a rapidly filling landfill, and no appetite from any quarter of the community to accept a new dump, the board cut a deal with a Sumter County firm that let Marion County in on the ground floor of a new landfill.

Commissioners inked a contract to deposit up to 2.5 million tons of garbage over 30 years for the unheard-of price of $8 a ton. That equated to $20 million total. Marion County could dump until it maxed out the trash or the contract expired.

But trash is piling up faster than anticipated.

An unexpected increase in the amount of commercial waste – or trash generated by businesses – is eating into the arrangement, county officials said.

Commissioners will meet on Sept. 1 to consider an extension to the original pact, which is now with a company called Heart of Florida Environmental.

Back in 2011 Marion County’s price could not be beat.

At the time the average tipping fee – the per-ton price someone pays to dump garbage – across the country was up to $45 a ton, and rising.

Even today, Heart of Florida charges its other customers $47 a ton.

In reality, Marion County pays about $22 a ton to ship its garbage to the Lake Panasoffkee disposal site. For each ton, that includes the $8 tipping fee, a $2 local tax levied by Sumter County and $12 in transportation costs.

Still, it’s a bargain, both fiscally and for relieving the political headache of possibly expanding Baseline Landfill or siting a new one in Marion County.

But, according to data from county Environmental Services Director Jody Kirkman, success comes with its own drawback.

Marion County is using up its allotted “air space,” meaning the amount of empty room in the dump, faster than anticipated.

At the time of the original agreement, Marion County was handling about 130,000 tons of garbage a year at Baseline Landfill.

Kirkman provided the County Commission a report in April that showed the county had already shipped more than 71,000 tons of garbage to the facility since the project went full bore last year.

During all of fiscal year 2020, which expires on Sept. 30, Kirkman’s department projects just shy of 140,000 tons will be trucked south.

Kirkman’s report anticipates a continued 2.5 percent annual increase in volume. If that holds, the county would be out of air space by 2034 — seven years ahead of the expiration of the contract.

It’s unclear where the increase in commercial waste is coming from. But simple economics plays a role. 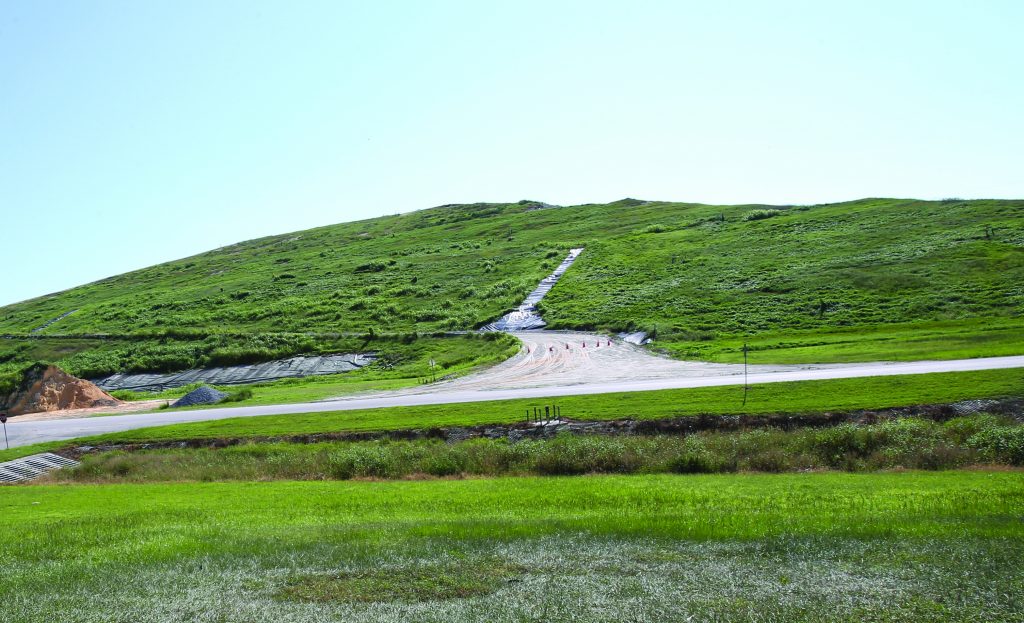 The landfill, which is 260 feet tall, is shown at the Marion County Landfill and Transfer Station on Southeast Baseline Road in Ocala.

Commissioner Carl Zalak, who was on the board when the deal was reached, said the board is striving to reach a balance between the volume of residential and commercial waste.

Zalak noted the commission’s long-standing goal has been to preserve a 20- to 30-year cushion from the original pact for garbage generated by county residents.

“It will allow us to move that garbage down there without impacting what we want long term for the residential assessment,” Zalak said of a revised solid waste contract.

He was referring to the $87 annual fee residents of Marion County pay along with their property taxes to cover solid waste service.

Zalak said it was important for the county to handle the growing amount of commercial waste so as to not renege on a commitment to residential customers, who otherwise could end up subsidizing businesses for their waste.

On Sept. 1, Kirkman will present a pair of options, both spanning seven additional years, for the commission’s consideration.

“We’re trying to preserve the capacity that we have in the Heart of Florida (landfill) for our residents,” Kirkman said.

Commissioners also will discuss whether to raise the tipping fee to offset the growth in commercial waste.

“In our minds it’s to cover the additional commercial that we’re seeing, and to gain some life in the original purchase,” Kirkman said.

Kirkman added that the $87 assessment is indirectly related to the discussion.

“Right now, moving into next year, it still supports our needs,” he said. “Our goal for residential is to hold that as true as we can.”

The County Commission’s discussion does not affect residents within the city of Ocala.