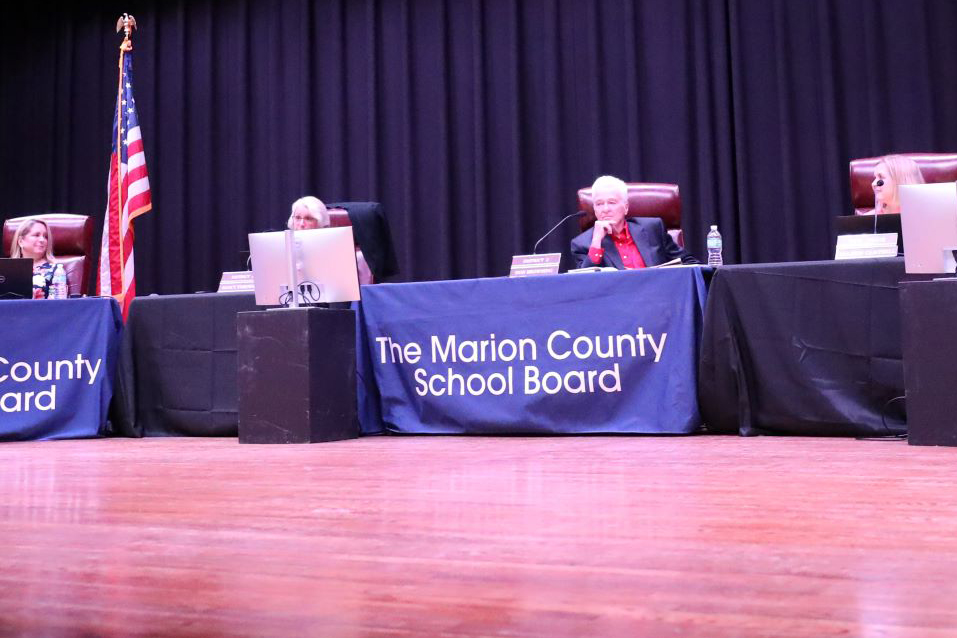 As the first quarter of the school year draws to a close, Marion County school officials are reviewing steps each school intends to take to improve the services delivered to its students.

Earlier this year, Marion County Public Schools received an overall score of C from the Florida Department of Education, falling one point shy of a B grade. The district’s grade is largely derived from the performance of the district’s schools, and members of the Marion County School Board on Oct. 11 reviewed the schools’ required annual school improvement plans.

The plans focus on implementing long-range objectives with specific targets to increase academic achievement. Each plan is developed based on individual school needs and is approved by the school’s School Advisory Council, composed of the principal, teachers, educational support staff, parents and community members.

This year, 49 Marion schools received grades from the DOE. Three schools–Eighth Street Elementary, Madison Street Academy of Visual and Performing Arts and Dr. N.H. Jones Elementary—received A grades. Ten others received a B grade, while 32 were graded at a C level. Lake Weir Middle and East Marion Elementary received a D grade, and McIntosh Area School was the only district school with an F. Forest High received an incomplete grade.

Among the improvement plans reviewed, East Marion Elementary detailed significant changes to its administrative staff as Sarah Dobbs took over as the principal on July 12. The school brought in a new dean, Kristen Miller, and added a second assistant principal, Scott Wheeler. The school also added a content area specialist, Kimberly Mobley.

The SIP for East Marion noted that the school remains understaffed after starting the 2022-23 school year with 17 fewer teacher positions despite enrolling 17 more students.

Lake Weir Middle School is the only school in Marion whose SIP has not yet been finalized. The school has a new principal, Josh Jacobs, and two new assistant principals: Constance Carpenter, whose area is curriculum, and James Rowe, who focuses on discipline, according to the school’s website.

Once the SIP plans are approved, they will be available on each school’s website.

School Board member Don Browning raised concerns about the improvement process, saying the SIPs need to be revisited and that there are fundamental problems with the baselines set for the schools.

“I was staggered when I saw it as a board member,’’ he said. “The starting baseline point on any of these items on this five-year plan or the goals are below what I would consider failure. Not that we’re not trying, striving for 100%, but if we’re no higher than say 57, 56, 60 or 63% achievement, I have a real problem with the plan itself getting traction without a complete rework of the baseline.”

Browning continued, “The numbers are so low … if we have a baseline of say 43% success and we’re trying to get to 60%, that would mean a complete failure of any operation. If it was in the military, you’d be in somebody’s prison camp. We have to dig back into it, and we’ve got to look at the reasons why were failing.”

School board Vice Chair Allison Campbell defended the SIPs, saying, “Without elaborating too much on some of that commentary, I need to express a couple of things. First of all, the definition of the word ‘baseline’ is a starting point used for comparison. We’re not changing the baseline because the baseline is what it is.”

She added, “We understand that our benchmark is something much higher in a level we’re wanting to achieve, but our baseline is what it is. The fact that our baseline is not where we want it to be is obvious, thus why we have a five-year strategic plan. I also want to stress that the five-year strategic plan that we are getting updates on was approved by this school board on Nov. 9, 2021.”

Campbell noted that all five members were present and voted in favor of the plans during that November meeting.