Marion County prepares for the next step in vaccine distribution 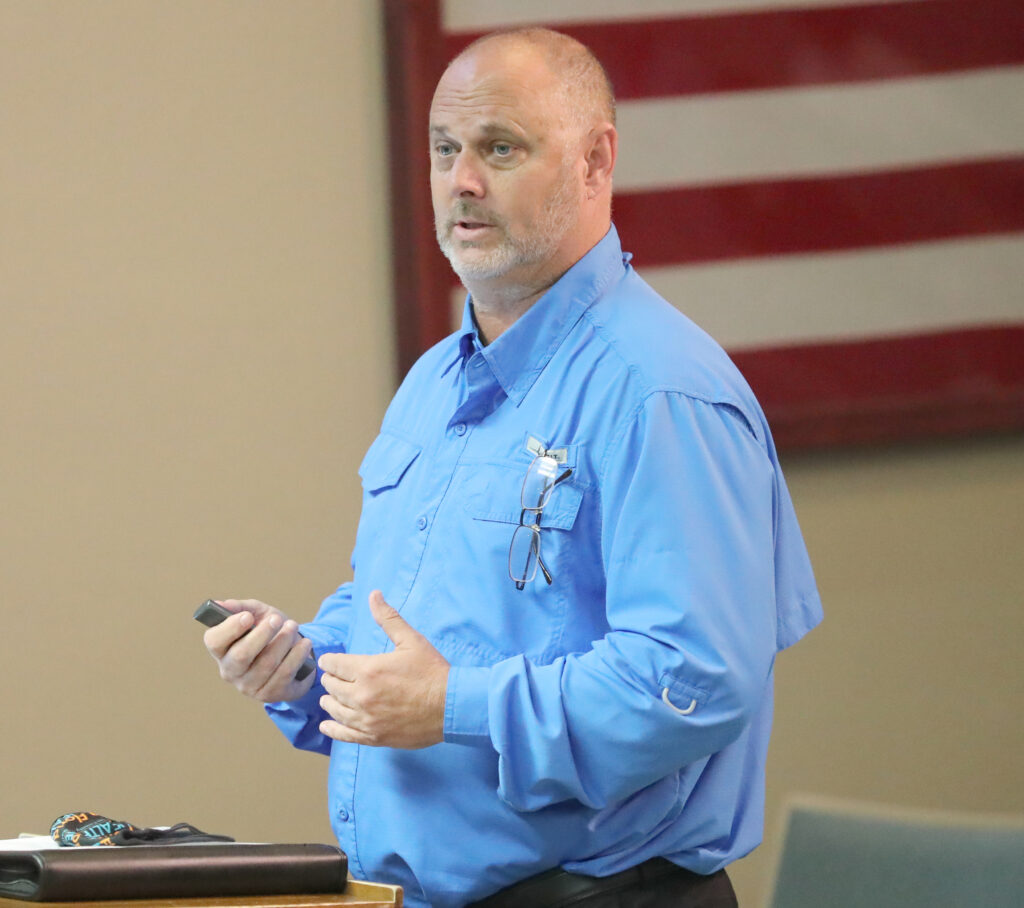 Mark Lander, the Marion Administrator of the Florida Department of Health Marion County, speaks about COVID-19 as the Marion County Commission meets in the McPherson Governmental Complex in Ocala, Fla. on Tuesday, Oct. 6, 2020. [Bruce Ackerman/Ocala Gazette] 2020.

It could take until March to vaccinate the 50,000 Marion County residents 65 and older already registered for a COVID-19 vaccination.

But now that the Department of Health in Marion County shut down the registration, some wonder what comes next.

The DOH suspended registration on Monday after they reached the 50,000 mark. That’s about 50% of the senior population in Marion County. As of Tuesday, more than 3,000 residents have received their first shot, said Mark Lander, DOH in Marion County administrator.

Lander gave the latest figures during his regular update to the Marion County Commission.

The goal is to reach 1,000 vaccinations per day, but at some point, the second dose would factor in, Lander said.

To get to that point, Lander said that the local DOH is trying to work with AdventHealth Ocala to establish a support site at the Paddock Mall. The plan would use vacant storefronts for registration, vaccinations and observation. Lander said the move could happen as early as next Monday.

“Even if the Advent piece doesn’t move, we’re talking about going to that mall location because it’s better suited,” he said.

Lander also mentioned that the Department of Health in Marion County would also be partnering with AdventHealth, Marion County Emergency Management and Ocala Fire Rescue for a large, one-day vaccination event for the medical community on Sunday. Lander said that they had 900 providers register for their first shot.

“That’s going to be a big boost for them,” Lander said. “Once they’ve been vaccinated, they have that level of safety to continue practicing on and being assistant vaccinators for us as well.”

They are also working with other organizations, including the Heart of Florida Health Center and private companies including eight Publix locations in Marion County to push out vaccines by appointment.

By using an appointment-only program, Lander said that the county has avoided the scenes of senior citizens in long lines or camping out overnight that have been seen in other parts of the country.

“We knew we wanted this to be a very coordinated structure alignment with appointments,” Lander said. “I think you’re all seeing what’s happening across the state. There’s a lot of, we’re hearing a lot of feedback, long lines, people waiting in lines, not getting vaccine. That’s why we’ve opted for a registration system and to schedule appointments.”