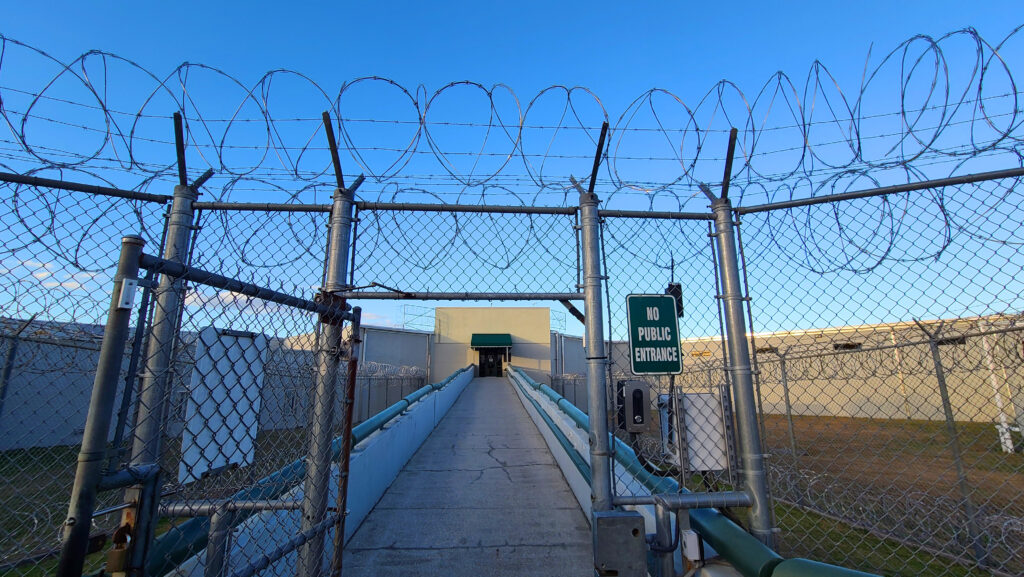 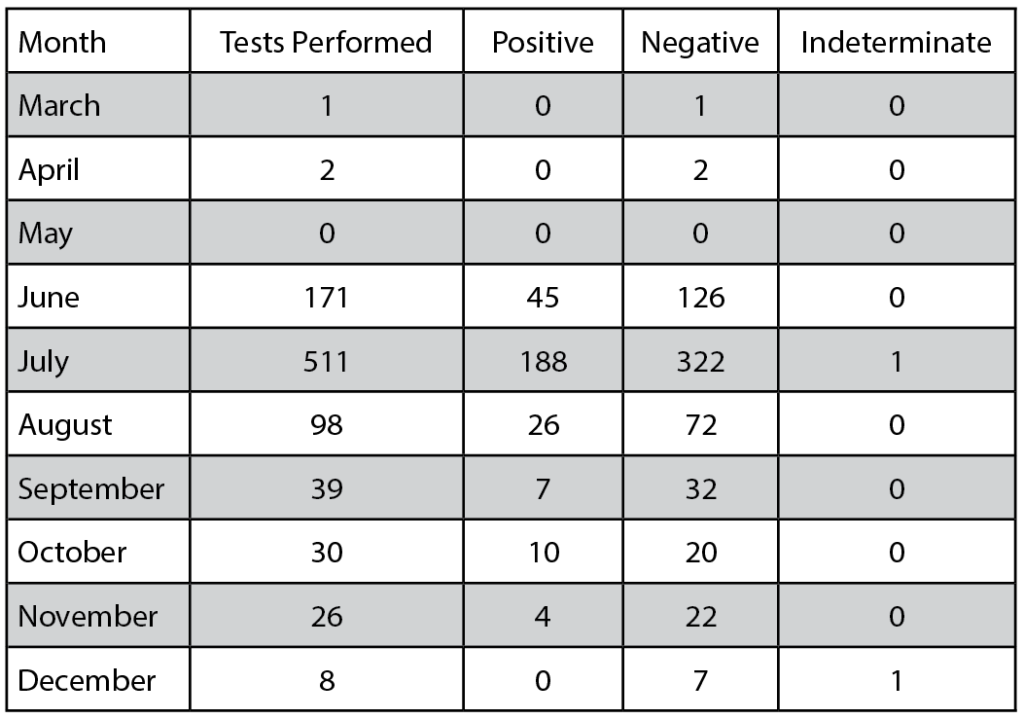 The Marion County Jail has no active cases of COVID-19, even as cases continue to increase on the outside.

Those protocols do not include broad-based COVID-19 testing of most inmates inside the facility. The CDC suggests that strategy for communities with “moderate to substantial levels of community transmission,” but it leaves the final decision to local and state health officials.

Florida doesn’t require broad-based testing at detention or correctional facilities, according to the Florida Department of Health.

The Florida Department of Corrections has used broad-based testing but those were at prisons with outbreaks. It offers tests to all inmates and staff at those facilities. Inmates and staff can refuse.

It was not clear if the FDC routinely administers tests to those not showing symptoms. The department did not immediately respond to specific questions about testing.

But while other facilities in the state continue to report positive tests, including several inmates at Zephyrhills Correctional Institution recently, the Marion County Jail remains free of COVID-19 through most of December.

In late July, however, things looked bleaker. Back then, the Sheriff’s Office reported 209 positive tests at the jail. July marked the single largest month for positive tests with 188, according to jail records.

Then things changed. Over the next five months, the jail averaged just more than 14 positive tests per month.

“Every inmate is screened for COVID-19 symptom,” Bloom said. “Our key mission is to catch it coming in. We have to be cautious at the entrance and make sure we are funneling these people to the right place.”

As part of the booking process, inmates have to answer a series of questions about their recent behavior and their contact with anyone possibly infected with COVID-19. Jail workers then take temperatures and note any other symptoms, including a cough.

Anyone with a temperature or other physical symptom is sent for testing and isolated. Those who test positive are kept isolated from others in the medical area. Those who report close contact with a suspected COVID-19 infected person are further evaluated, but may not go into isolation, Bloom said, adding the jail’s medical provider makes that call.

Ocala-based Heart of Florida Health Center took over the medical contract at the jail in April, just as the pandemic was starting to roil.

The jail’s outbreak over the summer turned deadly in August. A 71-year-old nurse at the jail died of COVID-19 causes. A few days earlier, an 86-year-old Ocala man died after contracting COVID-19 while at the jail.

Since then, however, no other deaths have been reported and cases dropped significantly.

The Marion County Jail is shown at the Marion County Sheriff’s Office complex on Dec. 28. The jail repots no COVID-19 case in December, even as cases in the county continue to increase. [Bruce Ackerman/Ocala Gazette]

Bloom gives most of the credit to the medical workers at the jail. But he said jail employees and inmates all do their part in keeping numbers low.

Inside, the jail is scrubbed clean on a regular basis.

“As far as cleaning and disinfection, it’s pretty much concrete walls, floors and ceilings so it’s pretty straightforward,” Bloom said.

Trustys – non-violent inmates who work for time off their sentences – do much of the cleaning, including frequent disinfecting of high-touch areas. Some areas at the jail are disinfected using foggers, he said.

Jail employees and everyone else entering the facility also are screened for symptoms. Other than employees, not many people enter the facility. Years ago, the jail limited visitation to video conference. Today, families can use a phone app to video chat with an inmate. First appearances after arrest also are held via video link with a judge. Attorneys also are using video conferencing more often to visit with clients, Bloom said.

The cases of COVID-19 remain low even as the jail population increases. Normally, the population hovers between 1,200-1,400 inmates. Most recently it was more than 1,600, Bloom said.

The jail population is up because Marion County is not holding trials. Still, he said they can house up to 1,924 inmates and have space for more if needed.

“The jail is a controlled environment. They aren’t going to Walmart or Aunt Susie’s. Your environment is very controlled. You’re kept away from anyone that is sick,” he said.