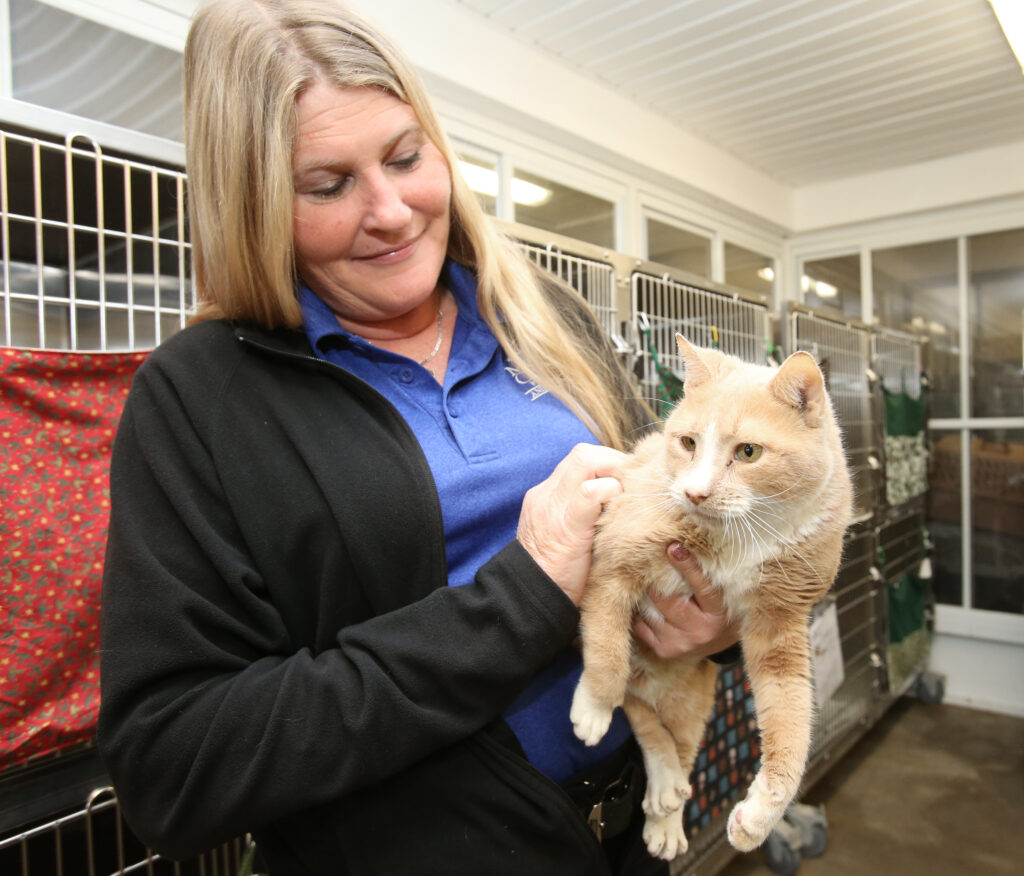 Stephanie Kash, the operations manager of Animal Services, spends some time with Humphrey, a 10-year-old cat that is up for adoption. [Bruce Ackerman/Ocala Gazette] 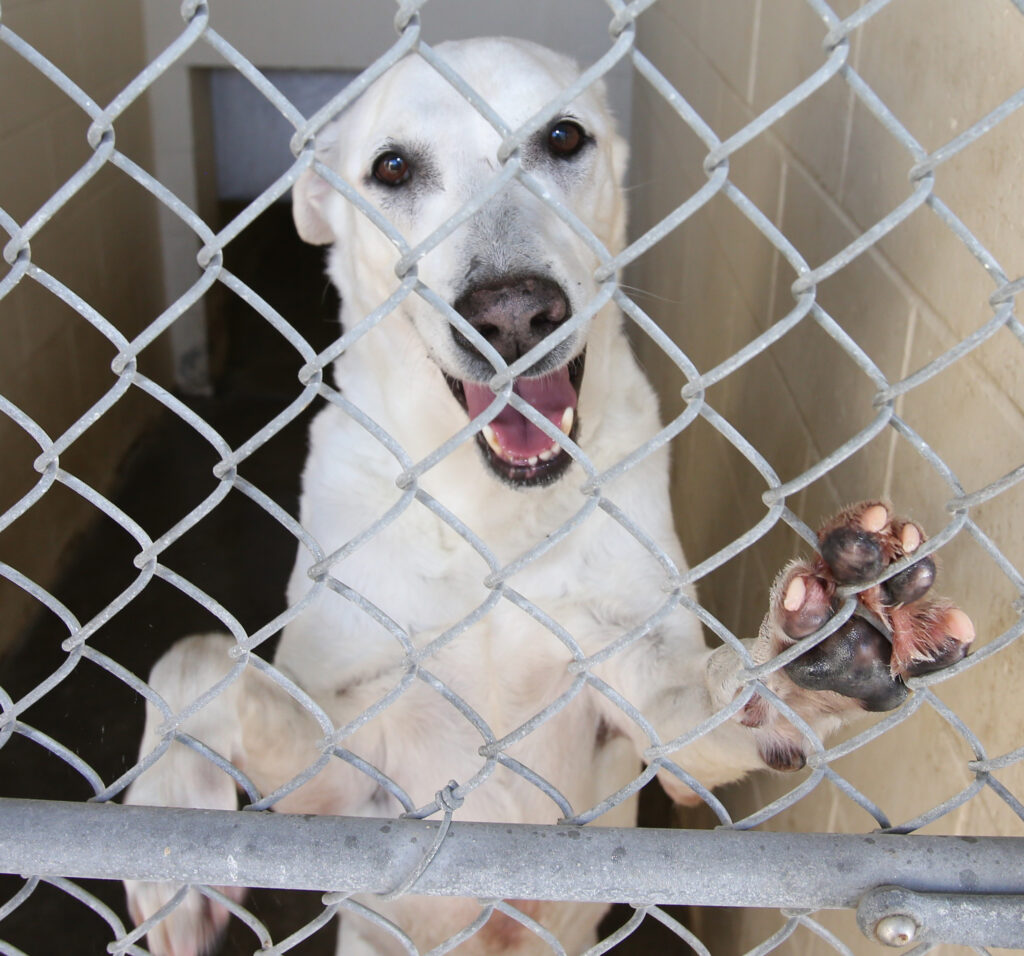 With its status as a no-kill shelter well established, Marion County Animal Services looks forward to a proposed $2.7 million renovation of its existing animal shelter.

The county will use funds from the recently approved penny sales tax to pay for the upgrades. In November, voters approved a renewal of the tax for another four years. The first round of the sales tax raised more than $200 million, which helped pay for numerous public safety and road projects.

The shelter remodel calls for a 2,000-square-foot surgical center, almost 3,500-square-feet of staff space, an update to the lobby, more kennels and sound dampening for the existing kennel area.

Building a new shelter would cost nearly $8.3 million. The renovations will take place between 2021 and 2023 and projects will move forward when funds are available.

Stephanie Kash, operations manager at the shelter, said the surgical center should provide the most impact to the community.

The surgical center will allow the shelter to do high-volume spaying and neutering of animals, which will help reduce the population by not allowing them to reproduce.

“That will be a feat for the department and the county,” Kash said.

But for the dogs at the shelter, the sound dampening will probably mean the most.

Right now, when one dog starts barking, they all start barking. The deafening roar envelops the kennel area making it hard to communicate even while shouting. 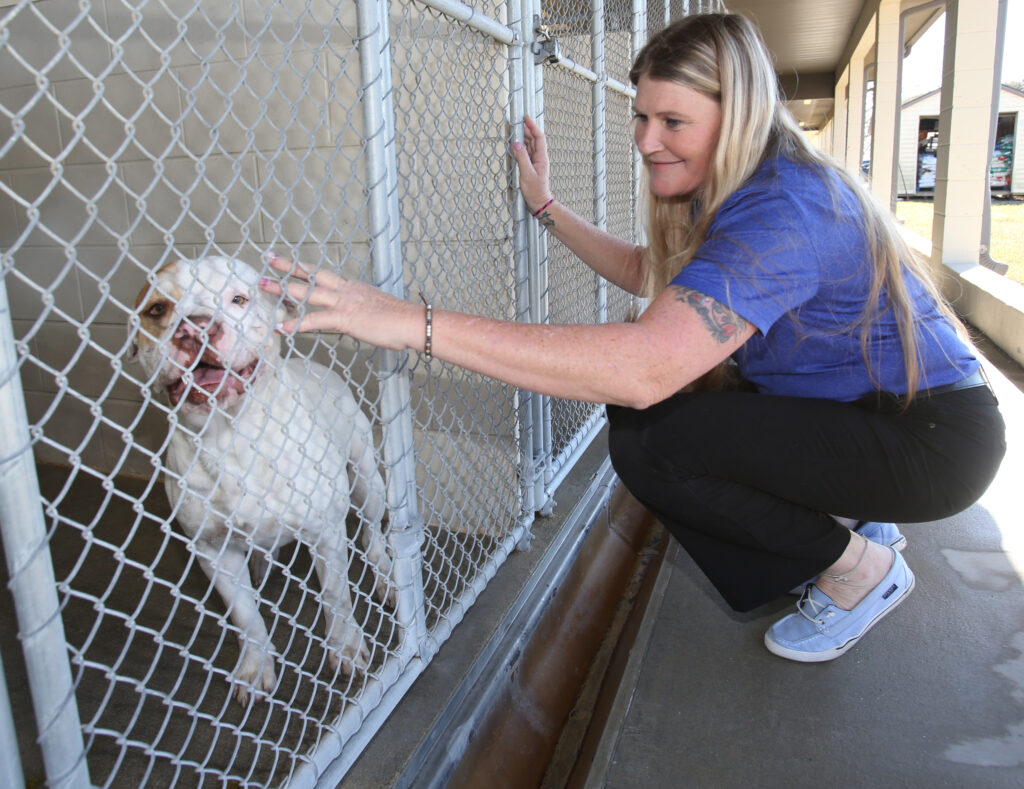 Stephanie Kash, the operations manager of Animal Services, spends some time with a dog that is up for adoption. [Bruce Ackerman/Ocala Gazette]

It’s not good for the dogs either.

“This is supposed to be a temporary environment. It creates anxiety,” said Stacie Causey, a Marion County spokeswoman.

For Aquarius, a mixed-breed dog, it has been more than a year since he arrived at the shelter. Aquarius entered the shelter in August 2019. He is high strung, but loving and playful.

But at least he still has a chance. There was a time when dogs like Aquarius would end up euthanized.

For decades, the county took in any animal surrendered by an owner. The county would hold them in the shelter for a time and if not adopted would put them to sleep.

In 2018, that all changed. The shelter started to move toward a no-kill status. To qualify as a no-kill shelter, the facility must live-release at least 90% of their animals, either to other rescues, foster homes or through adoptions. Euthanasia is reserved only for those animals too sick or injured or too dangerous to adopt.

Stephanie Kash, the operations manager of Animal Services, spends some time with Humphrey, a 10-year-old cat that is up for adoption. [Bruce Ackerman/Ocala Gazette]

Now, owners of animals are asked to take part in finding a new home for their pets. They also receive strategies to help overcome the issues causing them to give up the animal.

Some dogs like Anna, however, are part of cruelty cases. Those animals are taken from their owners.

“She’s beautiful. She’s hyper. She’s just like a puppy,” Waldron said. “I’d rather give a dog that’s been through something another chance.”