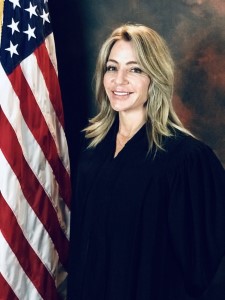 Marion County’s sizeable probate and guardianship dockets are no longer short a judge with the reassignment of Honorable Judge Kristie M. Healis from Hernando County.

Healis will over see the guardianship and probate dockets.

This reassignment brings Marion County’s total number of full-time judges back up to 11.

Marion County had been operating with 10 full-time judges and one part time judge who split time between another county in the Fifth Judicial Circuit for approximately four years.

A resident of Brooksville, Healis has served as a Hernando County Court Judge since January 2017. Before joining the court, she was in private practice for 11 years.

She holds a bachelor’s degree from Plymouth State University and earned her legal degree at the Rutgers School of Law.

Marion County Administrative Judge Robert W. Hodges told the “Gazette” that he expected the delays previously reported on the probate docket were resolved with the reassignment.

Hodges also indicated that Marion’s circuit judges pitched in on a rotating weekly basis to make sure the probate docket did not get backlogged while waiting for the state to appoint a judge following the retirement of Judge Sue Robbins in October of last year.