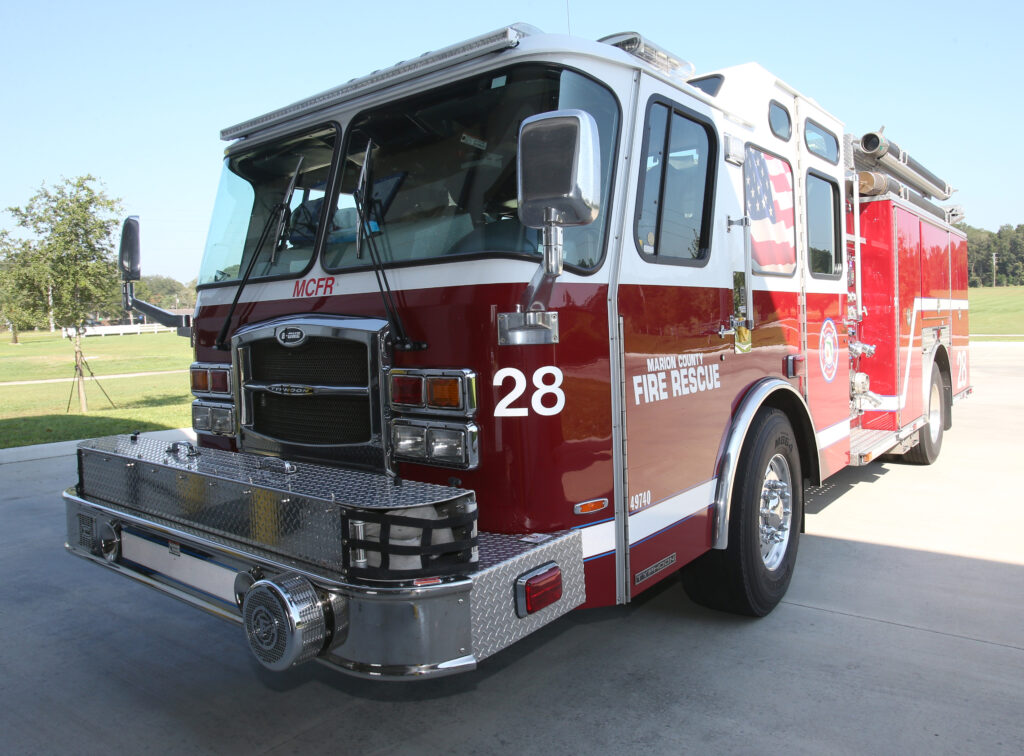 A new firetruck is shown at Marion County Fire Rescue Station 28 in Rolling Greens in Ocala, Fla. on Wednesday, Oct. 14, 2020. The engine was purchased entirely with funding raised through the Penny Sales Tax. [Bruce Ackerman/Ocala Gazette] 2020.

A new Marion County Fire Rescue truck is shown in this October file photo. The Marion County Commission recently approved a plan to switch the order of when two fire stations are built. [Bruce Ackerman/Ocala Gazette]

The Marion County Commission recently agreed to swap the years of funding for rebuilds of the county’s fire rescue stations No. 11 and No. 2.

Fire Station 11, situated at 12250 NW Gainesville Rd. near Reddick, is just down the road from the Florida State Fire College. Lucas says new amenities will include cancer-prevention initiatives (such as a direct-exhaust capture system) and increased shower capacity to aid with decontamination, like coming back to the station after responding to a COVID-19-related call.

“It will provide for, you know, a faster response, a lot of what Station 11 does is on the interstate because (of) their close proximity to 75,” Lucas said. “It will give our firefighters a better place to live.”