Dunnellon’s chamber gets pressure to walk it back. 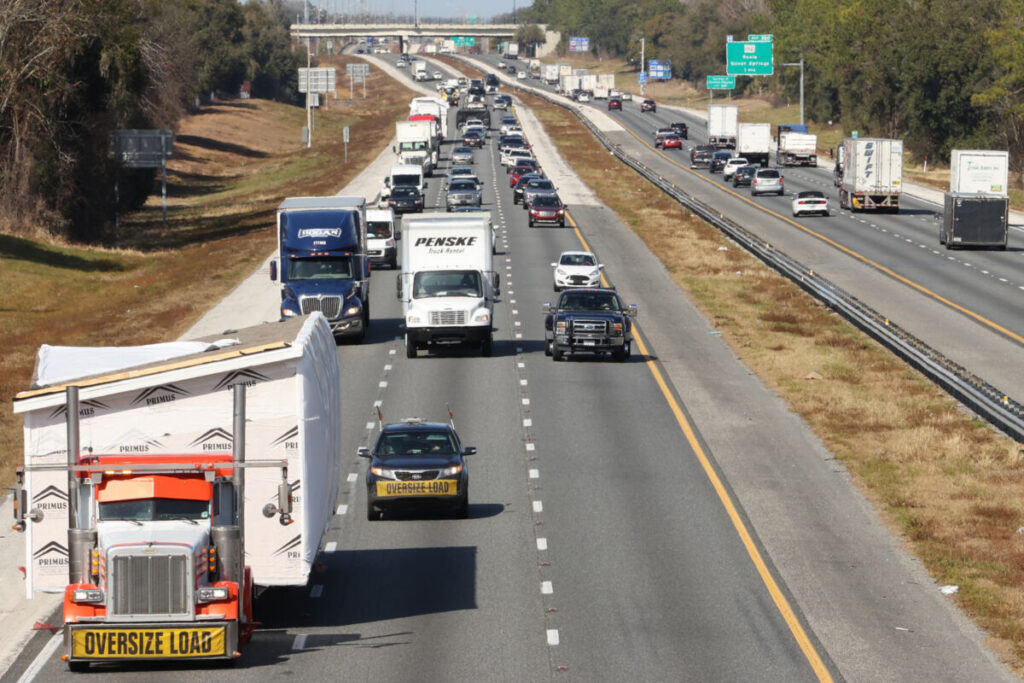 A letter written by a trio of local chambers of commerce last month that seemingly supported the proposed northern extension to Florida’s Turnpike has created so much backlash by the ever-increasing, “no-build,” movement, that one of the chambers was recently forced to clarify its position on the matter.

Florida Department of Transportation (FDOT) is currently evaluating an extension of Florida’s Turnpike from where it ends in Wildwood to one of four potential routes through Citrus, Levy, Marion, and Sumter Counties.

“As FDOT and FTE consider the four preliminary alternative corridors to extend the Florida Turnpike to U.S. Highway 19,” the joint letter said, “the Citrus County Chamber of Commerce, the Ocala Metro Chamber & Economic Partnership, and the Dunnellon Chamber & Business Association recognize that our chambers can and should be able to help DOT through this process.”

The letter also stated: “Our respective Chambers have done much to listen to the concerns of our businesses and our residents and have already worked hard to help calm the rhetoric and correct the misinformation that has circulated,” and was signed by Josh Wooten and Kevin Sheilley, presidents and CEOs of the Citrus and Ocala chambers, respectively, and Judy Terwilliger, executive director of the Dunnellon chamber.

In Dunnellon, the letter riled so many residents on the “no build,” side that nearly 50 of them showed up at a May 24 special city council meeting, with roughly two dozen speaking out against the possible toll-road extension.

The Dunnellon City Council, which also expressed concerns over the letter during the meeting, then voted unanimously to send a copy of its December “no-build,” resolution to the city’s chamber of commerce, as a reminder of its stance regarding the issue.

Then on May 25, Dunnellon City Council member Jan Cubbage wrote an OP-ED to local papers, including The Ocala Gazette, part of which said the joint chamber letter was, “a message of outright submission to go ahead and build the proposed six-lane turnpike through SW Marion County.”

Cubbage’s letter also said, “Dunnellon City Council consensus was that this letter of unity crafted to open the doors for turnpike construction written by the commerce chambers of Ocala, Citrus County, and Dunnellon should be retracted in respect to any association with the City of Dunnellon.”

Days later, on May 27, Terwilliger, the head of the Dunnellon Chamber, issued a clarification on the joint letter, through City of Dunnellon Mayor Bill White part of which stated:

“After surveying our membership, our stance is and has been AGAINST the Turnpike Extension as is the desire of our members. Our sole intention concerning the letter is to ensure that our community has a seat at the table so that we have a voice to express the desire to preserve our environmentally sensitive areas and our way of life,” the Dunnellon Chamber wrote. 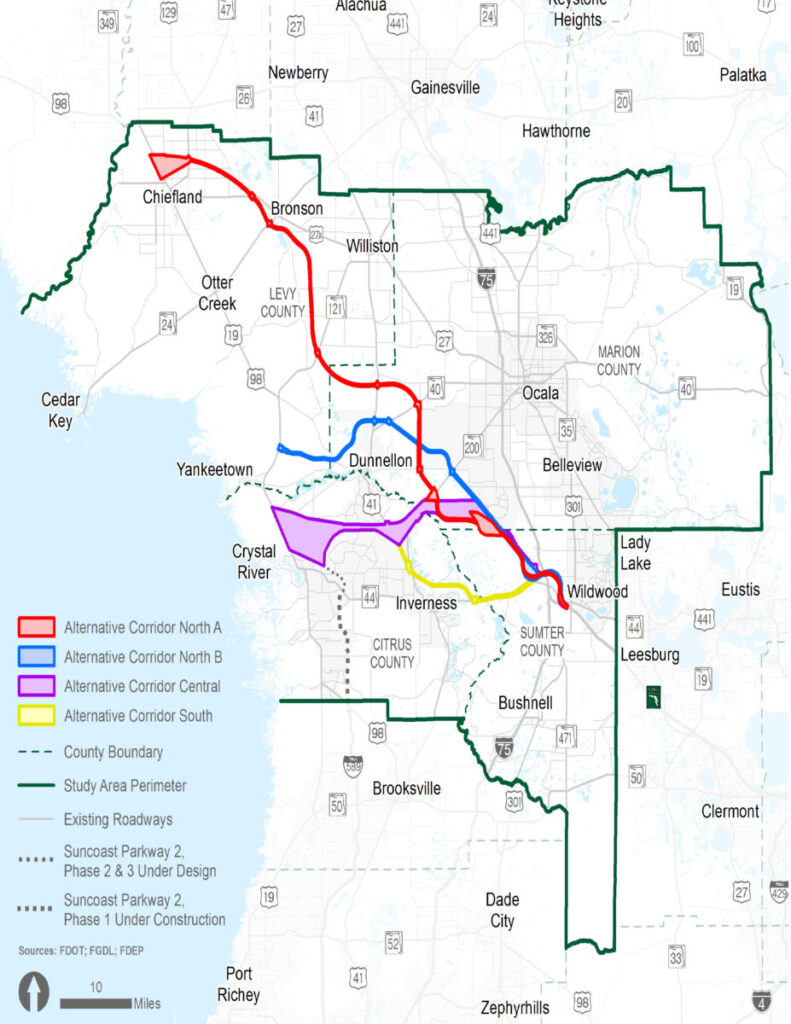 In the meantime, the anti-turnpike extension movement has gained more support from local entities including Citrus County Commissioners, who unanimously voted during a May 23 public workshop to back the no-build option for three of the four potential routes that would go through the county.

The meeting, during which more than 40 citizens and representatives of environmental, wildlife and conservation groups spoke against the possible extension of the toll road, ended with commissioners requesting county staff to draft a resolution asking the FDOT to end its study of the three potential routes but continue the study on the northernmost corridor or to consider expanding existing corridors.

Citrus County Commissioners have instructed staff to bring them a no build resolution. If adopted, Citrus will join Levy County and the municipalities of Dunnellon, Inglis, Inverness, and Yankeetown in opposing the extension.

Marion County Commissioners Dec. 21 however, decided against opposing the extension, opting instead to send a letter to FDOT reminding the agency of the County’s adopted comprehensive plan that prohibits the development of expressways or toll roads within the Farmland Preservation Area (FPA).

Crystal River City Council members, meanwhile, voted May 23 to have a turnpike representative speak at a future meeting before it takes a stance on the extension.

The proposed northern turnpike extension is a result of Senate Bill 100, which repealed the 2019 M-CORES (Multi-use Corridors of Regional Economic Significance) toll road mandate that required FDOT to build three new turnpikes in 2023 but still allowed FDOT to evaluate a northern extension from its end in Wildwood and begin a Project Development and Environmental (PD&E) Study.

Backlash was swift, with a bevy of environmental and conservation groups vigorously opposing the extension including Audubon Florida, the Florida Native Plant Society and Sierra Club Florida, and the grassroots organization, the No Roads to Ruin Coalition.

Many residents also oppose the extension, saying the state should consider widening and improving existing highways, including I-75 and or State Road 19 instead. Three MCORES task forces concluded their studies on the three proposed turnpikes in November 2020, sending their final report to Gov. Ron DeSantis:

“The Task Force did not reach a conclusion, based on the information available at this time, that there is a specific need for a completely new greenfield corridor or modifications of existing facilities through the study area to achieve the statutory purpose.”

A greenfield corridor is a completely new roadway in an area where one does not already exist.

The final report also noted that “If specific needs are identified, the Task Force expressed a preference for improvement or expansion of existing major highway corridors.”

The Southwest Florida Water Management District, or Swiftmud, also wrote a letter to Florida’s Turnpike Enterprise on Feb. 14 saying it opposed the extension because all four potential corridors would either dissect or bisect District-owned conservation lands.

A status report on the study is due to Gov. DeSantis and the Florida Legislature by Dec. 31.