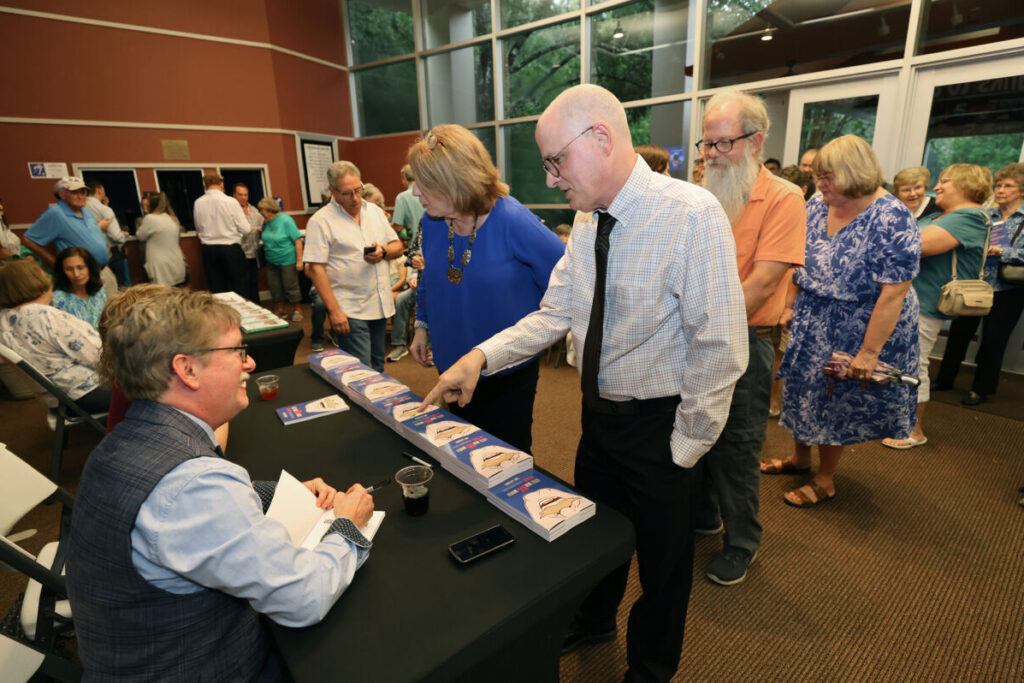 The lobby of the theater was packed with book buyers and well-wishers, including a large number of Schlenker’s former colleagues from the “Ocala Star-Banner.”

Schlenker is well known for his many years as an editor and writer at the daily newspaper and also as a columnist with the monthly “Ocala Style” magazine, the “Gazette’s” sister publication, for the past three years.

His new book is a compilation of columns from “Style” and the “Banner.” Half of the proceeds of book sales from the evening were to benefit OCT, with which he has been involved for years as a performer, stage dad and board member.

As soon as the doors opened Monday night, a long line of people cued up to purchase books or brought one with them. Schlenker, seated at a table with his wife Amy, who, along with their two daughters, was often a subject of his columns, happily signed autographs.

At an adjacent table, longtime local public relations professional and community leader Toni James sat with Maclyn Walker, the daughter of the late David Cook, who also was well known for his many years and various job titles with the “Star-Banner.” They sold copies of Cook’s “The Way It Was: A Trek Through Marion County’s Past, Vol. 2.” Proceeds from those sales were to benefit the Historic Ocala Preservation Society. Schlenker, along with James, was instrumental in publishing volumes one and two of Cook’s historical columns. 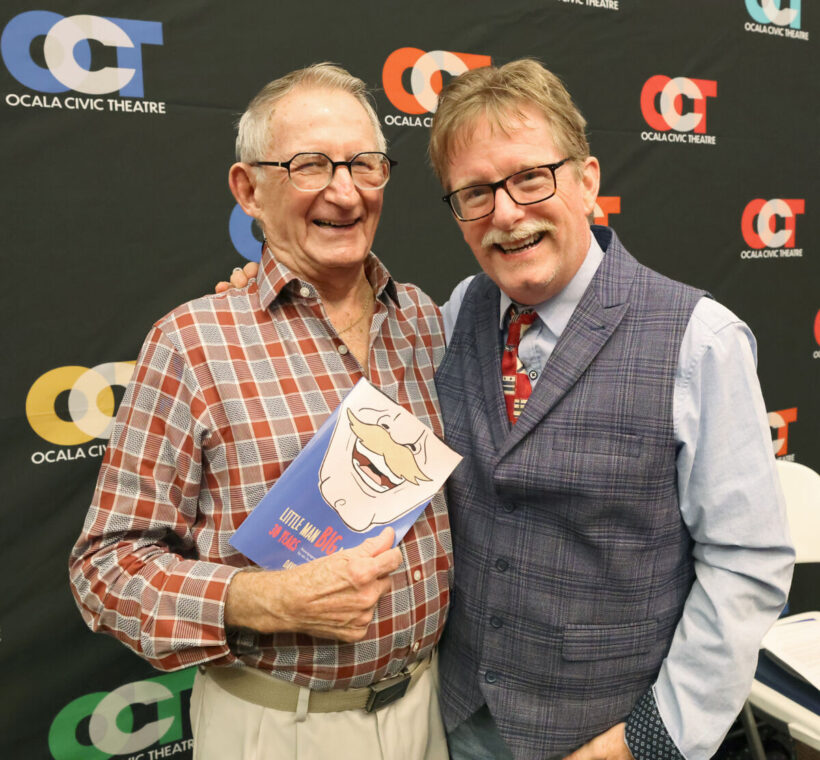 Dave Schlenker, right, poses for a photo with his father, Grant, during the book release party for his new book “Little Man Big Mouth” at the Ocala Civic Theatre in Ocala on Monday, August 29, 2022. [Bruce Ackerman/Ocala Gazette] 2022. 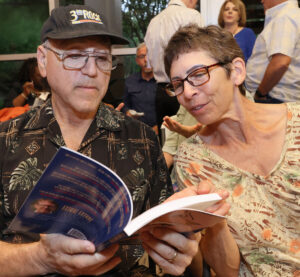 Midway through Monday’s event, Amy Mangan, herself a noted local author, and entertainers Macey Mac and Reverend Billy C. Wirtz, read chapters from Schlenker’s book, which alternately had the audience wiping tears or howling with laughter.

“Thank you all for coming,” Schlenker told the audience after the readings. “Hey, there’s my dad… and friends from North Carolina. Thank you again. Now I’ll sign as many books as I can.”

“Little Man Big Mouth” is available through online sites and at the Gallery on Magnolia in downtown Ocala. To learn more, go to facebook.com/dave.schlenker