Ocala will light up, without the crowd 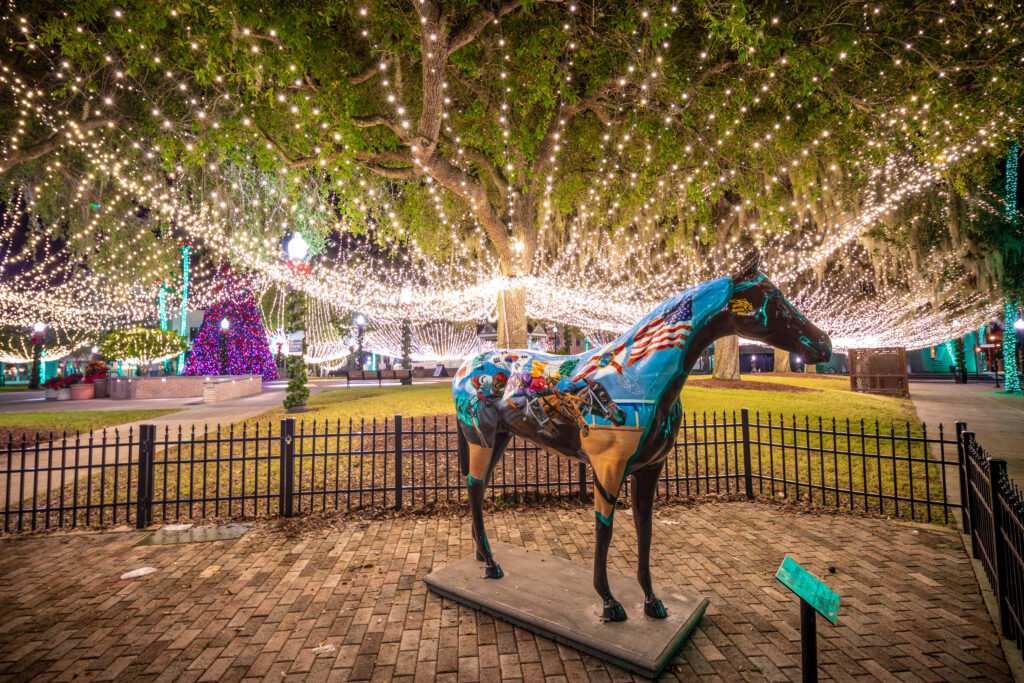 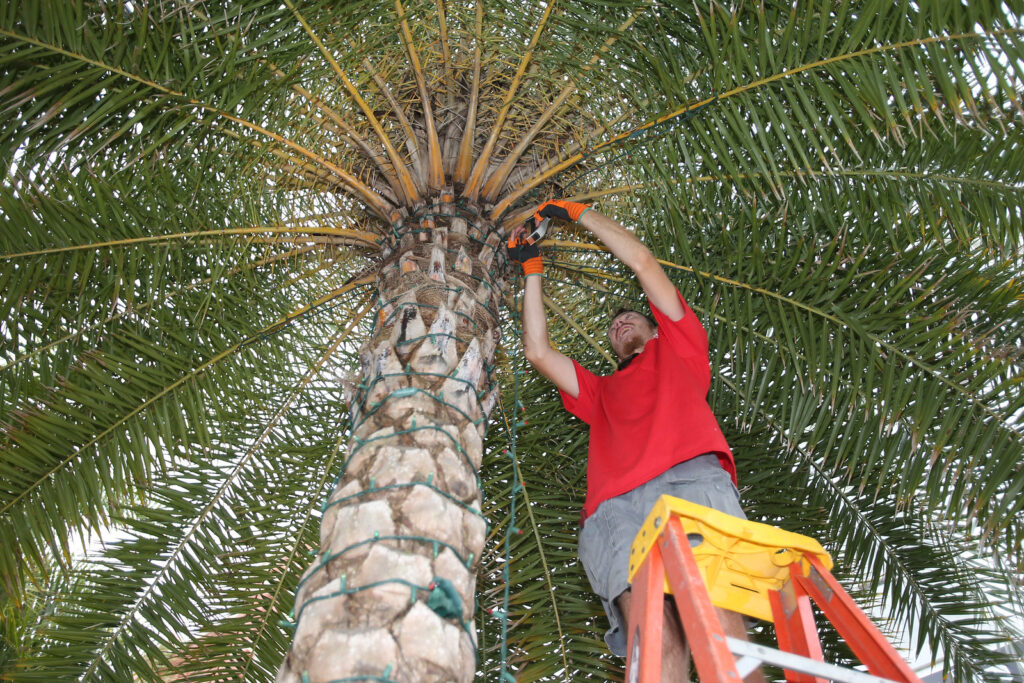 Chris Thorell of Clark Sales Display in Tavares hangs Christmas lights on a palm on the Ocala Downtown Square as he decorates for Light Up Ocala on South Magnolia Avenue in Ocala, Fla. on Tuesday, Oct. 20, 2020. [Bruce Ackerman/Ocala Gazette] 2020.

The hundreds of thousands of lights that bedeck downtown each Christmas season will still light up Ocala, but city administration officials recommended against holding the event because of the size of the crowd it draws and the threat of spreading the deadly virus.

Assistant City Manager Ken Whitehead told the council that based on the guidelines the council had instructed city staff to follow, the administration was recommending against holding the gathering.

Light Up Ocala, which is sponsored by the city, is an annual tradition that involves some 320,000 lights. Holding the event this year, amidst a pandemic, however, was seen as irresponsible by the majority of the council members.

“If people want to come, let them come,” Guinn said. “… I just think it’s very unfortunate that we’re cancelling something we’ve done all these years.”

Council President Jay Musleh responded to Guinn’s remarks, saying, “This is a city-sanctioned event. While I hate to see it cancelled, I don’t think the reason to do it can be because we’ve always done it.”

The council had asked the administration to make a recommendation based on guidelines from state Health Department and Gov. Ron DeSantis’s office. At an Oct. 6 council meeting, Whitehead told council members that the biggest problem was the size of the crowd in such a small area, and the risk to the dozens of city employees who would be required to work to put the event on.

Whitehead emphasized that while Light Up Ocala will not be held this year, Ocala will still light up, just as it always does. And people can come downtown to view them whenever they want. Moreover, he said, the city is planning a series of smaller holiday events, Holiday Happenings, throughout the holiday season to give people something to do when they come downtown to view the light display.