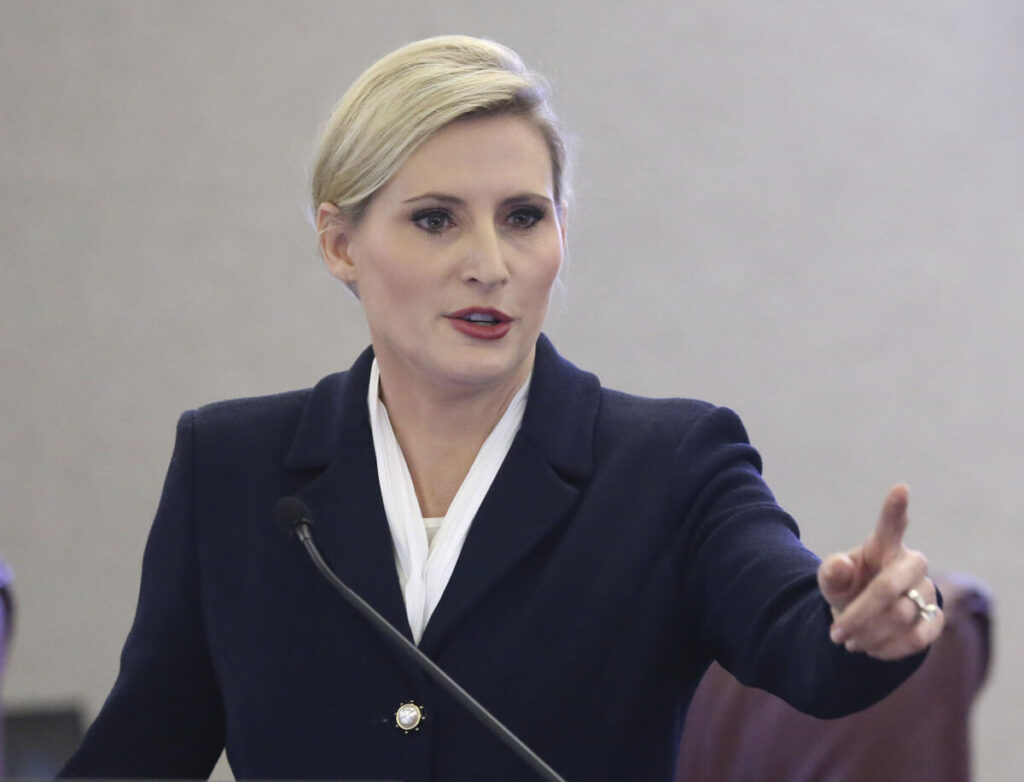 Secretary of State Laurel Lee, a former circuit judge who helped steer Florida through the 2020 elections, is stepping down after a little more than three years in her post.

Lee’s resignation is effective Monday and came as Florida prepares for the Aug. 23 primary elections and the Nov. 8 general election.

Lee has received much of her attention for being Florida’s chief elections officer, a high-profile role in a state with a history of election controversies. But as head of the Department of State, she also oversees such things as the Division of Corporations, the Division of Historical Resources and the Division of Library and Information Services.

The Florida Politics website reported Thursday that Lee might run in newly redrawn Congressional District 15, a Republican-leaning district in the Tampa Bay region.

In her letter to DeSantis, Lee wrote, “I will continue to seek what’s best for the citizens of Florida and will always be proud of what we accomplished together. Thank you for the opportunity to be part of your team, and I look forward to what the future holds.”

The governor’s office did not immediately name a permanent or interim replacement. In a statement, DeSantis spokeswoman Taryn Fenske said Lee “helped ensure Florida had an efficient election in 2020, with accurate results. Further, during her tenure, the Department of State formed strong partnerships with federal agencies to make sure Florida received all possible federal resources that are available to prevent and respond to cyber threats on elections.”

“We should all be incredibly concerned on who DeSantis could appoint to this important elections position,” Eskamani tweeted. “The secretary of state also leads FL’s Arts & Culture programs, among other things.”

Many states had controversial 2020 elections, as former President Donald Trump and his supporters filed lawsuits and pushed for recounts after Trump lost. But Florida had relatively few problems, with DeSantis saying it had vanquished the “ghost” of the 2000 presidential recount and other well-documented election problems. He later said Florida held the “smoothest and most successful election of any state” in 2020 but that it couldn’t “rest on our laurels.”

Since then, Republican lawmakers and DeSantis have enacted a series of measures that Democrats, civil-rights and voting-rights groups argue make it harder for Black and Hispanic Floridians to register and vote. A bill passed this year drew heavy scrutiny, at least in part because it created an office in the Department of State to investigate alleged voting irregularities.

The state also is embroiled in legal battles about a congressional redistricting plan that DeSantis pushed through the Legislature last month. As the chief elections officer, Lee is a defendant in those lawsuits, which include allegations that the plan unconstitutionally reduces the number of districts likely to elect Black representatives.