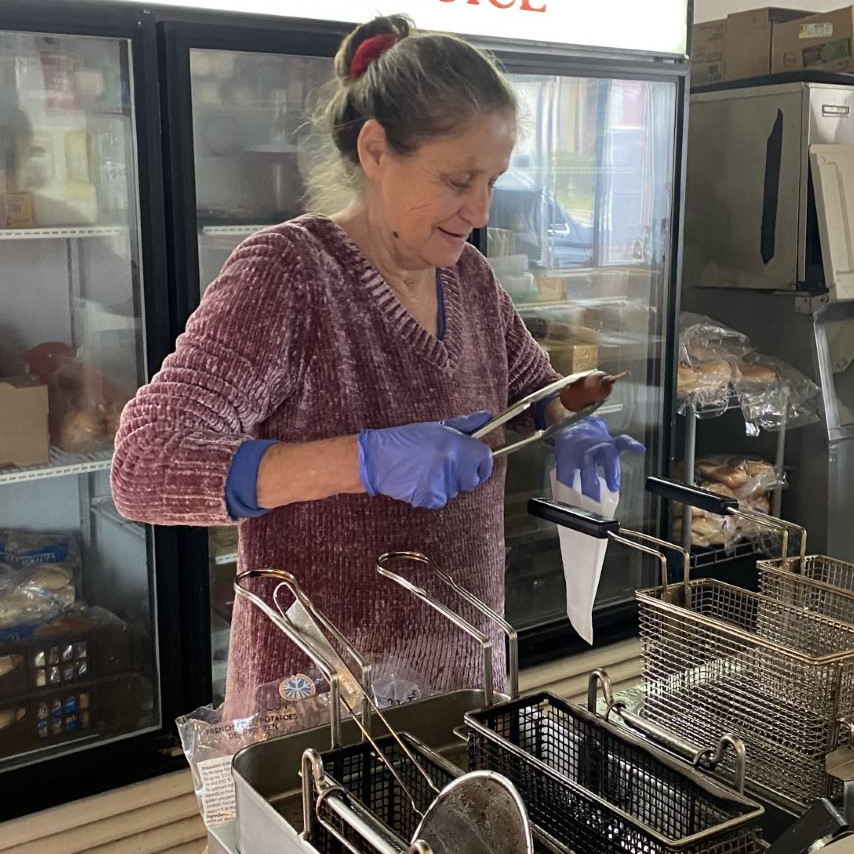 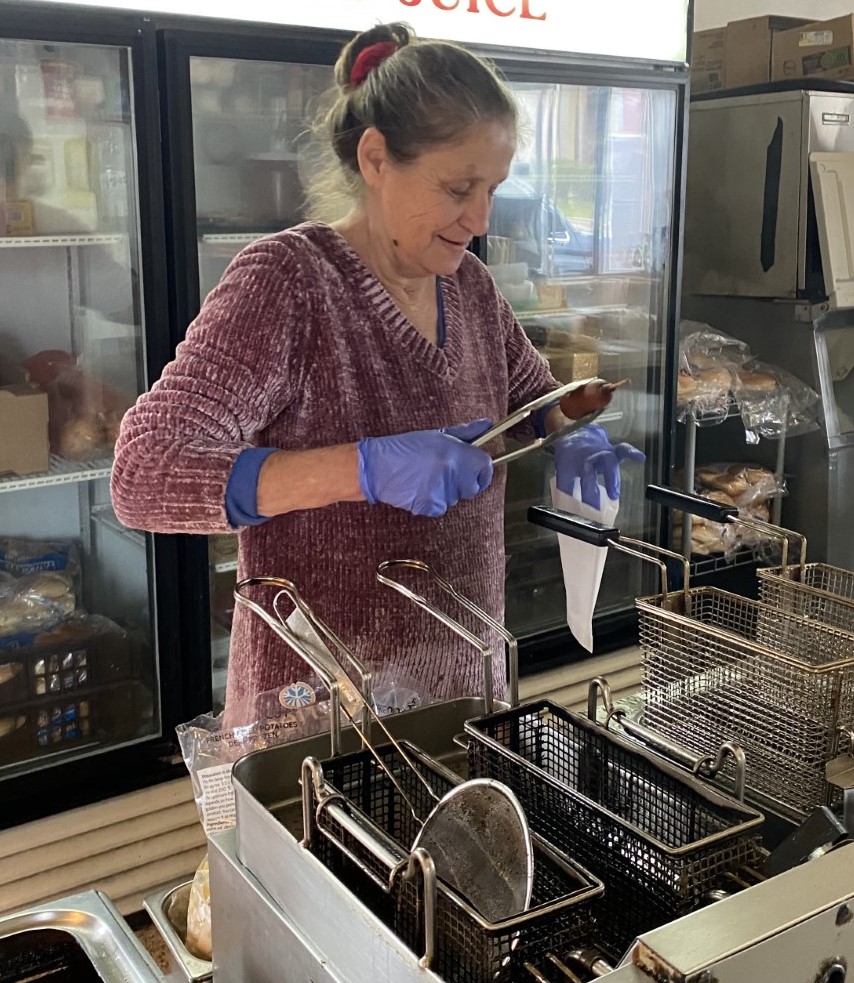 Kathy Mann works on an order at the Hungry Bear drive-thru on Wednesday. The restaurant opened in the mid-1970s and continues to serve up classic favorites. [Ainslie Lee/Ocala Gazette]

As a baby, Danielle Mann lay in a bassinette under a shelf in the 960-square-foot Hungry Bear drive-thru on Osceola Avenue as her mother and aunt filled orders.

More than 30 years later, the restaurant – an Ocala tradition – continues to play a big part in her life.

“My sister was cooking, I was waiting windows, and she (Mann) was in the bassinette,” said Linda Williams, Mann’s mother. “She’d start crying, and we’d throw a piece of lettuce at her.”

After Mann’s aunt, Gladys, took over the drive-thru burger joint in 1987, the Hungry Bear was never far from her life.

In 2009, Mann’s son became the second generation to spend baby time inside the “Bear.”

“It was always, ‘Go see Aunt Gladys and get some free food,’ and just always knowing the Bear,” Mann said. “And now my kids, they just know the Hungry Bear. They say, ‘That’s grandma’s restaurant,’ and they like telling the kids that we can go to Hungry Bear and get food.”

Williams took over the establishment in 2009 when her sister Gladys Bates, who was the restaurant’s first cook, died. Bates was hired by Larry Mayhew, who built the Hungry Bear in the mid-1970s. He first founded Mayhew Pest Control next door.

Today, both businesses continue, and the parking lot they share can get wild during the lunch rush.

The red brake lights from cars waiting in line for lunch often compete with the white lights of the pest service’s trucks trying to back out.

“They just wait until they either have a chance to pull out or pull in,” Mann said. “They don’t make it a big deal.”

In recent months, the traffic jams have been worse. While many eateries struggled in 2020, Hungry Bear’s business improved.

With many sit-down restaurants not able to operate early on during the pandemic, the drive-thru boomed. Even now, some diners are leery about eating inside restaurants. It keeps lines long.

“There’s been days that you push yourself. You start at the minute we open up, and you don’t stop until you close the doors at night. It’s non-stop moving,” Mann said. “And it was hell there for a while because the one fryer went out, and we were down to one fryer. And that was a pain. People really had to wait then. But they do it. And they come back.”

Hungry Bear’s menu, which plays on the Goldilocks fairy tale, is as steady as its brick walls. Just like in the 70s, you can get a Baby Bear, Mama Bear or Papa Bear burger, which grow in size as the names imply. Then there is the Grandpa Bear, which is a half-pound burger featuring two patties.

“We’re not fast food… we’re a drive-thru, but not fast food,” Williams said. “We try to serve them the food that we would eat. It’s clean food.”

“Just that experience you get from speaking to somebody that genuinely cares,” Mann said. “And knowing it’s made with love.”

Hungry Bear’s food offerings and its drive-thru convenience are not just popular with those who have cars.

It’s “the spot” for nearby Osceola Middle School students after school. They gather around the single picnic table under a canopy.

On a given Friday afternoon, it’s not surprising to see 30 to 40 students at the eatery. It’s also a convenient spot for parents to pick up their children.

The tide of students stems from year to year.

“One year, you’ll have kids like crazy. The next year, you won’t have any,” Williams said.

The tiny brick building has seen generations of children grow up, just like Mann.