How does Ocala decide what businesses get economic incentive grants? 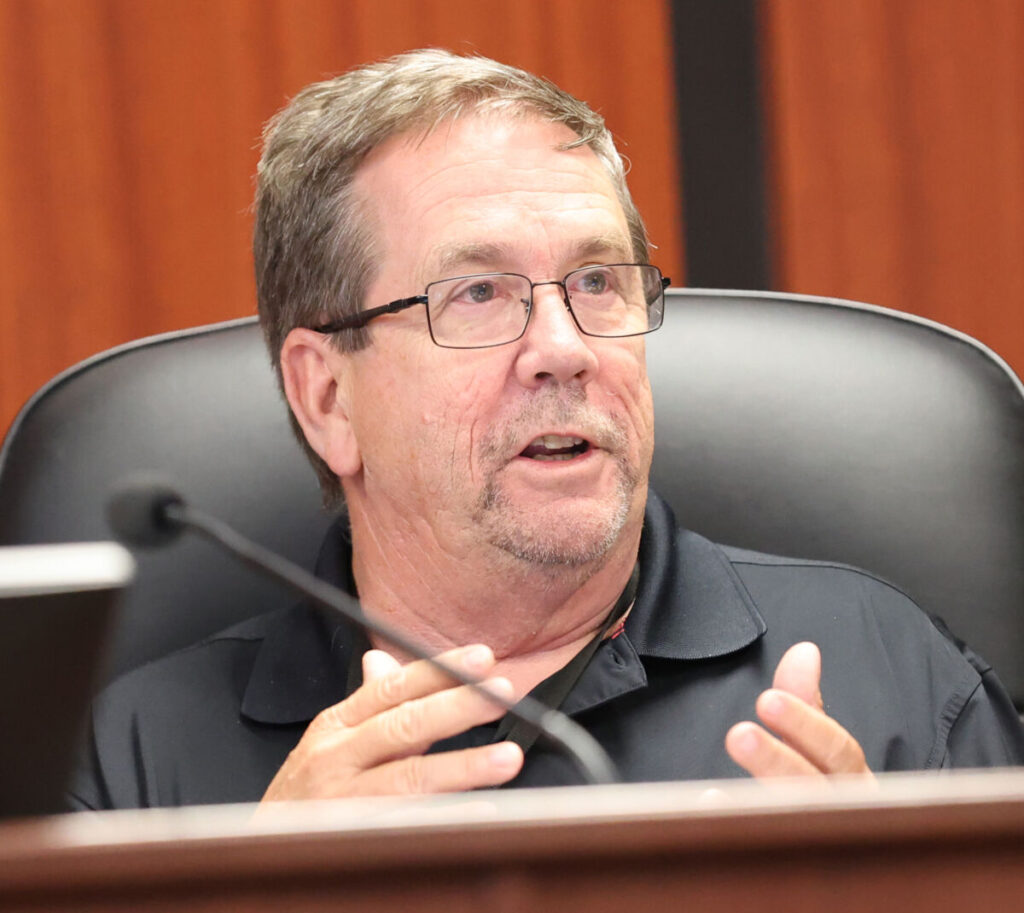 After the May 17 Ocala City Council meeting, in which the board approved one economic incentive grant for a company but denied a second grant for a different company, the Gazette sought to explore the reasoning behind these decisions.

The newspaper noted, for example, that the city staff-generated return-on-investment, or ROI, analysis attached to each request differed considerably in both format and the formula. Is the same process used for all such requests? If so, why were they so different? If not, why not?

Also, the Gazette asked city staff to explain how these economic initiative requests are handled. Does it make a difference if one comes by recommendation of the Ocala/Marion County Chamber & Economic Partnership?

At issue were two requests, the first from R&L Carriers. The company sought $300,000 to offset the costs of water, sewer, fire impact fees and building permit fees for their 125,000-square-foot trucking logistics center that is within the city limits. The council unanimously approved the grant without discussion.

The second request, this one from GTI Florida, LLC, a medical marijuana growing facility, asked for a rate reduction of up to a 20% for five years from Ocala Electric Utility. According to the information in city agenda item, the company has spent almost $30 million erecting two buildings totaling 130,000 square feet at the site of the former Mark III facility.

This request was unanimously denied.

So, what did one request have that the other one lacked?

R&L is owned by the same billionaire developers behind World Equestrian Center, which is also represented by the same lawyers who represent the city of Ocala, Rob Batsel, Jr. and Jimmy Gooding.

When asked about this, city spokesperson Ashley Dobbs told the Gazette in an email, “City Attorney reviewed the R&L agreement for form and legality. The City Attorney has no role in ROI analysis, only city staff prepared the analysis.”

Dobbs indicated that the developer approached the city with its application for the grant on Feb. 4, 2022. She did not know if the company specified whether it would move forward with the project regardless of whether the city gave them the grant.

GTI Florida’s site is just outside the city limits, a point raised by Councilmember Jay Musleh during the May 17 meeting, meaning Ocala would not receive any property tax revenue.

“Now, I want to say that we don’t just say, well, if you don’t live in the city, we’re not going help you out,’’ he said at the time.” We want all of Marion County to grow. But we were we just talking about raising our (Power Cost Adjustment) rate (for Ocala Electric Utility customers). We’re doubling it, and yet we’re (asked) to give a significant rebate back to a non-city [business].”

However, the city’s economic investment program expressly allows the city “to create economic growth within the Ocala city limits and utility service areas through both the attraction of new business and encouragement of existing business to grow and expand.’’

Since GTI was in the utility service area, it qualified.

Musleh also pointed out GTI was building the facility regardless of the incentives and has no choice but to purchase power from OEU. “We just raised [electric] rates and now we want to give a discount here?” Musleh asked rhetorically.

During the discussion of GTI’s request, City Manager Pete Lee noted, “I’ve had discussions with Mr. Sheilley about this project from the beginning,’’ referring to Kevin Sheilley, president and CEO of the CEP. “One aspect was the 50 full-time positions with $54,000 minimum (salary).”

So, again, what set the two requests apart?

The ROI analysis attached to each request differed in both format and the formula. GTI’s included how much revenue they’d contribute to the city’s general fund, even though they were outside of city limits. R&L’s analysis spelled out no such detail.

Although both included an analysis on electric utility revenue, for GTI, the city included how much the wholesale power cost the city. This cost was not included in the R&L analysis. GTI’s analysis also included state impact; R&L’s didn’t.

Interim city manager, Pete Lee, confirmed there is no set formula staff uses when doing a ROI analysis for these grants. The differences reflect the thought processes of the staffers and the specifics of each applicant’s request.

Dobbs said it made no difference if a request comes backed by the CEP. In these two cases, the companies dealt directly with city staff. She indicated that both businesses qualified for an incentive grant, but ultimately, the “Council … decides whether to fund each project.”

“Small Business Investment Program: The purpose of the Small Business Investment Program is to create economic growth within the Ocala city limits and utility service areas through both the attraction of new business and the encouragement of existing businesses to grow and expand. This program is intended for small businesses (minimum 5 employees, maximum 50 employees) that exhibit the need for financial assistance of up to $25,000. Under this program, the City may, on a case-by-case basis, provide financial assistance to or on behalf of a company where a positive return on investment to the City and/or the community can be determined. The City may also create, by addenda to this program, other short-term special recurring or non-recurring economic sustainability programs to address specific economic needs and issues; and may do so city-wide or on a site or area-specific basis. Assistance may include, but is not limited to: the waiving, crediting, or payment of fees; reduced rent on city-owned property; grants; capital improvements; required infrastructure improvements; and grant matching funds among others.

Economic Investment Program: The purpose of the Economic Investment Program is to create economic growth within the Ocala city limits and utility service areas through both the attraction of new business and encouragement of existing business to grow and expand. Under this program, the City may, on a case-by-case basis, provide financial assistance to or on behalf of a company where a positive return on investment to the City and/or the community can be determined. The City may also create other special recurring or nonrecurring economic sustainability programs in response to changes in the local economy and may do so city-wide or on a site or area-specific basis. Assistance may include, but is not limited to; the waiving, crediting, or payment of fees, reduced rent on city-owned property, grants, land donation or exchange, capital improvements, required infrastructure improvements, grant matching funds, gap financing, and loan guarantees among others.”

Musleh told the Gazette after the May 17 voted that he wished the city didn’t issue economic grants at all. But pointing to other communities that offer incentives to attract economic development, he said the city has to be competitive and continue offering them.

Notably, during interviews with city management and council members, need was not a factor in whether a business qualified for a grant. The sense was that incentives were better placed with companies able to move forward with their project with or without the grant since there was less concern about whether they could deliver on their business plan.

However, neither the council members nor city management answered the Gazette’s question on how a grant could be considered an “investment” for either GTI or R&L since both companies are well-established and plan to move forward with their projects regardless of whether the city sweetened the pot with incentives.