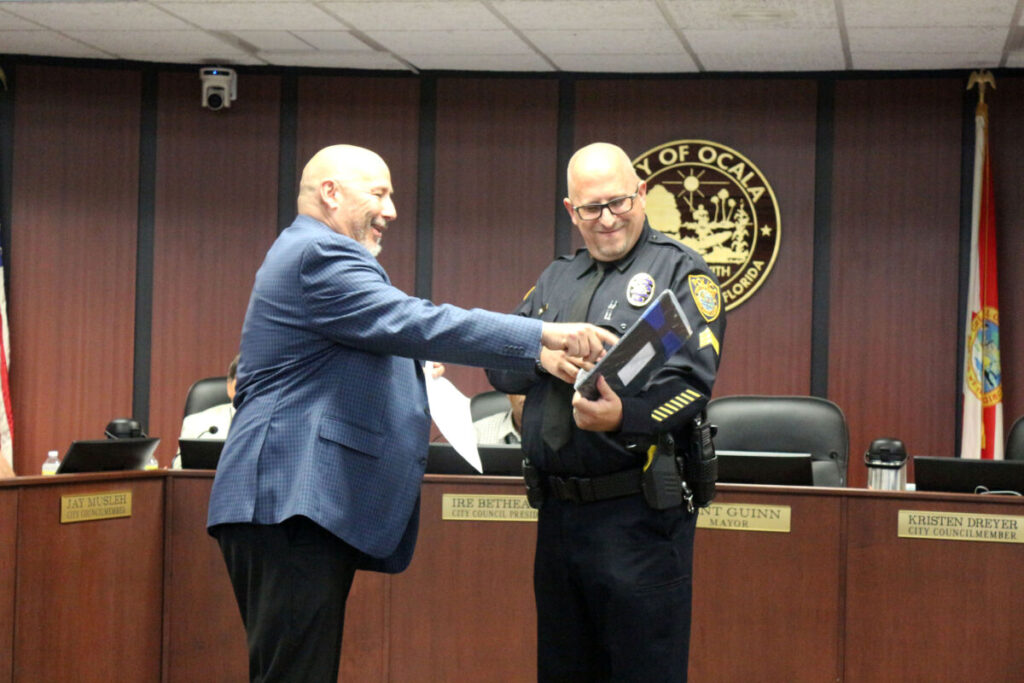 Christman began his career at the OPD in 1997, after moving from Connecticut to Florida two years earlier. A recipient of several accommodations while with the OPD, Sergeant Christman had previously served in various capacities, including as an officer in the patrol division, a detective in property crimes and an agent on the Unified Drug Enforcement Strike Team.

He is married to Sergeant Vicki Christman of the Marion County Sheriff’s Office. He is a father of two adult stepsons, one daughter and the grandfather of two grandsons.

“It’s gone by very quickly,” said Christman of the last 25 years on June 21. “I appreciate everybody, especially the citizens. I say all the time, the reason our job is so easy is because we have such amazing citizens in our community. And that’s just a reflection of how well we’re doing as an agency and of our leadership as well.” 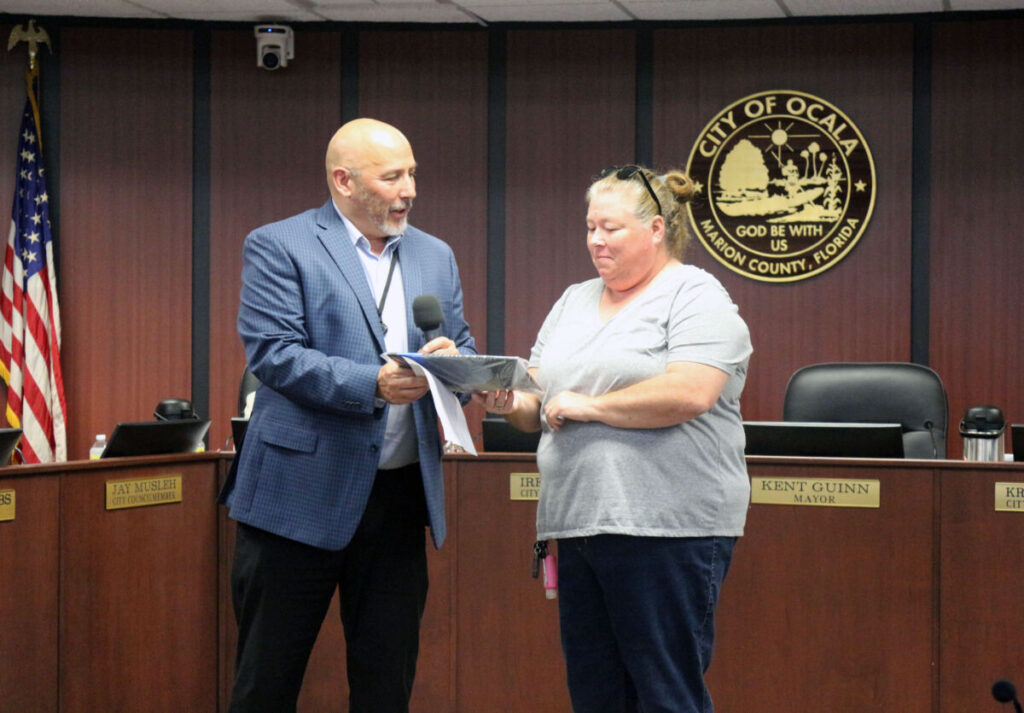 Walker is an equipment operator in the Ocala Public Works Stormwater Division. She was born in Ohio and moved to Florida with her three sisters when she was 10 years old.

She graduated from Lake Weir High School in 1993. She has been married for 29 years to her husband who is presently a Citrus County Sheriff’s deputy and has served in the United States Navy and Army Reserve. They have a daughter who’s a dental assistant and lives in Inverness with her family.

In her spare time, Walker said she enjoys camping, spending time with her family and friends, putting puzzles together and doing crafts.