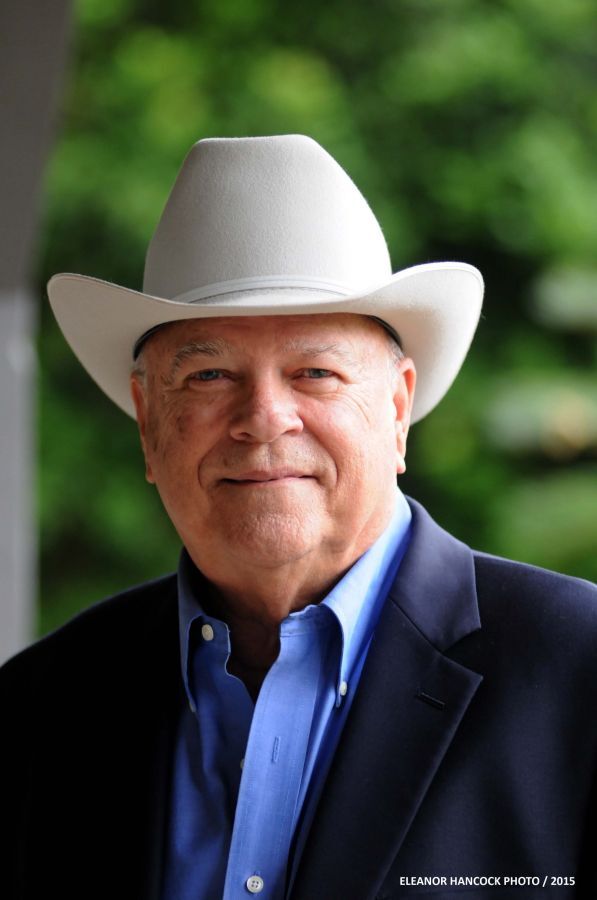 Richard Hancock, longtime executive vice president of the Florida Thoroughbred Breeders’ and Owners’ Association, died on Jan. 20. He was 80.

Hancock held the post for 22 years before he retired in 2011. During those years, he worked to expand Marion County’s presence as a thoroughbred and equine center.

A native of Tusla, Oklahoma, Hancock competed in rodeo for years riding bulls, broncs and roping. A graduate of Oklahoma State University, he earned his law degree from the University of Tulsa College of Law. He had a private practice before becoming a district attorney. He also served two terms in the Oklahoma House of Representatives.

In the 1970s, he got involved in the thoroughbred industry and owned a horse farm in Kentucky. Hancock came to Ocala in 1988 to lead the FTBOA. He worked on changing restrictive pari-mutuel regulations and showcasing Florida-bred racehorses to the rest of the country and world.

“Dick was a dear friend. He was a lawyer, he understood politics, and he understood the horse business. That’s unique. He was a tireless worker on top of that. Along with George Steinbrenner, who was president of FTBOA for a number of years, and Don Dizney, they got a tremendous amount accomplished for racing. Not just for the breeders in Ocala, but the racetracks in Miami,” said J. Michael O’Farrell of the historic Ocala Stud farm.

O’Farrell said Hancock was able to form relationships, even with those on the other side of an issue.

“Dick was able to laugh with them and joke with them, and at the end of the day, they were able to get things done by negotiating,” O’Farrell said. “We wouldn’t be nearly where we are in the industry in Florida if not for Dick. He was a very important part of all that.”

But he did more than direct lobbying efforts in Tallahassee and go on trade missions around the world. He also worked in the community, promoting everything horse-related.

For years, Hancock led the battle against Lexington, Kentucky, for the title of Horse Capital of the World.

In 1999, Hancock got the trademark on behalf of Ocala and Marion County. Lexington objected, and the argument went back and forth, making headlines around the country along the way.

In 2002, the United States Patent and Trademark Office ruled that the FTBOA had exclusive rights to “Ocala/Marion County Horse Capital of the World,” but the broader title of overall horse capital could not be trademarked.

Still, the debate galvanized many in Marion County to take up the mantle, which is still used prominently as an official descriptor of the area.

Hancock also helped promote the fusion between equine and art with the FTBOA’s sponsorship of an art project called Horse Fever in 2000.

It was the first project for the fledgling Marion Cultural Alliance, said Paula King, the group’s founding chairwoman.

The project included 53 horse statues decorated by different artists. The horses went on display across the county and remain one of the most popular art installations in the area. MCA is on its fourth herd of statues, with the latest set to premier for the 20th anniversary. To date, the campaign has raised almost $2 million for the MCA and dozens of charities.

“It’s really safe to say that MCA would never have existed if we didn’t have Dick’s support,” King said.

She said Hancock always looked to promote the community.

“He wanted to elevate the reputation of Ocala overall. He had a tremendous amount of respect for the legacy farms established here,” King said. “He demonstrated that Ocala could stand next to communities like Lexington and Saratoga and other well-known horse centers and call itself one of the horse capitals.”

Lonny Powell, who took over for Hancock at the FTBOA, remembered his predecessor fondly.

“I first met Dick in the 1990s and found him to be a passionate advocate and innovator for Florida thoroughbreds,” he said. “Dick, during his 22 plus years as FTBOA executive director in conjunction with his board and advisors, achieved numerous positive advancements for the Florida thoroughbred industry during much of that career. He will always remain a significant part of FTBOA’s history.”

“You didn’t think about anybody in the equine industry in Marion County, Ocala, the State of Florida without thinking about Dick Hancock. He had such a huge impact on the entire horse community. What a wonderful man, and what a wonderful job he did,” said Jason Reynolds, executive director of the horse park.

During his tenure at FTBOA, Hancock also helped establish Florida Thoroughbred Charities and the Florida Retirement Farm for Ocala/Marion County.

Through it all, he kept his family close, O’Farrell said.

“He loved his children, and he loved his wife, Cathy. He really was a family man,” he said.

Ellie Hancock, one of his daughters, said he will be missed.

“Our father was a wonderful man. The accomplishments he’s had over the years and the focus he put into every community he lived in throughout his life came from his heart. He was always proud of his family and we were blessed to have him in our lives,” Ellie Hancock said.

A private memorial service will be held by the family. In lieu of flowers, the family asks memorial contributions be made to Hospice of Marion County or the Florida Thoroughbred Charities.